Bengaluru, June 20: The Karnataka State Cricket Association (KSCA) has decied to return 50 per cent of the money for those who purchased tickets for the 5th T20I between India and South Africa on Sunday (June 19), which was called off with just 21 balls being bowled due to rain.

India and South Africa were forced to share the spoils in the five-match T20 series after the last game at the Chinnaswamy Stadium in Bengaluru was called off due to rain with only 3.3 overs of play possible.

India and South Africa were on level terms at 2-2 after four matches. 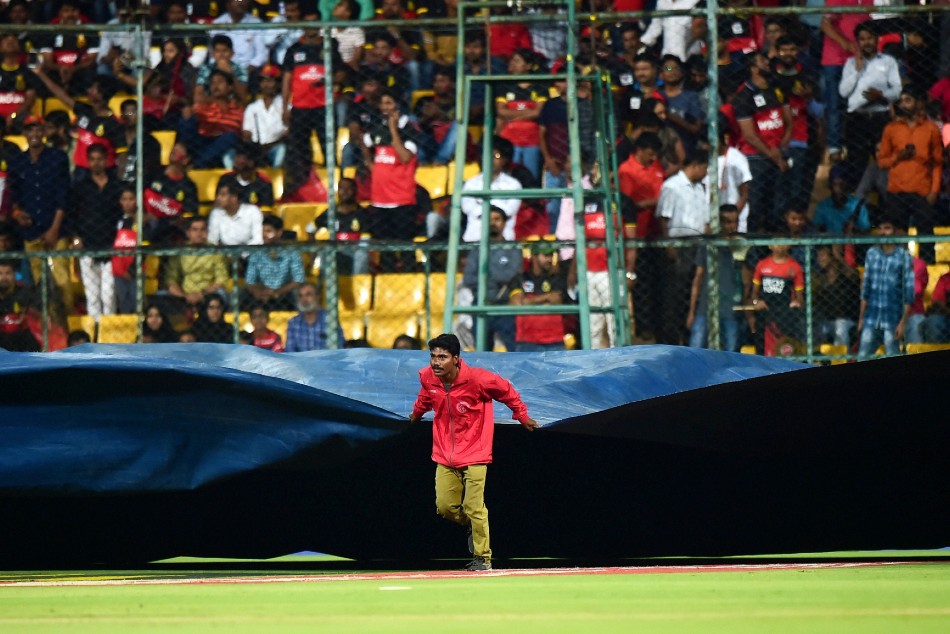 Sent into bat first, India could manage only 28 runs at the expense of Ruturaj Gaikwad and Ishan Kishan. South Africa pacer Lungi Ngidi took both wickets.

After being put into bat, a steady downpour delayed the game by 50 minutes. It started raining just when the game was about to start.

The curtailed match did start at 7:50 PM but was called off after only 16 minutes of play in which India managed 28 runs for the loss of two wickets.

Ngidi got both the wickets of Kishan and Gaikwad with a couple of slower deliveries. Kishan hit two sixes off Keshav Maharaj's opening over but was undone by a loopy slower delivery from Ngidi as he committed to the shot early and played all over it.

Gaikwad also failed to pick up a slower delivery and was holed out at mid-on.

For India, Shreyas Iyer and captain Rishabh Pant were in the middle but soon the skies opened up once again and the umpire's signaled the players to walk back towards the pavilion.

"The host association will soon announce the details of the process to avail the refund for physical and online purchases," a KSCA statement read.

India's scorecard read 28 for two in 3.3 overs when the match was called off.

Earlier in the day, India skipper Pant lost his fifth successive toss as the visitors' stand-in captain Keshav Maharaj won the toss and elected to field first in the series-deciding fifth T20I.

As per the Board of Control for Cricket in India (BCCI) rule, there is no provision for refund of tickets. The BCCI rule says that is even if a single ball is bowled, the full money of the ticket is deducted.

However, KSCA has taken up this a special case and came up with this unique gesture.

"KSCA regret to announce that due to heavy and continuos rains, the 5th T20I played between India and South Africa at the Chinnaswamy Stadium after India batted just 3.3 over.

"As per terms and conditions, even if a single ball is bowled, there shall be no question of refund. However, the KSCA as a gesture towards cricket fans have decided to refund 50 per cent of the amonts for all the paid tickets.

"The modalities with respect to the refund, with the dates, time and venue will be announced shortly. All the paid ticket holders are requested to retain their original tickets to claim refunds," a statement from KSCA Treasurer and Official Spokesman Vinay Mruthyunjaya said.