New Delhi, July 30: Sri Lanka produced a dominant show in all three departments as they defeated India by 7 wickets in the third and final Twenty20 International at R Premadasa Stadium on Thursday (July 29).

The Sri Lankans claimed consecutive wins in the second and third T20Is to register a series win over the much-fancied Indian side. Chasing a paltry target of 82 runs, Sri Lankans crossed the finish line in 14.3 overs and had seven wickets in hand to subject Indians to a big defeat. 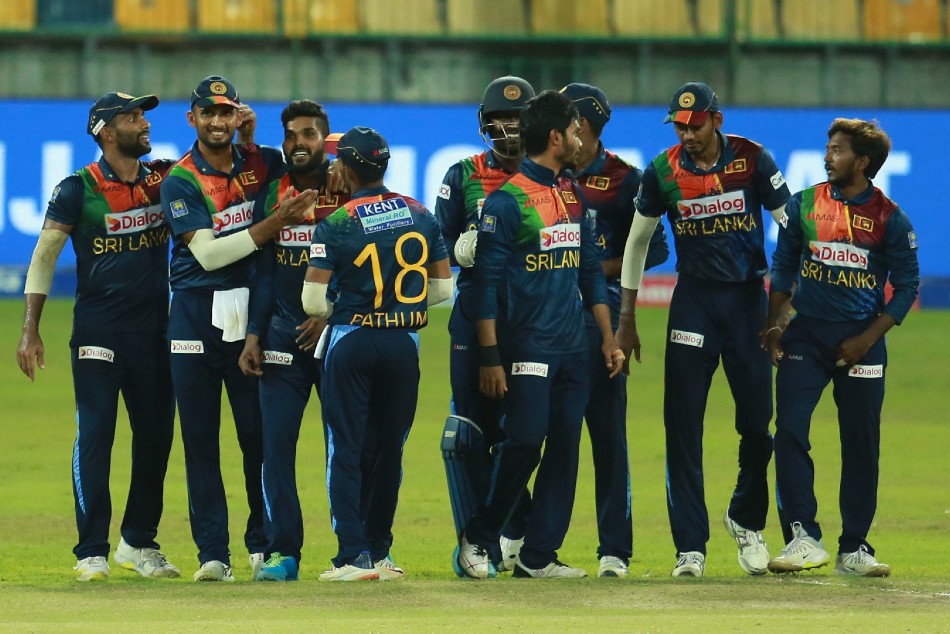 India's squad suffered a further blow with Navdeep Saini ruled out of the winner-takes-all clash through injury. Sandeep Warrier, who had initially made the trip as a net bowler, was handed a debut, but the pace bowler had little to work with after the tourists' top order collapsed.

Captain Shikhar Dhawan fell for a first-ball duck as India slumped to 25-4 after 30 deliveries. Kuldeep Yadav finished up as the top scorer with 23 not out, one of just three players to reach double figures.

Here are the full list of award winners and key stats from the 3rd T20I and the series between India and Sri Lanka:

Player of the match: Wanindu Hasaranga (SL) for conceding just 9 runs from his 4 overs and picking up 4 wickets.

Player of the series: Wanindu Hasaranga (SL) for his brilliant bowling performance all through the T20I series.

Most Wickets (for India): Bhuvneshwar Kumar - 5 wickets (in 3 games)

Interesting stats and records from the match:

# India's 81/8 is now the second-lowest restricted total, for a Test side without being dismissed, while playing their full quota of 20 overs in T20I cricket history.

# Wanindu Hasaranga's figure of 4/9 is the best for a player on a birthday in T20Is.

# This was the first bilateral series win in 21 attempts for Sri Lanka against India across formats since Aug 2008.

# It was the first time Sri Lanka have beaten India in eight bilateral T20I series.

# Three players with origin from Kerala featured in an India Playing XI for the first time in history. Sanju Samson, Sandeep Warrier and Devdutt Padikkal were part of the 3rd T20I.