India wrapped up the T20I series 4-1 against West Indies, with a thumping 88-run victory in the final match at&nbsp;the Lauderhill Stadium on Sunday. 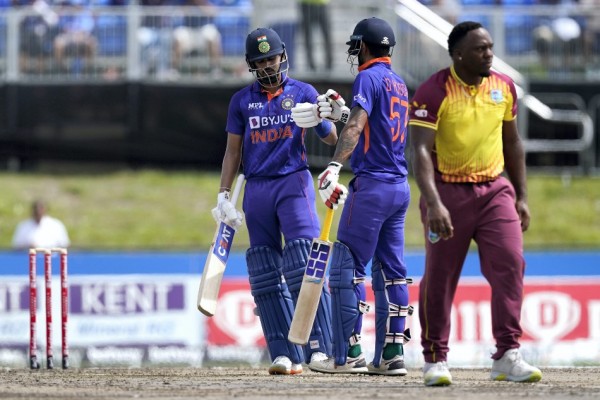 Having already clinched the series, prior to the fifth and final match, the Indian team did not take their foot off the pedal as they completely outplayed Windies, to end the series with a win.

The Indian team brought in four changes, including skipper Rohit Sharma being rested, with Hardik Pandya leading the side. Coming into the team, Shreyas Iyer, opening for India, scored a sizzling half-century as India posted a strong total of 188/7. In reply the bowlers were clinical once again as they bowled out Windies for 100, despite a clinical half-century from Shimron Hetmyer. The Indian spinners were on point as they accounted for all Windies wickets.

After opting to bat, Indian openers Ishan Kishan and Shreyas Iyer got off on the right foot, before Dominic Drakes put the brakes. The pair put up 38 off 28 deliveries for the opening partnership, before Drakes handed Windies the first wicket, removing Kishan (11) to reduce India to 38/1 in 4.3 overs.

But Iyer along with Deepak Hooda put up a solid second-wicket partnership to put India on course for a big total.

The duo stitched together a sizzling stand, adding 76 off 44 for the second-wicket, with Iyer adding 35 off 19, while Hooda scored a solid 38 off 25. In the first ten overs India added 95/1.