Chennai, April 10: The chairman of Indian Premier League (IPL) urged the Centre to ensure enhanced security during matches in Chennai in view of protest threats over Cauvery issue, prompting the Union Home Secretary to ask the chief of the Tamil Nadu Police to do the needful, officials said. 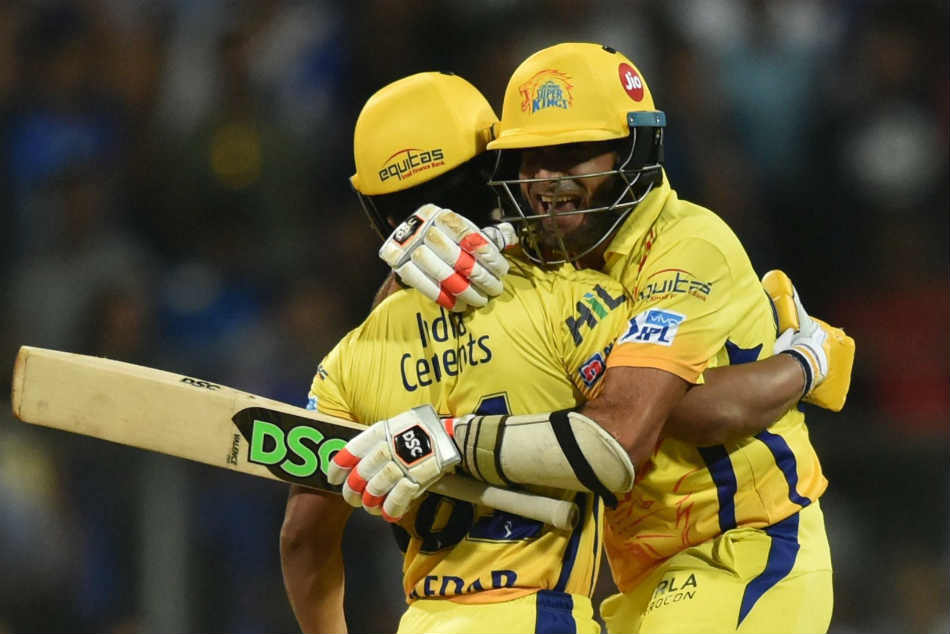 IPL chief Rajeev Shukla met Union Home Secretary Rajiv Gauba and requested him to ensure additional security in and around the M A Chidambaram stadium in Chennai amidst fears that protesters demanding the formation of the Cauvery Management Board might disrupt the matches.

Fight the battle, which you believe in and the way that you feel is right. #CauveryManagementBoard #IPL #CSK pic.twitter.com/l8S5ue6cCs

"The IPL chairman met the Union home secretary and urged him to do the needful for additional security in the M A Chidambaram stadium in Chennai. Following this, the home secretary spoke to the Director General of the Tamil Nadu Police and asked him to ensure proper security during the match," a home ministry official said.

The home secretary also assured the IPL chairman that foolproof security will be provided for all the matches in Chennai, another official said.

Hours before the Chennai Super Kings and Kolkata Knight Riders tie, some pro-Tamil activists tried to stage a demonstration outside the MA Chidambaram stadium against holding of the IPL fixtures in Tamil Nadu amid the raging Cauvery protests.

The activists of T Velumurugan-led Tamizhaga Vazhvurimai Katchi (TVK) tried to picket the stadium, but were immediately removed by the police. The slogan-shouting activists demanded that IPL matches not be held here. The Chidambaram stadium has turned into a virtual fortress with 4,000 policemen including commandos and members of the Rapid Action Force deployed for security ahead of today's (April 10) IPL tie involving CSK and KKR.

How cheap! Some girls going to the stadium just told me that these protesters threatened to rip off their CSK jerseys. They were forced to buy shorts to cover up for their own safety. Is this your peaceful protest?@thenewsminute pic.twitter.com/SqCiroo8Uh

Velmurugan had threatened on Sunday (April 9) to hold protests outside the game venue on match day. "If the match is held despite our plea, we will coordinate with all democratic forces to stop it by organising a massive picketing protest. Many leaders and organisations will participate," he had said, adding, "Cricketers knowing Tamil, please understand our sentiments."

Tamil Nadu has been witnessing protests for the past one week, urging the Centre to constitute the Cauvery Management Board (CMB). Various political parties and outfits have demanded that the IPL matches be not held at a time when the state is witnessing widespread agitations on the vexed issue.

Asking our fans not to watch IPL in Chepauk is like asking a Rajini Fan not to watch Kaala or a Thala fan not to watch his movie or telling a Thalapathy to skip a movie of their Hero. it's just for attention to say that gaining attention using a sport is the solution to CMB.

On February 16, the Supreme Court raised the 270 tmcft share of Cauvery water for Karnataka by 14.75 tmcft and reduced Tamil Nadu's share while compensating it by allowing extraction of 10 tmcft groundwater from the river basin. The court had granted six weeks to the Centre to formulate a scheme to ensure compliance of its 465-page judgement on the decades-old Cauvery dispute, modifying the Cauvery Water Disputes Tribunal award of 2007. The court had also made it clear that it would not be extending the time for this on any ground. The six-week period ended on March 29.

After a wait of nearly 1000 days, our Lions will be roaring in the Den today! 😊💛🦁 Super Morning, Lions! #WhistlePodu #CSKReturns #CSKvsKKR #Yellove