Entertaining knocks from captain Shreyas Iyer (52 off 37) and Shikhar Dhawan (50 off 37) helped Delhi put up a daunting 187 for five before the bowlers delivered once again to stop the RCB at 171 for seven. It was Delhi's eighth win in 12 games, giving them the 16 points needed to seal a top-four berth.

Chennai Super Kings were the first team to quality for the play-offs. On the other hand, it is all but over for the Virat Kohli-led RCB, following their eighth loss in 12 games. 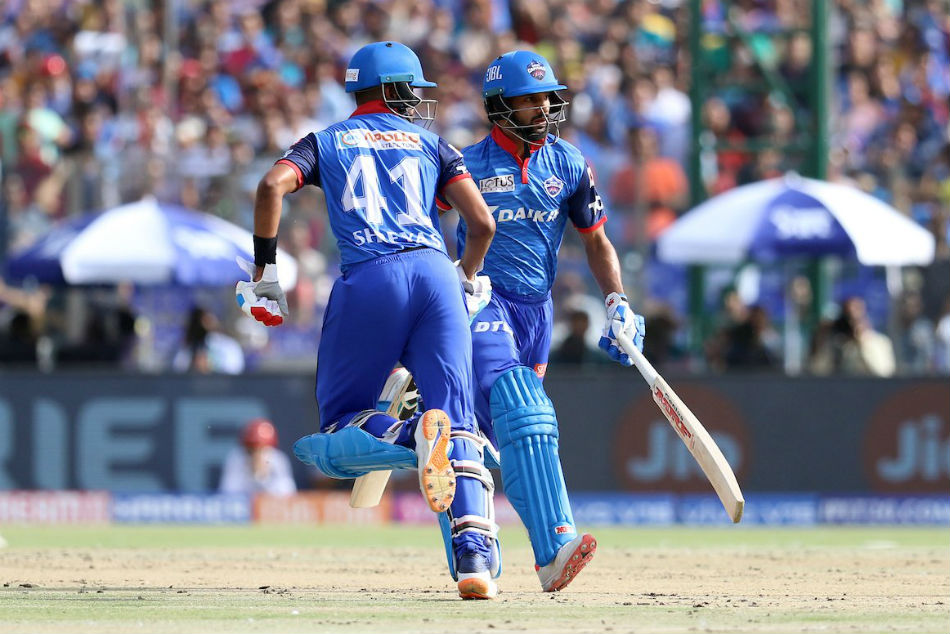 DC Vs RCB: As it happened

With 62 needed off the last five overs, the Delhi bowling attack, led by spinners Amit Mishra (2/29) and Axar Patel (1/26), produced another commendable performance after RCB made a promising start.

RCB opener Parthiv Patel initially resisted the Delhi attack with aplomb, hitting a belligerent 39 off 20 balls with five boundaries and a six while Kohli seemed happy to play spectator at the non-striker's end.

Although it was Delhi's home game but when Kohli survived a caught behind call on 4, it seemed most of the fans had turned up to cheer for the Indian skipper, who did not disappoint and hit the very next ball for a towering six.

With play-off qualification sealed and the @DelhiCapitals sitting pretty at the top of the table, the players are all smiles for the #IPLSelfie 🔥🙌#DCvRCB pic.twitter.com/0WiOjodhQO

The Delhi bowlers replied strongly to the onslaught by the openers by dismissing the duo in quick succession, Kagiso Rabada scalped the wicket off Parthiv while Axar Patel accounted for Kohli (23 off 17), who was caught by Rutherford in the deep.

2012 - the only year when India's four major metros -
Delhi, Mumbai, Kolkata and Chennai
qualified to the last four of an #IPL edition.
Can #IPL2019 repeat this?#DCvRCB#KKRvMI

Wickets continued to fall at regular intervals for RCB as their batsmen failed to make an impact. Patel took a stunning catch at the boundary to dismiss AB de Villiers (17 off 19) in the 12th over and South African Heinrich Klaasen (3) soon followed him into the dressing room.

Shivam Dube (24), who was dropped on 3, was then caught by Dhawan, eliciting the trade-mark thigh-slap celebration from the Indian opener. RCB seemed to be leading towards victory when Marcus Stoinis (32 not out off 24)and Gurkeerat Singh (27 off 19) were in the middle of a blistering stand but the total proved to be too much in the end.

Earlier, half centuries by Dhawan and Iyer coupled with late cameos from Sherfane Rutherford and Axar Patel had powered Delhi to a strong total. Keeping in mind the extremely dry nature of the wicket, Iyer opted to bat first. The openers began the Delhi innings on a steady note.

Dhawan sliced Umesh Yadav over cover point to hit the first boundary for his team. Shaw also hit four boundaries and looked in dangerous form but couldn't capitalise on his good start and perished for 18 in the fourth over with Yadav providing the first breakthrough for the visitors.

Teams to lose 100 matches in the Twenty20 format:

Skipper Iyer edged the first ball he faced to the boundary. His innings of 52 was laced with two fours and three sixes. On the other end, Dhawan continued hitting boundaries at regular intervals to the packed crowd's delight.

The home team reached to 88/1 at the halfway mark. The duo shared a 68-run stand and looked to set a huge target. However, there was a shift in momentum as Yuzvendra Chahal, who was the pick of the bowlers, dismissed Dhawan as he tried to reach out and sweep the ball in the 13th over.

Yay ! Into the PlayOffs after 7 years.
What a happy feeling !
Great effort by the team and amazing support from @DelhiCapitals fans despite the heat at Kotla. #DCvRCB pic.twitter.com/lTsZDbgpSF

The spinner than dismissed danger man Rishabh Pant for 7 in his next over. Delhi then lost wickets of Iyer and Colin Ingram (11) in quick succession. Delhi were struggling at 141 for 5 when Rutherford (28 off 13 balls) and Patel (16 off 9) walked in to share a 46-run partnership with 20 runs coming off the last over.