As CSK registered their fifth win in the tournament and went at the top of the table with a clinical win over previous table toppers Kolkata Knight Riders, MS Dhoni compared the veteran spinners with old wine which only tastes better as it ages.

Harbhajan, who will be 39 in a few months time, and Tahir (40) have troubled the opposition batsmen with their spin and variations. Dhoni has brilliantly exploited the spinner-friendly Chepauk track by fielding these to spinners who never disappointed whenever the skipper threw the ball in their hands.

"The age is on their side. They are like wine and they are maturing. Bhajji has done well in whatever games he has played."

"I have fallen back on Imran whenever needed and he has come up with very good performances. He has confidence in me. He is someone who deceives the batsman quite a few times. Not only a good leggie and googly, (but) he has also got a very good flipper. Overall he is a good package and he is someone I can fall back upon. He is someone who if you tell that this is the right length and pace to bowl on, he executes most of the times," the three-time IPL winning captain said during the post-match presentation. 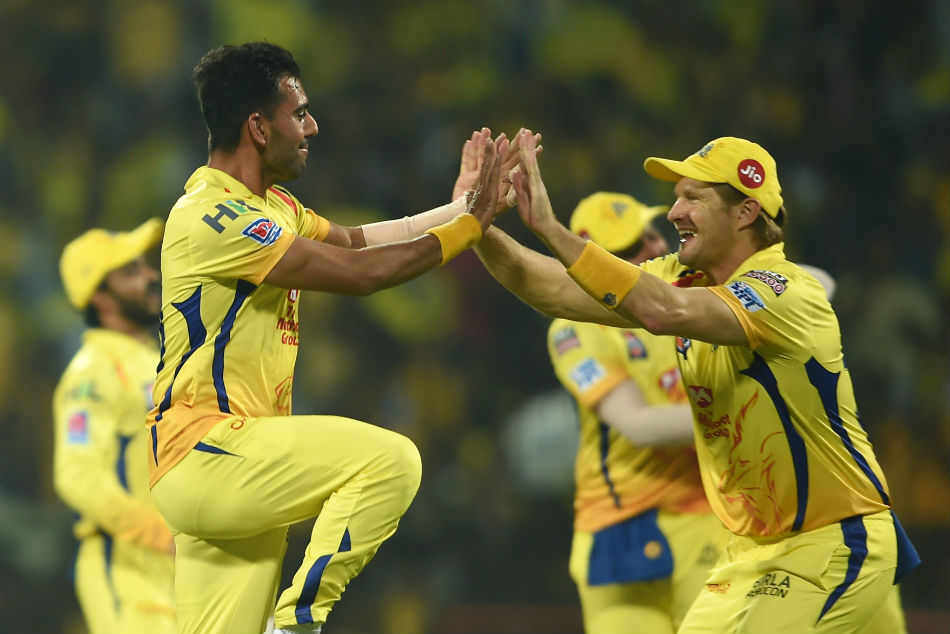 When asked if he discusses with the bowlers about strategies during team sessions and discussions, Dhoni said he leaves that to the bowling coaches L Balaji and Eric Simmons.

"That's the job of the bowling coach. Bala (Balaji) and Eric (Simmons) are doing a good job. If you once set your own plans, then I step in looking at how the batsman is playing. I don't think we have very long bowling meetings which last at best 15 minutes. Nowadays, I have been emphasising on one-on-one meetings and even I am not part of that," he added further.

On making possible changes to the playing xi in the upcoming matches, Dhoni said he's waiting for Dwayne Bravo to get fit. The 37-year-old also rued the absence of his frontline pacer David Willey who has left for England due to family issues.

"Losing Bravo, it is slightly difficult for us to get the combination as we are missing the all-rounder. David is not here as well. So, it can't be a straight swap. I don't think we want to be playing on these tracks. It becomes too low scoring. It becomes slightly difficult for our batsmen as well. It is slightly more difficult batting first but once the dew comes in, it gets better. Hopefully, Bravo gets well soon and we can rotate our playing XI more," the captain cool added further.

When asked about his bonding with the Chennai crowd, Dhoni said the city has adopted him.

"I have been here for a very long time. A lot of good things have happened for me here including my Test debut. The crowd loves CSK and I have been a part of the franchise from the start. It is a special connection and they have really adopted me. We have been cribbing about the track but we have ended up winning the game," said the former India captain.