Hyderabad, April 15: Rishabh Pant is known for his flamboyant brand of cricket and Delhi Capitals batsman Colin Munro feels players like the dashing wicketkeeper batsman are an absolute must in the shortest format of the game.

Once Rishabh gets going, he becomes a nightmare for the bowlers. The left-hander had smashed a 27-ball 78 against Mumbai Indians before scoring 46 against Kolkata Knight Riders.

"Look at someone like Rishabh, he knows his game so well. Whether he is going to bat at number 4, 5 or 6, he's plays the same way and that's okay, we need those players in the T20 format to just go out there and try to take the bull by the horns from ball one," Munro said after DC's win against SRH.

Led by 24-year-old Shreyas Iyer, Delhi Capitals have a young group as its core including the likes of Pant, Indian under-19 world cup winning skipper Prithvi Shaw and South African pacer Kagiso Rabada.

"Just seeing the young guys in our team coming in and playing with absolute freedom, no fear and with clarity in the way they go on about there cricket is great. They know their strengths and weaknesses," he said. 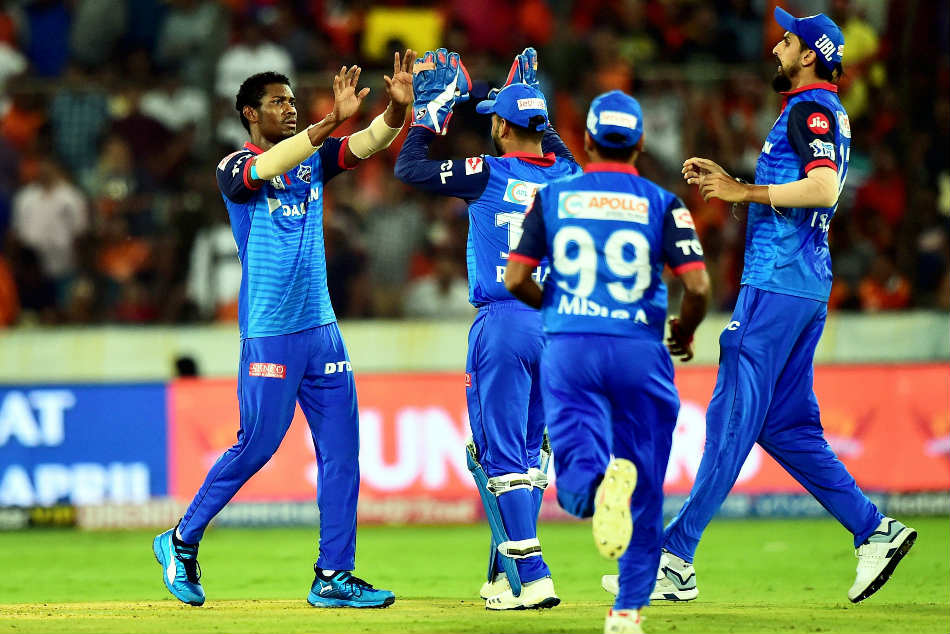 SRH vs DC - As it happened

"The beauty of our team is that we have some really experienced international players and Indian players like Shikhar (Dhawan) and Axar (Patel) alongside youngsters and the boys on the bench are working hard as well."

The New Zealander, who scored 40 off 24 balls against SRH, was also lavish in his praise for Iyer's leadership skills.

"Last year he was named skipper halfway through IPL, I think he has taken it with both hands now. He is very calm and collected on the field and that is great about him," he said.

"He is so young but you learn a lot from him. Today he was talking about fitness so it's not just batting and bowling he's working on, it's all parts of his games. His captaincy is getting stronger and he and Ricky (Ponting) have a good relationship and he is definitely a very good leader."

Talking about his own innings after Delhi lost two early wickets, Munro said he tried and played to his strengths.

"After two wickets down early in the innings I had to play to my strengths and that is going out there and being aggressive," the left-handed batsman said.

Munro credited the Delhi bowlers for providing breakthrough at crucial junctures in the game.

"We got off to a good start but the game got away from us in terms of the run rate, credit to our bowlers because of them we stayed in the contest," he said.

"We knew that if we stayed in the contest for every ball it would go down to the wire and we got those breakthroughs, picking up wickets at crucial stages."