Chennai, April 2: Young Tamil Nadu spinner R Sai Kishore on Thursday (April 2) recalled his "invaluable" learning from the likes of MS Dhoni at the Chennai Super Kings' preparatory camp before it was abruptly called off due to the coronavirus pandemic.

Postponed till April 15, it is unlikely that the Indian Premier League (IPL) will take place in the near future as the COVID-19 continues to spread in the country.

The 23-year old left-arm spinner, who was picked up by three-time IPL champion CSK for Rs 20 lakh in the auction held in December, said he had gained a lot of confidence by being part of the camp, which started on March 2 and was suspended on March 13.

"The training camp was outstanding. The pace was slowly picking up with a couple of matches slated to be played (among the CSK players). It personally gave me a lots of confidence and an outlook as to what to expect and ways to fine-tune preparation," Sai Kishore, 23, said. 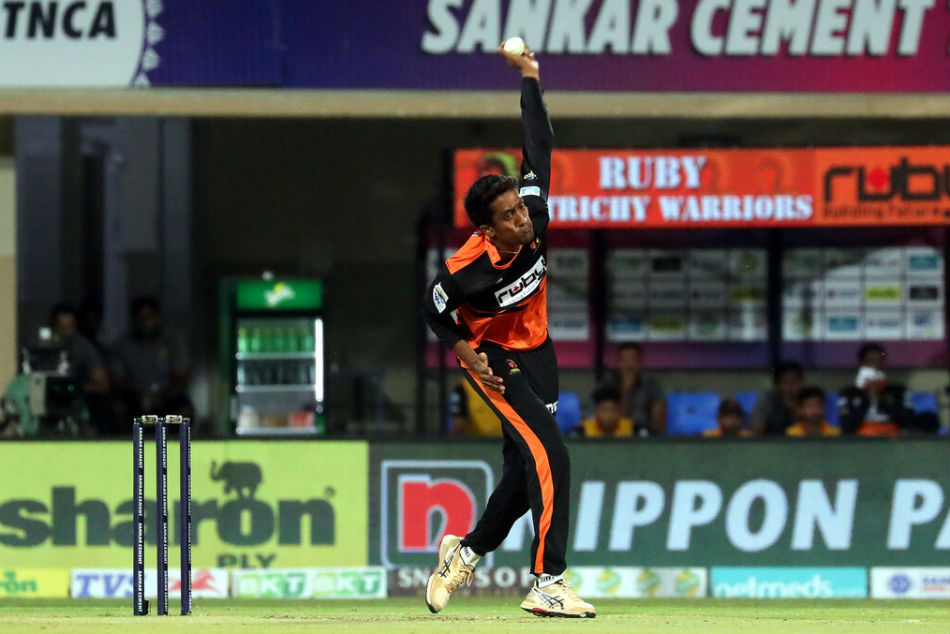 An impressive performance in the Syed Mushtaq Ali Trophy national T20 tournament brought him to the fore and he was snapped up by the Dhoni-led CSK.

Sai Kishore, who had been a net bowler for CSK during the previous IPL, said he got a chance to interact with the big names in the team.

"I interacted (with the likes of Dhoni and the others) during the last day of the camp before we departed and the response I got was, in simple words, very beneficial," he added.

The lanky left-arm tweaker, who was looking to make his maiden IPL appearance after being roped in by CSK, said though the postponement of the league was unexpected owing to the coronavirus pandemic, it provided him enough time to fine-tune his skills.

"Regarding the postponement, there is no real thought. I feel the void. Survival is the priority, so can't really feel bad. On the brighter side, it gives me enough time to fine-tune the skill which needs some tinkering," Kishore, who has been busy with a wedding in the family, said.

Sai Kishore's fellow CSK player N Jagadeesan said though confined to home due to the lockdown, he was training and also playing some cricket.

Orey the shy as the camera meets the eye. #WhistlePodu for namma @saik_99 as he pounces into the #SuperFam! 🦁💛 pic.twitter.com/IlLOwopGYZ

"I just keep doing my own training and stay at home. Being with parents, it is something that we don't actually get when we are on the road. At the same time, I'm making sure that I keep doing my training, my stuff..." he said.

Asked about the IPL being postponed, Jagadeesan said it was the best decision considering what was happening.

"IPL is postponed...but it is also for the well-being of everyone, postponing was best decision. Everybody is going to miss the IPL until it is going to start. At the same time it is important that we care about our health," the Coimbatore-based player, who is yet to make his IPL debut, said.

About the CSK camp, he said it was a good experience.

"Camp was pretty good and we are meeting after a year. I attended the camp in between playing the (TNCA) league matches," Jagadeesan, a regular in the Tamil Nadu Ranji Trophy side, added.