While MS Dhoni's CSK can play party-poopers to teams above them, KKR need a win to keep their hope of qualifying for the IPL 2020 play-offs alive.CSK have registered 4 wins from the 12 matches and are coming into this game on the back of a convincing eight-wicket win against Royal Challengers Bangalore.

Meanwhile, KKR have won and lost 6 matches each and this will be their first game since their eight-wicket defeat against Kings XI Punjab. Eoin Morgan's side dropped to fifth spot due to a lower net run rate and will look to improve on that front as well along with a victory.

Although some have not lived up to their expectations, both teams feature some top T20 talent and a few are approaching milestones ahead of Thursday's match in Dubai.

Here are the players, who are closing in on milestones at the Dubai International Cricket Stadium on Thursday (October 29):

The KKR batsman Nitish Rana, who has opened the batting in the always changing batting line-up, has struck two fifties and scored a total of 265 runs in 12 innings. The left-hander has scored 1350 runs in IPL so far and now requires 87 runs to complete 1000 IPL runs for KKR.

Jadeja, one of the best all-rounders in the league, has not lightened up the tournament. But the Indian all-rounder, who completed 1000 IPL runs earlier this season, is now 1 catch away from completing 50 IPL catches for CSK.

Although it's impossible to achieve in one match, CSK pacers are closing in on a milestone. Both Chahar and Thakur need 5 wickets to complete 50 IPL wickets. 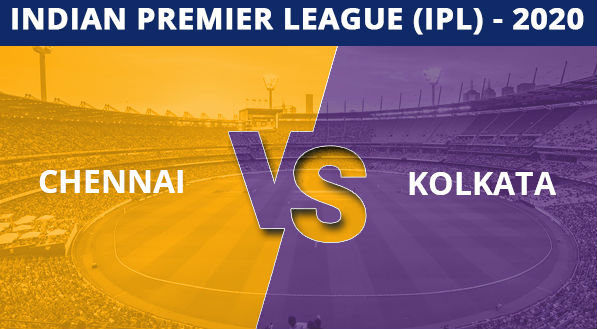 KKR's most versatile batsman Rahul Tripathi, who has scored 188 runs which includes one fifty in 9 innings so far this season, needs 53 runs to complete 1000 IPL runs. Tripathi is also 9 fours short off 100 IPL fours.

The big-hitting West Indian all-rounder hasn't lived up to his hype so far this season and has also missed the last few games due to injury. But if he plays today, he is very close to a milestone as he is 8 runs shy off 1500 IPL runs.