Half-centuries from Shikhar Dhawan and skipper Shreyas Iyer accounted for the bulk of the Capitals' 161-7.

Ben Stokes (41) and Jos Buttler (22) impressed at the top of the Rajasthan reply but neither man could kick on and when Anrich Nortje (2-33) crowned a blistering fast-bowling display by bowling Robin Uthappa for 32, the task was beyond a Royals side who have now lost five of their eight games in the competition.

Jofra Archer gave Rajasthan the perfect start with a beautiful delivery that nipped back off the seam to bowl Prithvi Shaw from the first ball of the match. 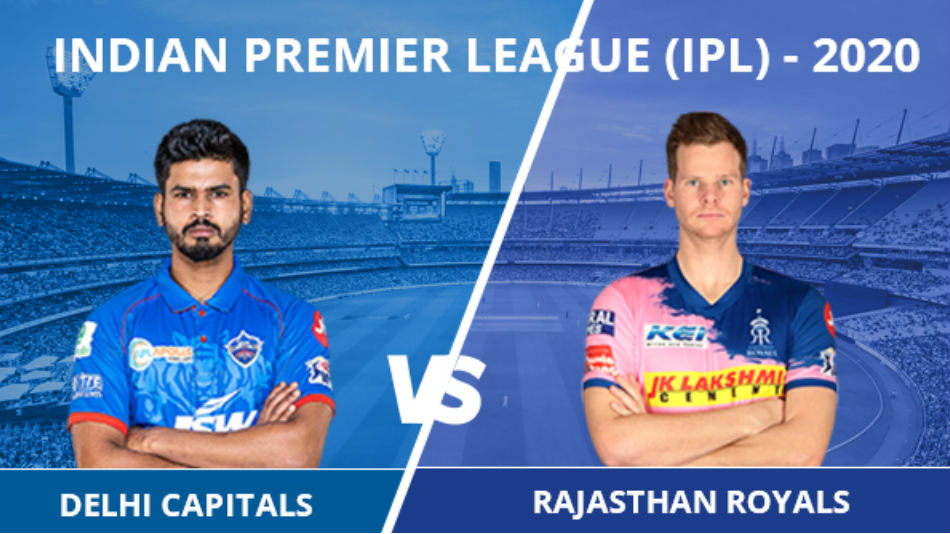 That launched a stunning opening burst of 2-5 from the England paceman, who Ajinkya Rahane pulled tamely to mid-on.

Dhawan played with typical authority until his 33-ball stay ended in inauspicious fashion on 57 when he scooped Shreyas Gopal to Kartik Tyagi at third man.

Iyer passed fifty when a third umpire review showed Stokes had the ball in his hand and a foot grounded behind the rope when attempting to take a catch off Jaydev Unadkat.

The Capitals captain holed out for 53 off Tyagi next over and the end of their innings brought a clatter of wickets, with Archer (3-19) and Unadkat (2-32) the beneficiaries.

Stokes clipped the opening ball of the Royals' reply for four and he and England team-mate Jos Buttler ensured an explosive initial response.

South Africa paceman Nortje elected to meet fire with fire and, having been thumped over wide long-on for six and scooped for a pair of fours, he bowled Buttler to end an undulating nine-ball stay.

Rajasthan's promising start went further off the rails when Smith continued poor recent form by chipping a return catch to Ravichandran Ashwin for one. 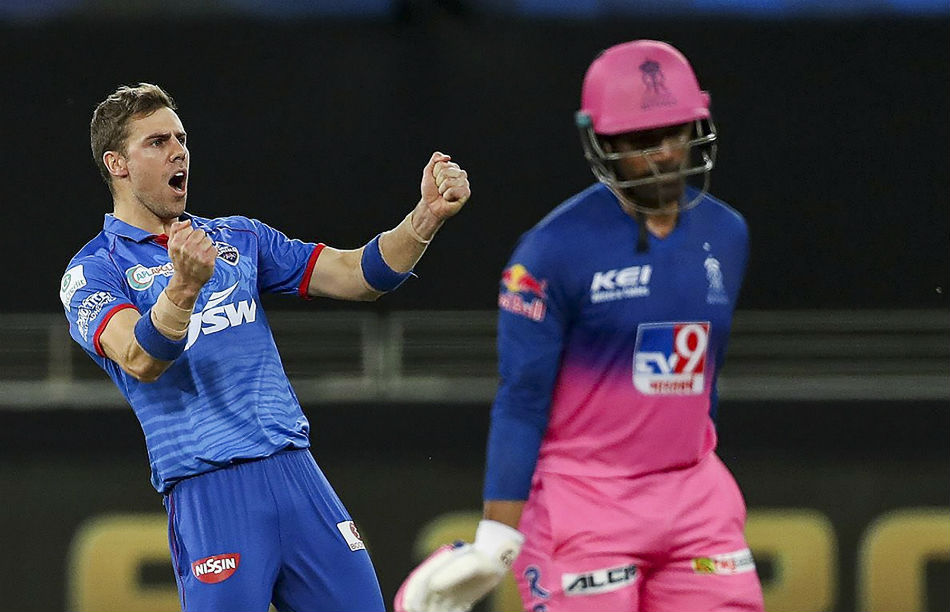 Stokes looked in immaculate touch and hit six fours in his 41 before misjudging Tushar Deshpande's slower ball to be caught in the deep by substitute Lalit Yadav.

Sanju Samson hit Axar Patel over midwicket for a monstrous six that resulted in the retrieved ball being changed but the left-arm spinner had his revenge, bowling the big-hitter for 25.

Patel then accounted for Riyan Parag via a run out - a debacle for which Uthappa was unable to atone as his team-mates limped to148-8.

A brilliant win here for the @DelhiCapitals as they beat #RR by 13 runs in Match 30 of #Dream11IPL.#DCvRR pic.twitter.com/jgF35MrnZR

The pitches of Dubai are rarely thought of as the ideal stage for the world's premier fast bowlers but Archer and Nortje put on a thrilling exhibition of their art. Of the five runs Archer conceded in his opening spell, only two came off the bat.

If none of the Delhi Capitals line-up could get the measure of Archer, the same could not be said about the Royals' batsmen's ability to deal with Nortje initially, as Buttler threatened to dispatch him to all parts.

The solution? Bowl faster. And faster still. The delivery that bowled Buttler and the one he ramped preceding it both touched 156 km/h. It was a gripping battle.

Smith gets it wrong

Normally so reliable with the bat, Smith's form has fallen away dramatically. This was his fifth single-figure score in six innings and the Australia star also fell short with his captaincy.

The decision to remove a rampant Archer from the attack after two overs looked questionable at the time and it felt like Delhi had been decisively let off the hook as Dhawan and Iyer compiled their crucial 85-run stand.