Bengaluru, October 23: Jason Holder, who was making his first appearance for Sunrisers Hyderabad in Indian Premier League (IPL) 2020, made a quick impact as the David-Warner led side cantered home with an eight-wicket against Rajasthan Royals.

West Indies captain Holder, unsold at the IPL auction but drafted in to replace the injured Mitchell Marsh last month, took three for 33 and also ran out Robin Uthappa in his first appearance of the tournament.

All-rounder Holder was given his opportunity after Kane Williamson was ruled out and he grabbed it with both hands. 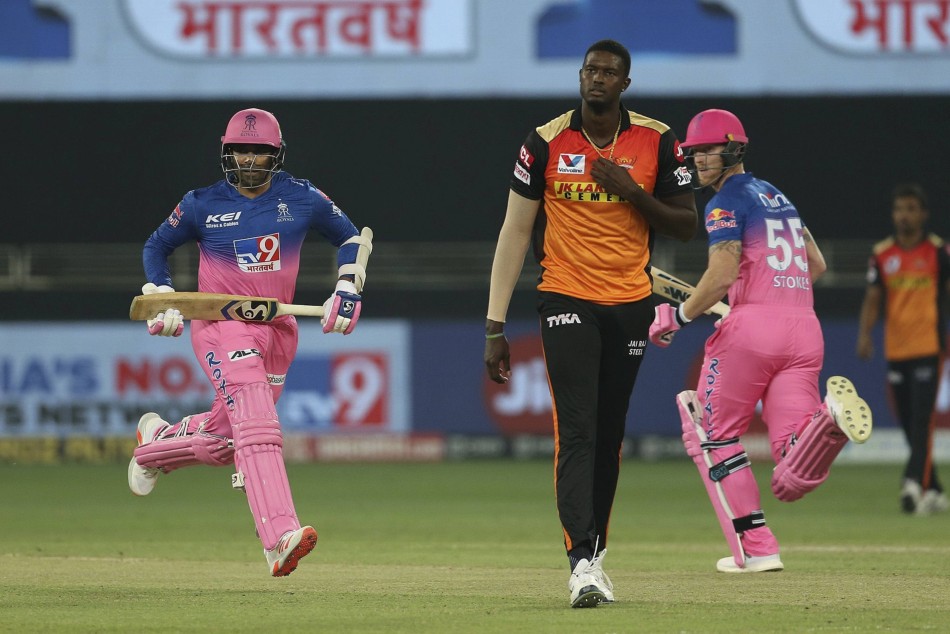 He ended an opening stand of 30 by producing a sharp piece of work to dismiss Uthappa with a direct hit and then bowled the dangerous Sanju Samson with a slower ball, having seen the previous delivery disappear for six.

Holder was not finished there, removing Royals skipper Steve Smith and Riyan Parag from successive deliveries. He bowled 11 dot balls in an impressive start with ball in hand.

Samson top-scored with 36 and Ben Stokes laboured to 30 as the Royals could only post 154 for six after Warner put them in.

At 16 for two in the third over of Sunrisers' reply it was very much game on, but an unbroken stand of 140 between Manish Pandey (83 not out) and Vijak Shankar (52) consigned Rajasthan to defeat with 11 balls tp spare. 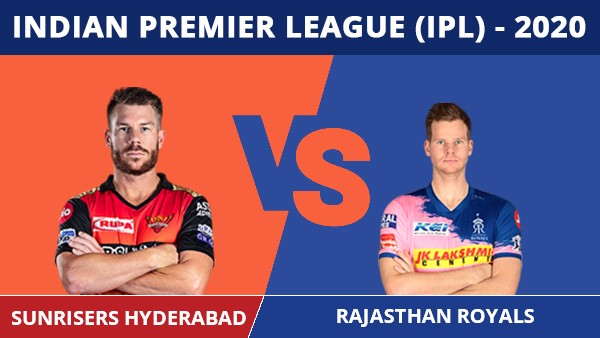 Warner's SRH had lost three consecutive games, but ended their slump with an impressive performance in Match 40 of IPL 2020 at the Dubai Internationl Cricket Stadium on Thursday (October 22) night.

The win helped SRH move upto fifth in IPL 2020 standings as they stay in the hunt for a play-off berth.

For the Royals, who slumped to seventh in the table, it will need a herculean task from here to make it to the last-four.

SRH next take on a resurgent Kings XI Punjab at the same venue on Saturday (October 24).

The Royals are up against defending champions Mumbai Indians a day later at the Sheikh Zayed Stadium in Abu Dhabi.