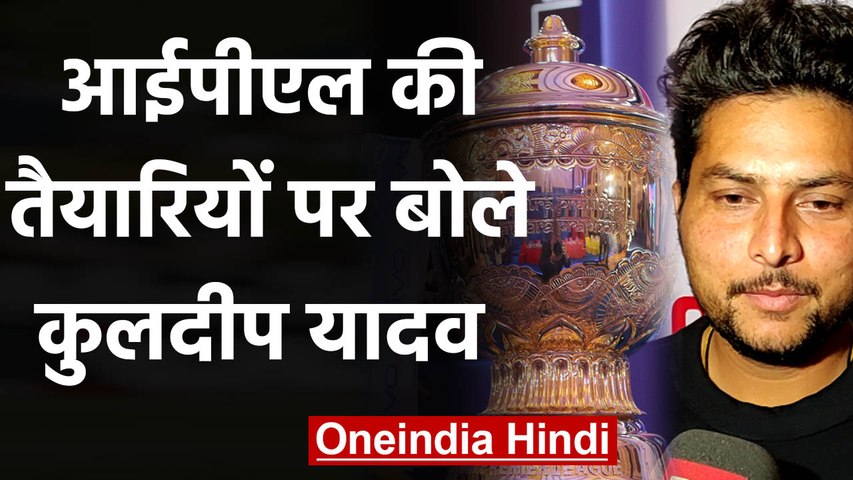 New Delhi, March 6: India spinner Kuldeep Yadav didn't have memorable outings on the cricket pitch in the recent past but the chinaman isn't disheartened and focussing on the upcoming season of the Indian Premier League (IPL) 2020 to get his rhythm back.

The Kolkata Knight Riders' spinner had a forgettable IPL 2019 season as he played 9 matches in the previous edition of the home-grown league and picked up just four wickets. The young cricketer's body language took a severe beating and that impacted his performances in the World Cup 2019 in England as well.

The chinaman, however, is ready for the next season and is hoping for an improved show this year and regain his form.

Talking to media persons on the sidelines of Times of India Sports Awards, the 25-year-old cricketer said, "Of course I am shifting my focus towards the IPL. T20 is a demanding format and IPL is a platform which is very competitive and you keep evolving as a cricketer every year. You come up with new strategies every year in the IPL and I am completely ready for the new season."

He was hailed as the X-factor before the 2019 World Cup in England the wrist-spinner has slipped in the pecking order ever since as he's failed to get the breakthroughs. In the year 2020, the Kanpur cricketer has played just 6 international games (2 T20Is and 4 ODIs). Kuldeep played just one ODI in New Zealand and leaked 84 runs which must have dented his morale. The cricketer, who was not part of the Test squad in NZ, reflected on his game after coming back and looking forward to a good season.

"The time away from the field helped introspect and focus on my game and strategies. So yes, I am looking forward to a good season. The more you play, the better you get. So, I will try to do well and play as many games in the IPL to keep myself in the rhythm," said Kuldeep.