Bengaluru, October 30: Kings XI Punjab and Rajasthan Royals clash in Match 50 of IPL 2020 with play-off hopes on the line for both teams at the Sheikh Zayed Stadium in Abu Dhabi on Friday (October 30).

KXIP come into this game on the back of a five-match winning streak. The KL Rahul-led side, who are currently on 12 points and sit in the fourth spot in the IPL standings, will now look to seal a play-off spot by winning their two remaining matches.

RR, on the other hand, have registered 10 points and sit seventh in the standings, but can still keep their hopes of a play-off place alive with a win. However, their qualification will depend on the results of teams above them. 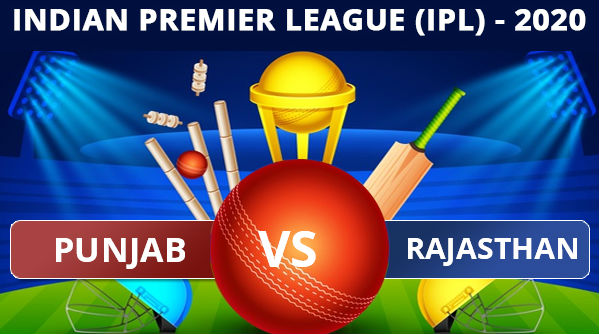 With their latest convincing eight-wicket win against MI on the back of a sensational hundred from Ben Stokes and a fine half-century from Sanju Samson, Steve Smith-led unit will be raring to go.

In the reverse fixture, it was a run-fest in Sharjah as KXIP scored 223/2 after Mayank Agarwal scored his maiden IPL hundred, but RR chased the score after Samson's half-century and a Rahul Tewatia show.

So, RR will be hoping for a similar outcome, while KXIP will be eager to avenge that loss and add two more points to their tally. With both teams needing a win, the top stars definitely need to fire and some have more purpose as they approach milestones.

Here are the players who are closing in on milestones coming into Match 50 of IPL 2020 at the Sheikh Zayed Stadium:

After earlier failures, the Australian all-rounder seems to have found his form of sorts as he is at least contirbuting with the ball if not with the bat, for which he is known for being devastating for the opposition. Maxwell, who has scored just 102 runs in 10 innings so far this season with the best score of 32, is now just 1 run away from completing 1500 IPL runs. The Aussie also need 9 sixes to complete 100 IPL sixes.

The Karnataka leg-spinner has been a shrewd operator for Royals and has claimed 9 wickets at an economy rate of 8.10 in 12 matches sc far this campaign. He now needs three wickets to complete 50 IPL wickets.

RR's in form batsman, Samson had faded after a fast start to the campaign. However, he returned to form with another 50 to his name against MI. And he will now be keen on another big performace as he closes in on a milestone. He needs two dismissals to complete 50 IPL dismissals (43 catches/5 stumpings) for Royals.

The KXIP skipper is currently the leading run-scorer of the season, but he hasn't had a big score in his side's last few outings. So, Rahul will be eager to make it count with the bat against RR as he approaches two milestones. He needs 5 runs to complete 600 runs this IPL season and is also 37 runs away from completing 2000 IPL runs as wicketkeeper.