Chasing a target of 173, Super Kings overhauled the target on the final ball of the innings after opener Ruturaj Gaikwad struck fine 53-ball 72. The talented top-order batsman from Maharashtra showed why he's been rated highly by experts and former cricketers as he showed great composure and skills in his match-winning knock.

With 10 required from the final six balls, the left-handed batting duo of Ravindra Jadeja and Sam Curran took their team home after KKR skipper Eoin Morgan handed the ball to young Kamlesh Nagarkoti to bowl the final over. 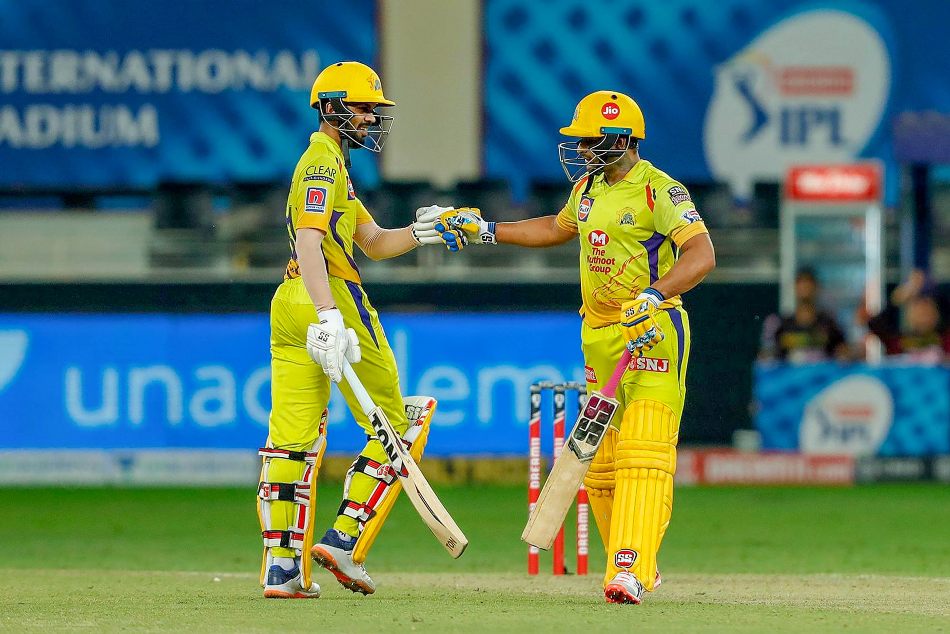 The equation went to down 7 from 2 balls, but Jadeja - who has proven his finishing skills on numerous occasions in the past as well - first hammered the right-arm pacer for a maximum to level the scores. The Saurashtra all-rounder then hit another maximum on the final deliveries to ensure KKR couldn't get those crucial points they were looking for.

The win must have brought some cheer on the faces of not just millions of CSK fans but also gave some relief to the team management as the youngsters like Gaikwad and Sam Curran are playing their parts well.

After winning the match, CSK's winning captain MS Dhoni praised both Jadeja and Gaikwad for their superlative performances with the bat and claimed giving chances to the youngsters is the team's strategy to provide exposure to and polish young talents.

Talking about the nail-biting last-ball finish against KKR, Dhoni said at the post-match presentation: "I think it was one game in which the climax went in our favour. A lot of credit to the guys."

Praising Ravindra Jadeja's batting effort in the game - which the Yellow Army is playing to salvage its pride after being knocked out of the play-offs race - Dhoni said the left-handed batsman has been fantastic throughout this season.

"This season he (Jadeja) has been fantastic. He has been the only one in our team who has scored in the death overs. He needed somebody else and that would have been good for us."

Talking about giving chances to other players and making changes in the Playing XI in the final stage of the tournament, Dhoni said they wish to give some games to those who haven't played. The three-time IPL champion skipper praised Gaikwad for his knock and said: "We want to give games to people who haven't played. Ruturaj has shown the talent that he is. He came in and got positive with Covid. We didn't have much time to have a look at him. He is one of the talented youngsters going around. He is not someone who speaks a lot. Once you go inside, you are the only one handling the pressure. When we made him play the first game, he stepped out and got out. But one ball is never enough. I think it is very exciting how he has grabbed his chances."

Explaining the confidence his team must have got after this win, Dhoni said: "It is very important to be relevant in the tournament. It was very important for us to give it our best. We are not in a position to qualify for the next stage but we have had a glimpse of people who can play for us in the coming seasons."