Both the teams have played nine matches each in this season. While RCB, occupying the third spot in the points table have registered six wins, KKR have secured five wins and are currently on the fourth spot in the standings.

RCB are coming into this game on the back of their seven-wicket win against Rajasthan Royals (RR), which was sealed and delivered by AB de Villiers, who hammered an unbeaten 55 off 22 balls.

KKR on the other hand overcame Sunrisers Hyderabad (SRH) in a Super Over-finish. After Dinesh Karthik and Eoin Morgan guided them to 163/5, Lockie Ferguson starred with the ball, helping KKR gain two points. Ferguson's entry into the side has boosted KKR's morale and given teeth to their pace attack. 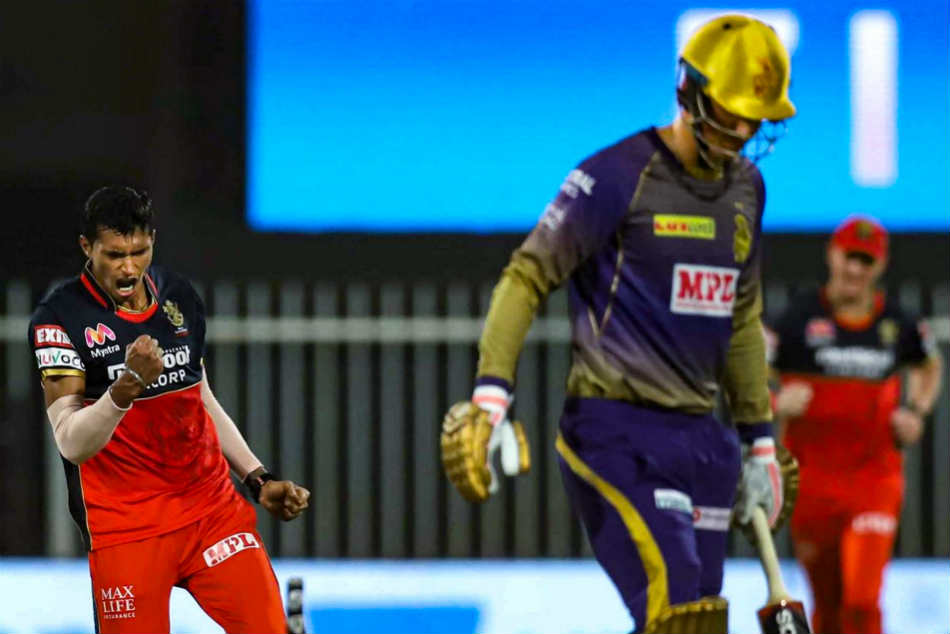 This will be the second occasion when the two teams face each other this season. In their first meeting, it was RCB who emerged triumphant on the back of an ABD's 33-ball 73*. While they will once again look to secure a win, KKR will be out to avenge their loss and register their sixth win of the season.

Here are a few milestones the players will be chasing at Al Zayed Stadium in Abu Dhabi:

Eoin Morgan: The newly-appointed captain of Kolkata Knight Riders' franchise requires 2 sixes to complete 50 IPL sixes. The southpaw is looking in good touch now after initial setbacks and the team has also started doing well under his leadership.

Andre Russell: The Kolkata Knight Riders' batting mainstay's poor form has been the biggest setback for them. The Caribbean all-rounder needs 8 runs and 66 runs respectively to complete 1500 IPL runs and 1500 IPL runs for his IPL franchise.

Rahul Tripathi: The Kolkata Knight Riders' young batsman requires 74 runs to complete 1000 IPL runs. The right-handed batsman from Pune has played some fine knocks ever since he was included in the KKR playing XI.

Aaron Finch: The Royal Challengers Bangalore (RCB) opener requires 58 runs to complete 2000 IPL runs. Finch has had a topsy-turvy season and the right-handed batsman from Australia must be aiming to score yet another fifty in the tournament and achieve the milestone tonight itself.