Virat Kohli-led RCB will meet some familar faces in KL Rahul-led KXIP as the focus shifts towards Chris Gayle, who could make his first appearance in IPL 2020 after sitting out the first seven games.

RCB sit at the third spot in the points table with 10 points, while KXIP are rooted at the bottom of the standings and need to win if they want to move up the table.

KXIP's only win this season came against RCB in the reverse fixture when skipper Rahul set the stage on fire to set up his team's 97-run win and they will hope to take a lot of confidence from that. 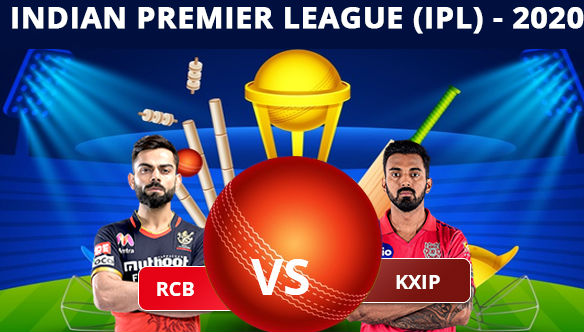 RCB, who have lost two in seven, meanwhile, will look to seek revenge from their loss in the reverse fixture. Kohli's men are fresh off a impressive win over Kolkata Knight Riders.

While both teams aim for wins, many players chase milestones coming into Thursday's match. Here are the players who are chasing personal milestones:

The RCB skipper has only been dismissed once in his last four outings with scores of 33*, 90*, 43 and 72* (most recent first). He will be looking to continue in the same vein. He crossed a few milestones earlier this season and now needs 6 fours and 3 sixes respectively to complete 500 fours and 200 sixes in IPL.

AB de Villiers turned it on and did it in some style when RCB faced Kolkata Knight Riders (KKR) in their last game in Sharjah. Mr 360 was in red-hot form against KKR as he scored an unbeaten 73 off 33 balls with 5 fours and 6 sixes, and RCB will hope that he comes good once again in Sharjah. He now requires 48 runs to complete 4000 IPL runs for RCB. He also is 3 catches away from completing 100 IPL catches.

The Universe Boss has hinted that he will return to the playing XI for KXIP. And he will be looking to cross another milestone when he takes the field on Thursday (October 15). The West Indian requires 16 runs to complete 4500 IPL runs.

The KXIP skipper has had a tough time leading the side, but has been in good form himself. He currently leads the Orange Cap race with 387 runs from seven games. He also smashed a century when the two sides met last time out. He now eyes milestones as he needs 136 runs and 9 sixes respectively to complete 2500 IPL runs and 100 IPL sixes.

Karun Nair if he plays, needs another 20 runs to complete 1500 IPL runs, while Glenn Maxwell also needs another 45 runs to achieve the same milestone.

Dale Steyn, who is very unlikely to play with the four overseas slots for RCB being filled for now, needs another three wickets to complete 100 IPL wickets.