IPL 2020: SRH vs KKR, Match 35 Highlights: Ferguson locks it for Kolkata Knight Riders in Super Over

Abu Dhabi, October 18: A fast and furious Lockie Ferguson produced one of the most incredible bowling performances of IPL 2020 to lead Kolkata Knight Riders to a thrilling Super Over win over Sunrisers Hyderabad in Abu Dhabi on Sunday (October 18).

Ferguson proved to be the "Knight in Shining Armour" with his storehouse of variation as he dismissed David Warner and Abdul Samad in the Super Over, leaving KKR with only a three run-target to chase.

This was after David Warner's unbeaten 47 and 18 runs off the final Andre Russell over saw Sunrisers level the scores at 163 with KKR in the stipulated 20 overs.

Ferguson was magnificent during the regulation 20 overs also as his 3/15 in 4 overs had SRH in all sorts of trouble. He bowled a first spell in which he dismissed Kane Williamson with a short ball, got rid of Priyam Garg with a slower one and saw the back of Manish Pandey with a yorker. 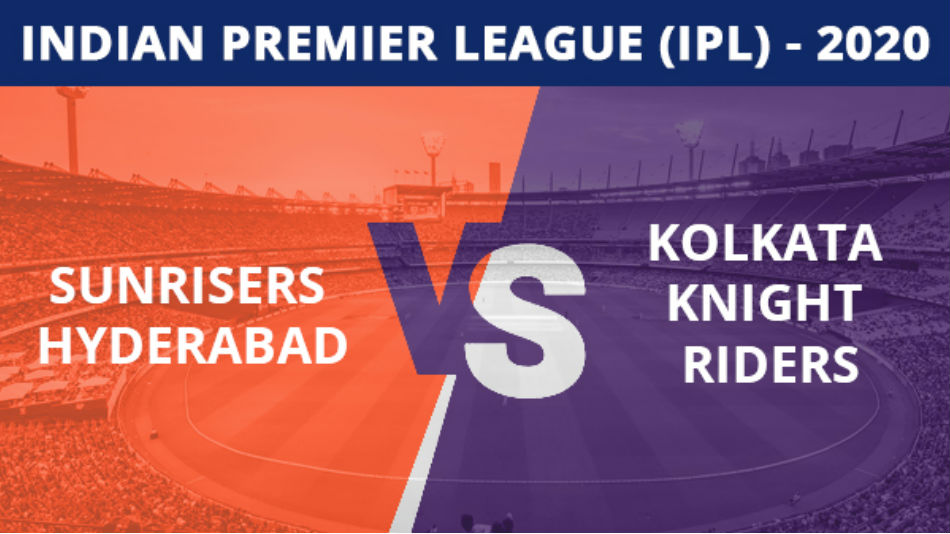 His five wickets in the game got KKR the much-needed two points to take their tally to 10 while Sunrisers stay put on 6 points and are in serious danger of missing the play-offs. Earlier, Ex-captain Dinesh Karthik''s carefree approach was well complemented by skipper Eoin Morgan's grace as Kolkata Knight Riders managed a par 163 for five after being put into bat.

Morgan's innings had three fours and a flicked six over mid-wicket off Basil Thampi while Karthik hit a couple of sixes and equal number of boundaries.

T Natarajan (2/40) was the most successful bowler but it was Vijay Shankar (1/20 in 4 overs) who was the most economical.

Rahul Tripathi (23 off 15 balls) gave the first charge in the Powerplay as he hit Natarajan for a straight six and a pulled boundary while Shubman Gill (36 off 37 balls) struggled to time the ball, save an over from Thampi when he got three successive fours.

Tripathi couldn't maintain the momentum as an ugly cross-batted hoick off Natarajan only ended in the bails flying off.

Gill however after those flurry of fours found it difficult to up the ante. Nitish Rana (29 off 19 balls) looked in good nick after a gap of few games. 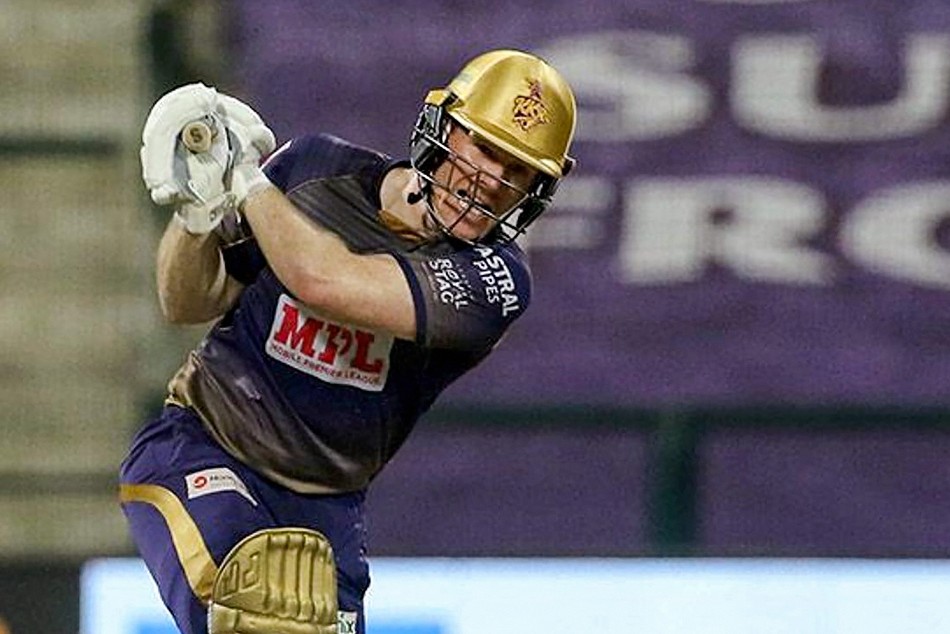 IPL 2020: We’ve been striving to get wins and today we were competitive: KKR skipper Eoin Morgan

He straight away took on rival team's best bowler Rashid Khan and deposited him straight for a six and also found a couple of boundaries.

But Gill's inability to rotate strike did put KKR in a spot of bother as he tried an inside out lofted shot off Rashid. Priyam Garg, running towards his left from long-off, took a brilliant diving catch to see the opener's back.

Gill's dismissal was followed by Rana's who mis-timed a shot off Vijay Shankar and was again caught by Garg, who ran forward to take a well-judged catch.

Andre Russell's (9 off 11 balls) season just got from bad to worse as his shot off Natarajan's slower one landed in the hands of Shankar at deep mid-wicket boundary. From a stable 87 for 1 in the 12th over, KKR had slumped to 105 for 4 at the end of the 15th over.