IPL 2020: Virat Kohli says he was pretty scared to hit nets for first time in months

Dubai, August 30: Indian captain Virat Kohli admitted he was "pretty scared" to hit the nets for the first time in five months but said his first training session ahead of the upcoming IPL 2020 went "better than expected".

"(It went) much better than expected, to be honest. I was pretty scared. I hadn't picked up a bat for five months, but yeah it came out better than I thought, to be honest," Kohli was quoted as saying by the franchise's website.

The 31-year-old, who was RCB's highest run-getter in IPL last year, said staying fit during the lockdown helped him to react better during the net session even though he was training after a long break.

Been 5 months since the last time I stepped onto the field. Felt like 6 days when I got into the nets 😃. Great first session with the boys 👊 @RCBTweets pic.twitter.com/24G7XhnUyK

"I've trained quite a bit during the lockdown, so I'm feeling quite fit and that helps. Because the body is light and you react better, I feel like I have more time on the ball. That's a big plus," he said.

"Otherwise you come heavier into the season, the body isn't moving as much, and it starts playing on mind, but yeah, as I said it went much better than I expected."

RCB arrived in Dubai last week ahead of the 13th IPL which is scheduled to begin on September 19 in the UAE. The cash-rich T20 event was moved out of India due to the rising COVID-19 cases in the country.

The team hit the nets on Saturday (August 29) after successfully ending their quarantine period. 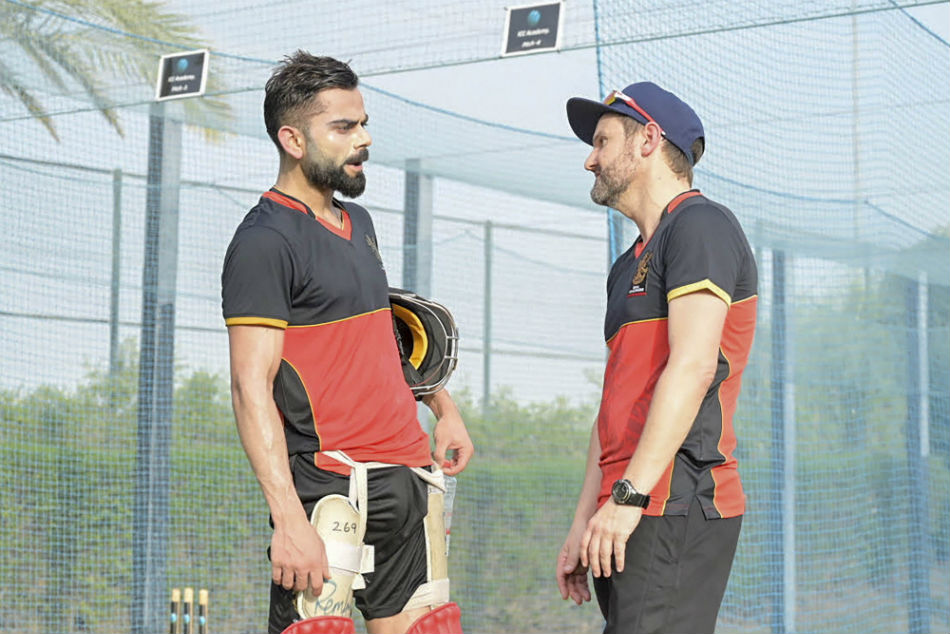 Besides Kohli, spin trio of Yuzvendra Chahal, Washington Sundar and Shahbaz Nadeem and a few pacers also trained and Kohli was pleased with the way they went about their business in the first session.

"The spinners looked pretty good for day one, they pitched the ball in consistent areas for long enough," said Kohli, whose last assignment was the two-match Test series against New Zealand in early March.

"Shahbaz was good, Washy (Washington) was very good, I saw Chahal bowl well too. The seamers went through their motions a little bit. All in all, a decent start to our camp."

All-round brilliance from Shahbaz Ahmed in his first training session with RCB! 🔥

How excited are you to see him make an impact this season? 🤩#PlayBold #IPL2020 #WeAreChallengers pic.twitter.com/S8BdkQ1Sxs

RCB have never won the IPL though they had finished runners-up in 2009 and 2016.

Members of the Delhi Capitals' squad also took part in their first nets session on Saturday (August 29) evening at the ICC Academy.

"We gathered here after a long time, so there was a lot of energy and it was a good start," left-handed batsman Shikhar Dhawan said.

Dhawan said it will take a few days to get back the sharpness.

"We have been here for last six days, the conditions are hot, so I felt a little heaviness. I feel in 2-4 days, body will acclimatise with it and the sharpness and quickness will be back," he said.

Emphasising on mental preparation, Dhawan said: "It is important to think positive, we shouldn't think that we are here after a long time, we have to stay one step ahead, we need to think we are playing good cricket.

"That will create a sort of energy, if we think that way it will help us and I am confident that we will do well in this tournament."