Bengaluru, Oct. 4: In another thrilling finish to a low-scoring encounter, the Delhi Capitals clinched a three-wicket win over Chennai Super Kings in match no. 50 of the ongoing edition of the Indian Premier League (IPL) at the Dubai International Stadium on Monday. 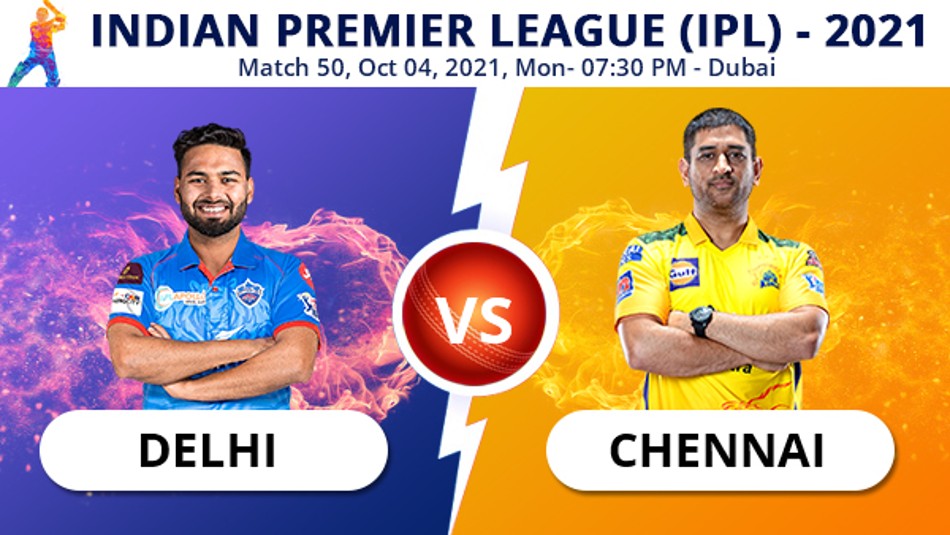 In a top of the table clash, the Capitals, who are looking to pick up their maiden IPL title, handed former champions Super Kings their second loss on the trot to stamp their authority ahead of the playoff games. Both teams have already sealed their playoff berths and still have one more league game to go ahead of the knockout stages.

Following Monday's game, the Rishabh Pant-led Capitals climbed to the top of the table with ten wins from 13 matches. On the other hand, Chennai Super Kings slipped to second position with 18 points from 13 matches.

After Capitals skipper Rishabh Pant sent Chennai into bat, the Capitals bowlers restricted the Super Kings to 136/5. The Chennai openers - Ruturaj Gaikwad and Faf du Plessis - who have tormented the bowlers this season, were removed early by Axar Patel and Anriche Nortje to hand Capitals a strong start. Man-of-the-match Patel's 2 for 18 kept the Chennai batsmen in check.

Ambati Rayudu's unbeaten 55 off 43 saw the Chennai team reach 136 against the Capitals. In response, it was a tricky chase as the game went down to the last over, before the Capitals won it with two balls to spare.

Openers Shikhar Dhawan and Prithvi Shaw once again handed Delhi a modest start to the chase. But a clinical Shardul Thakur and Ravindra Jadeja kept Delhi from running away with the chase. In the end, a cameo by Shimron Hetmyer saw the Capitals hand their skipper another important win on his birthday as Delhi climbed to the top of the table.

Losing Captain: MS Dhoni (CSK): We were looking to get closer to 150. I felt after we lost a few wickets. Around the 15-16 over wicket we were looking good. If it had come down to eight or ten deliveries it could have made a difference. Other than that it was a tough wicket. Anything close to 150 would be a very good score. It's a two paced wicket - some balls come to you and some don't. It's not a placid wicket where you can play your shots. I felt the taller bowlers were the ones who were getting that kind of a movement. It was a very good effort - to make a game out of it. We knew they would come at it hard. Overall happy with the performance of the bowlers.

Winning Captain: Rishabh Pant (DC): Yeah, not a bad birthday present! It was a tough match again for us. When we started the batting we got off to a decent start. We lost a few wickets. But in the end did well and crossed the line. Everyone knows prithvi will play that way and Shikhar will help him. (Ashwin at no. 6) Just trying to keep left-right combination. Absolutely good win. Now we can be sure we'll finish in the top two!

Player of the Match: Axar Patel (DC): I think it is important to assess the lenght and line and the pace of the ball on such pitches and it was difficult. I thought how there powerplay went - think they were 10 runs short. Cause the match was close in the end. Hetmyer and I were discussing that they would bowl wide yorkers according to their field. Batting boosted by confidence - especially since you're headed to the playoffs. To help the team win it will help in your confidence as you head into the knockout games.

Shimron Hetmyer (DC): It was very important to see the team through. That's what I'm being paid for! I keep telling the guys that I'm here to finish the game. I was thinking I was out (dropped by Gowtham), but the guy missed it! Against Bravo it was easy. I had a lot of practice in CPL. I tried to go as straight as possible.