Bengaluru, Oct 3: In match 49 of the ongoing edition of the Indian Premier League (IPL), the Kolkata Knight Riders notched up a six-wicket win over the Sunrisers Hyderabad at the Dubai International Stadium on Sunday. 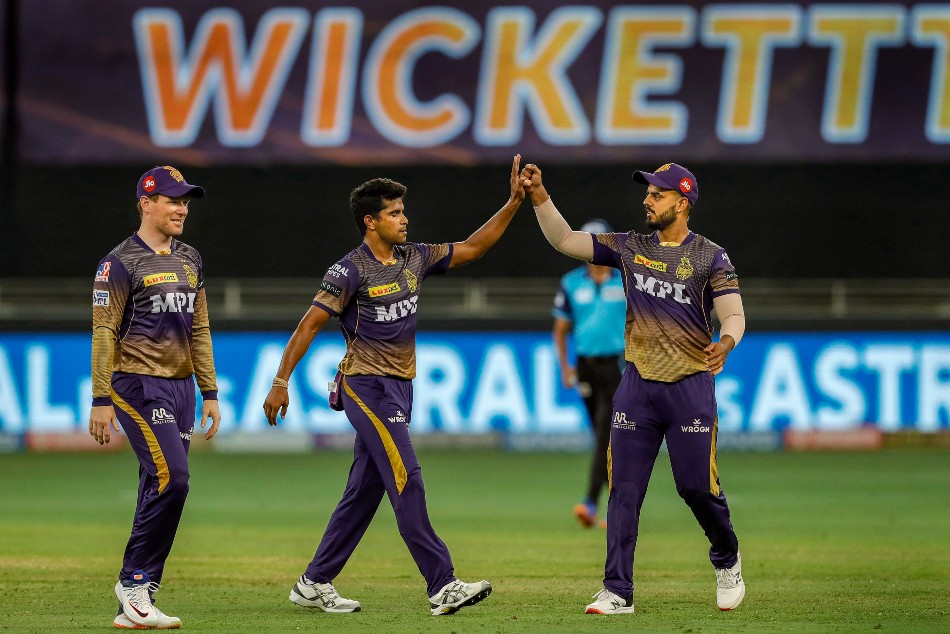 Playing in the second game of Sunday's double-headers, the Knights strengthened their playoffs chances as they pocketed two important points. Following their sixth win of the season, the Knights remained fourth on the points table with 12 points from 13 games.

On the other hand, the Sunrisers, who are already out of the playoffs race, fell to their tenth loss of the season.

After Kane Williamson won the toss and asked the Knights to bowl, the KKR bowlers set up the victory for their team with a clinical display.

Led by Tim Southee, who removed Wriddhiman Saha for a duck on the second ball of the SRH innings, the Knights restricted Hyderabad to 115/8.

Though the target was below par, the chase was a tricky one. But KKR opener Shubman Gill, who was adjudged man-of-the-match for his 57 off 51, set the Knights on course for a win. Nitish Rana played second fiddle to Gill, before former skipper Dinesh Karthik finished it off for the Knights with a cameo in the end.

Losing Captain: Kane Williamson (SRH): Maybe if we got 150. It was tough work bowling defending a low total. We've been working hard and it just hasn't been paying off. When we got to the last 3-4 overs with the bat, we wanted to have a crack and get 150. We would have liked to build a few more partnerships. Also we didn't get off to a good start. Trying to identify what a good total will be- it's part and parcel of the game. Have face Malik in the nets - lots of pace. Special occasion for him. What a talent! We're out of contention. Lots of talents on the sidelines so will get opportunities. So hopefully as a unit we can put together more complete performances.

Winning Captain: Eoin Morgan (KKR): Yes it was a tricky chase. The wicket was a bit slower than two nights a go. Today I thought it was sluggish if anything. The wicket is one thing but you need to adapt to conditions - bowl well, field well. We did that well, vast improvement from two days ago. The chase was not easy. Gill played extremely well. (Shakib) Massive. To have the strength and depth to call upon an experienced campaigner like him is a luxury. He's had a huge impact today. As a group, nearly two years ago, we thought we'd play in India. And since then we've just been countering that. Having missed out playoffs last year, we knew our squad is reasonable. We've played really good cricket in the last few weeks - the attitude, confidence, implementation of game plan and the guys standing up at the right time. (Playoffs) Hope so!

Dinesh Karthik (KKR): Very happy. Real good game of cricket. We knew it would be a tricky chase. Just got lucky and we were at a stage when I could play my shots. You need to be flexible, create opportunities. Lot of credit to Nitish Rana. Rana played second fiddle to Gill and it was good he did not try to match Gill shot by shot. Was able to take it home because of the partnership that Nitish had then. Fingers crossed (playoffs).

Player of the Match: Shubman Gill (KKR): I think for us it was really important to keep wickets in hand early. And then to go for it when the runs got closer. You see the wicket and then you choose your match up. To hit spinners on this surface isn't easy. I was targeting the shorter side mostly. I didn't have much runs under my belt. And in low scoring matches if you play one bad shot the opposition can come back. So the batsman needs to try and take the game home. When you play in North India, wickets are not as bouncy. You play with the wrists a lot. So I use them a lot.