Pollard headed into the match two wickets short of the milestone and achieved the feat with the dismissal of Chris Gayle, his 299th victim and, his 300th victim was KL Rahul.

In his first over of the match, Pollard first got rid off Punjab Kings batsman Gayle in the second delivery and two deliveries later, the big Mumbai all-rounder got the better of PBKS skipper Rahul.

Gayle tried to break the shackles, but couldn't clear the ropes and was caught by Hardik Pandya at long on, while Rahul failed to clear Jasprit Bumrah at short fine leg.

His compatriot Gayle leads the leading run-scorers list in T20 cricket with 14275 runs, while Dwayne Bravo leads the wicket-takers list with 546 wickets.

Opting to bowl first, Mumbai Indians reduced Punjab Kings to 50 for 4 in 8 overs at the first strategic time out of match 42 of IPL 2021. While Pollard dismissed his compatriot Gayle for 1 and Rahul for 21, Bumrah and Krunal Pandya took a wicket a piece. 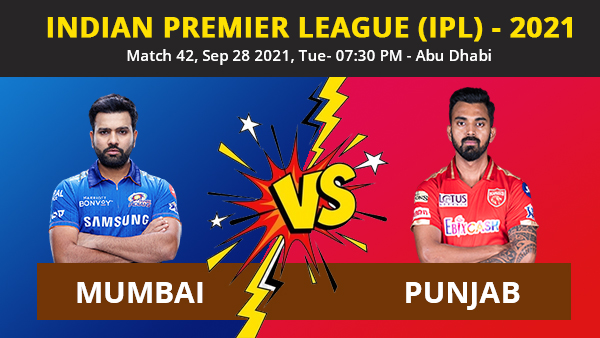 Mandeep Singh, who replaced Mayank Agarwal in the PBKS side, was the first depart for 15 when he was adjudged LBW off Krunal. Nicholas Pooran also was trapped in front of the stumps for 2 by Bumrah.

While, Punjab rested Mayank, who had a stiff neck for Mandeep, Mumbai dropped Ishan Kishan and Adam Milne for Saurabh Tiwary and Nathan Coulter Nile.

Ahead of this match, Rohit Sharma's MI were on three-match losing streak and placed seventh in the IPL 2021 points table after 10 matches. PBKS, meanwhile, were in fifth position after winning one of their two fixtures in second phase.

Both teams, who are currently on eight points, are chasing a win as two points will put them on top in the race for a play-off spot.

At the toss, MI skipper Rohit said: "As a team we do understand where we stand at the moment and we also understand that we haven't played to the best of our potential. We know where we've made mistakes and hopefully, we can correct it tonight."

Meanwhile, PBKS skipper Rahul said: "We haven't handled pressure really well. But when our backs are against the wall, we have done really well. We need to be a bit brave and trust our instincts. We need to trust our basics and not worry about the results."