Bengaluru, April 12: The rechristened Punjab Kings are playing Rajasthan Royals in their Indian Premier League (IPL) opener at the Wankhede Stadium in Mumbai on Monday (April 12).

And as soon as the match got underway, the Punjab franchise’s jersey quickly became a hotly debated topic. The Punjab franchise, previously known as the Kings XI Punjab, wore their new jersey for the season, and the jersey eerily reminded one and all of another jersey. 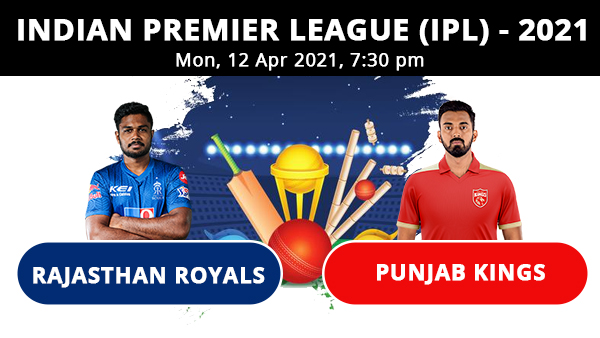 One look at the new jersey and fans quickly started comparing it to the old jersey of the Royal Challengers Bangalore. With former RCB members in the Punjab dugout, including KL Rahul, Chris Gayle and Anil Kumble, some fans even went on to suggest that RCB’s bad luck would rub off onto the team.

The Punjab franchise, like the Virat Kohli-led Royal Challengers, are yet to win an IPL trophy.

Earlier at the toss, Rajasthan Royals, led by Sanju Samson one the toss and opted to bowl first against KL Rahul-led Punjab team.

Here’s how the internet reacted to the new jersey of the Punjab Kings:

#PunjabKings jersey looks like RCB old one, RCB badluck will go to Punjab now I think 😐

Did Punjab Kings borrowed RCB's uniform from previous years. I am so confused who is playing.@gauravkapur @bhogleharsha @joybhattacharj

When coach and captain are ex players of #RCB 🤣🤣 #PunjabKings #IPL2021 pic.twitter.com/rCirrtm80F

As if Mayank-Rahul-kumble.... weren't enough, now It's the jersey too. Punjab Kings are more Karnataka flavoured than RCB. #IPL #PunjabKings #RCB

Is it new punjab team or an old RCB.🤔😂#PunjabKings #RCB #PBKSvsRR #IPL2021