When the IPL 2021 was suspended back in May earlier this year due to the COVID-19 pandemic, PBKS had registered 3 wins from 8 matches, while RR had also claimed the same number of wins in 7 matches.

KL Rahul-led Punjab Kings come into the match placed in the seventh position, while Sanju Samson's Royals are placed in sixth position after Kolkata Knight Riders climbed the points table following their victory over Royal Challengers Bangalore on Monday (September 20). 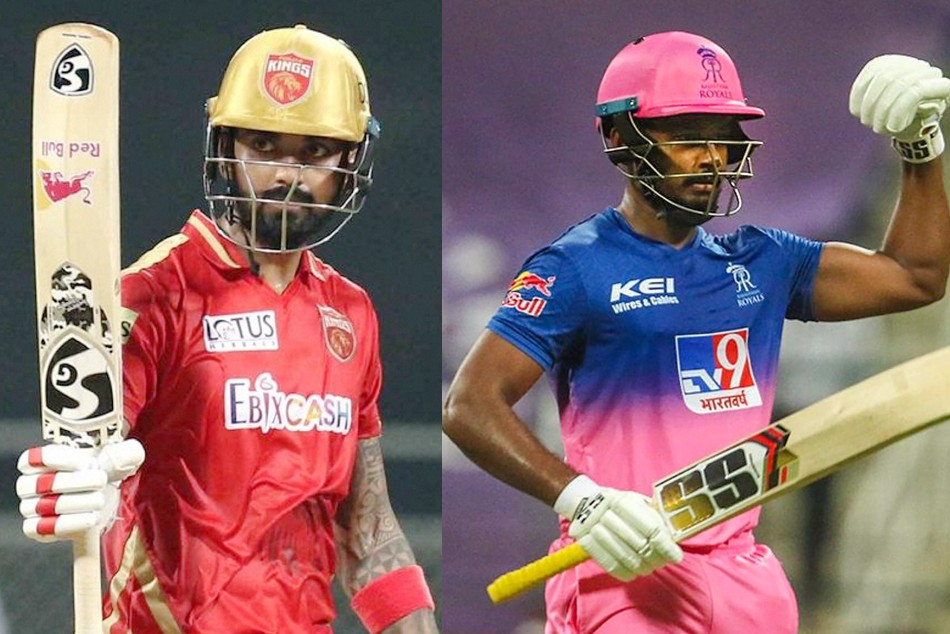 The two sides, who are on 6 points, will need to be on top of their games if they have aspirations to reach the play-off stages or top four, which is currently occupied by Chennai Super Kings (12 points), Delhi Capitals (12 points), RCB (10 points) and Mumbai Indians (8 points).

Ahead of another chapter of keeper-captains clash in IPL 2021, myKhel takes a look at the head-to-head numbers, previous meeting, stats and records of PBKS vs RR:

In the 22 meetings between the two teams so far in IPL, Rajasthan Royals are ahead with 12 wins as opposed to Punjab Kings' 10 wins. The two teams have been involved in some high-scoring games with Royals' highest score being 226, while Punjab have a highest total of 223. Royals and Kings have also registered lowest scores of 112 and 124 respectively in the encounters against each other.

In the last 5 meetings between both the sides, Punjab Kings have won 3 when batting first, while Royals have won 2 when chasing. And in the most recent meeting (the reverse fixture), Punjab Kings defeated Royals in a high-scoring thriller in which both captains top scored for their sides, but Samson's century went in vain as his side fell short of PBKS total of 221 by 4 runs.

And when it comes to UAE, Punjab Kings lost each of their last two meetings with Rajasthan Royals (both in 2020), with their only win in such a match coming in April 2014 when the Kings defeated the Royals by seven wickets, following rapid half-centuries by Glenn Maxwell (89 from 45 balls) and David Miller (51* from 19 balls).

Punjab Kings have 6 points on board after winning 3 of their 8 matches so far this season, while Royals too have won 3, but have played a game lesser compared to their opponents.

Rahul's side have lost to Delhi Capitals (twice), Kolkata Knight Riders, Chennai Super Kings and Sunrisers Hyderabad. The PBKS registered wins against Royal Challengers Bangalore, Mumbai Indians and Rajasthan Royals in their run so far in the tournament.

Samson's Royals, meanwhile, have beaten SRH, DC and KKR, but they lost to PBKS, MI, CSK and RCB during the first half of the IPL 2021.

▶ Chris Gayle, who owns most of the records in the shortest format of the game, is closing on another milestone in IPL as he is 50 runs away from completing 5000 runs in the cash-rich league. He will become the seventh player to achieve this feat after Virat Kohli (RCB), Suresh Raina (CSK), Rohit Sharma (MI), Shikhar Dhawan (DC), David Warner (SRH) and AB de Villiers (RCB).

▶ RR all-rounder Chris Morris took nine wickets in the death overs (16-20) before the 2021 IPL season was suspended in May, only Harshal Patel (RCB) managed more during this phase of the game (11). The South African is also approaching a personal milestone as he is 6 scalps away from 100 IPL wickets.

▶ Rajasthan Royals' New Zealand batsman Glenn Phillips is 2 runs away from completing 4000 runs in T20 cricket (overall) and English all-rounder Liam Livingstone also of Royals is 50 runs away from achieving the same feat.

▶ PBKS all-rounder Moises Henriques is 15 runs away from completing 1000 runs in IPL.

▶ RR spinner Shreyas Gopal is two scalps away from 50 wickets in IPL.

▶ Rajasthan Royals bagged six wickets from run-outs before the 2021 IPL season was suspended in May, the most by any team in the competition; meanwhile only KKR (0) managed fewer than Punjab (1).

▶ Punjab Kings have won eight of their last 10 IPL games played on a Tuesday (L2), with one of those losses coming against the Royals in May 2018 while the other was against the Knight Riders in April 2016.