The two teams are coming on the back of defeats as they failed to overhaul. While Rajasthan Royals suffered a 33 runs defeat to Delhi Capitals, while Sunrirsers Hyderabad could even chase a paltry 126-run target against Punjab Kings to suffer their eighth defeat of the season. 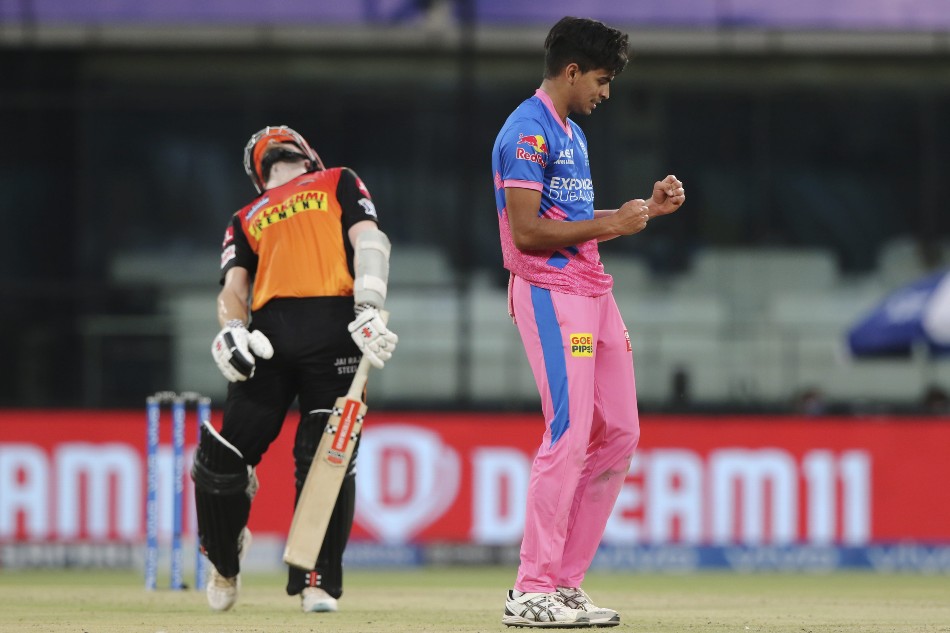 In the 9 matches played by the two teams so far in IPL 14, the Royals have won 4 and lost 5 with 8 points and a win over SRH will keep them in contention for the playoffs. Kane Williamson-led Sunrisers have won just one match and lost 8, registering just 2 points, but they have a chance of making a few upsets and spoiling other teams' prospects.

The remaining contests for Sunrisers Hyderabad provide an opportunity for their out-of-form players to end the season on a positive note. Better performance in the remainder of the season will also help the players draw huge bids at the mega auction.

In tonight's match between SRH and RR, there are a few milestones the players will be approaching. Here we take a look at them.

Sunrisers Hyderabad's star opener David Warner - who has been out of form this season - needs 51 more runs to become the first Australia cricketer to complete 5,500 runs in IPL.

Rajasthan Royals' captain Sanju Samson - who was the leading run-scorer for his team against DC - requires 65 runs to complete 3000 IPL runs.

Sunrisers Hyderabad pacer Siddarth Kaul needs two more wickets to complete 50 wickets for his franchise in the IPL. If he gets those two wickets, then he'll become the third bowler to get to the landmark after Bhuvneshwar Kumar and Rashid Khan.