Ahmedabad, May 27: Explosive England batter Jos Buttler rediscovered his menacing form in the ongoing IPL 2022 with another belligerent half-century for Rajasthan Royals in the Qualifier 2 here at Narendra Modi Stadium on Friday (May 27).

The right-handed Rajasthan Royals' opener notched up his fourth century of the season with his 106* off 60 deliveries. With his match-winning ton, Buttler equalled a massive record created by Virat Kohli. With his fourth century of the season, he's now the only batter after Kohli - who created a record of four tons in IPL 2016. This is also the record for most centuries slammed a season in any tournament.

Buttler slammed his fifty off just 23 deliveries as he came into the middle to begin his team's run chase in the big game.

Most Centuries in a T20 competition:

Buttler top-scored for his team with a 56-ball 89 with a strike rate of 158.93 but he didn't look in his elements for the most part of his innings in Qualifier 1 against Gujarat Titans. The English swashbuckler struggled to time the ball properly early on in that knock but exploded once his eyes were set. 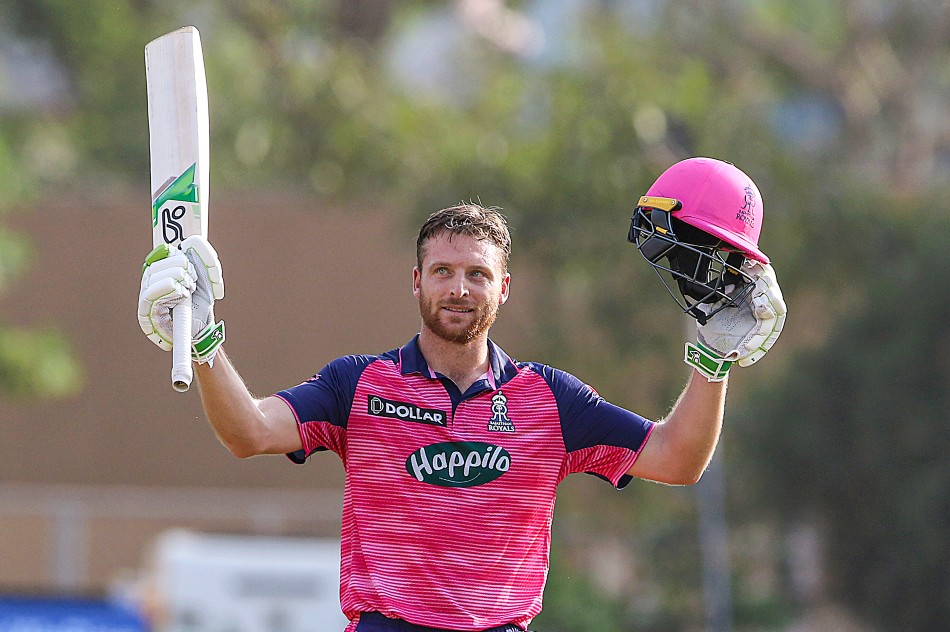 It was his blitz that helped the Royals post a competitive 188/6 in 20 overs but that total didn't prove enough as Gujarat chased it down with seven wickets in hand and became the first finalists of the fifteenth edition of the glitzy tournament.

However, against Royal Challengers Bangalore, Buttler unleashed his beast mode from the powerplay itself and started dealing in fours and sixes in the must-win game for his team. Buttler - who has already slammed three centuries in the tournament - motored RR along brilliantly in the run chase of 158. He was also given a reprieve in the game as wicketkeeper Dinesh Karthik put down a sitter and Buttler got a life on 66.

With his pulverising knock at the iconic stadium - which had nearly 100,000 spectators in attendance - Buttler became just the third player in IPL history to post 800-plus runs in a season.

He has joined the likes of Virat Kohli and David Warner to enter the elite club. The moment he scored 20 runs, Buttler leapfrogged Sunrisers Hyderabad captain Kane Williamson to become the third-highest scorer in a season. Buttler is the proud Orange Cap holder in IPL 2022 and will end up winning the award as there is no one even close to him.

He scored a 106* in the Qualifier 2 and amassed 824 runs with one more game to go in the tournament. He has a chance to surpass David Warner's record and finish second in the list of highest run-scorers in a single edition.

Batters with most runs in an IPL season: