Bengaluru, May 4: Punjab Kings bounced back to winning ways in the ongoing edition of the Indian Premier League, with their win over table-toppers Gujarat Titans at the DY Patil Stadium on Wednesday.

Not only did the Punjab side hand the high-flying Titans only their second loss of the season, the match saw Liam Livingstone hammer the longest six of the ongoing edition. Livingstone's monstrous hit saw the Englishman enter the top ten list of the longest sixes in the IPL history.

Facing Mohammed Shami in the 16th over, Livingstone hammered the Indian pacer for the longest six of the season. The shot - a maximum of 117m - left everyone in awe, including the bowler. Shami was left smiling after Livingstone swung hard and deposited the ball into the top tier of the DY Patil Stadium. 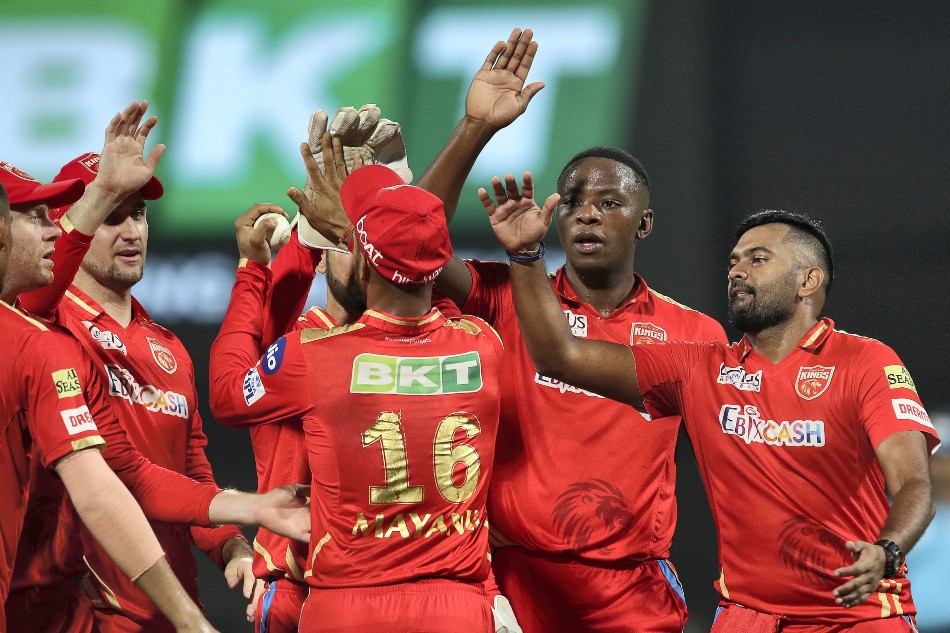 Livingstone's shot, saw skipper Mayank Agarwal jump out from his seat in the dugout. Livingstone hammered Shami for 28 runs in the over as Punjab Kings went on to win the match by 8 wickets.

While Livingstone has featured four times in the top 10 list of the longest maximums this season, the longest six in the IPL history was hit in the inaugural edition of the glitzy T20 league. With the 15th edition of the tournament being played this year, Albie Morkel's record is yet to be broken.

In 2008, during Chennai Super Kings' match against Deccan Chargers, Morkel hammered Pragyan Ojhan for a monstrous 125-metre six. He's the only player to reach 125m mark. Hot on his heels, the second player on the list, is quite an unexpected one. The second longest maximum, which was also hit in 2008, was hit by RCB's Praveen Kumar.

While Livingstone's hit saw him enter the top ten of the longest hits in all-time, MS Dhoni, who has hit a montrous 115m, fell out of the top 10.

Meanwhile, M Chinnaswamy Stadium has been treated to some of the most explosive shots in the IPL history. Five of the biggest IPL sixes has been hit at the Chinnaswamy Stadium in Bengaluru, including Chris Gayle's monstrous innings of 175 off 66, where he hammered a 119m maximum against Ashok Dinda.

In the ongoing edition, after Livingstone's 117m six, second on the list is Mumbai Indian's Dewald Brevis. Brevis hammered Punjab Kings Rahul Chahar for a monstrous 112m maximum. Livingstone features in the top ten list of the current edition four times, with hits of - 117m, 108m, 106m and 105m.