Kolkata, May 24: Gujarat Titans skipper Hardik Pandya won the toss and elected to bowl first against Rajasthan Royals in the Qualifier 1 of Indian Premier League (IPL) 2022 at the Eden Gardens in Kolkata on Tuesday (May 24).

The winner of this match will head directly into the IPL 2022 final, while the loser will get another chance to reach the summit clash via the Qualifier 2, where they will face the winner of Wednesday's Eliminator between Lucknow Super Giants and Royal Challengers Bangalore.

As for the team news for Qualifier 1, GT has made one change from their last round robin match with West Indies quick Alzarri Joseph replacing New Zealand speedster Lockie Ferguson.

Royals, on the other hand, remain unchanged from their victory over Chennai Super Kings that sealed their second spot in the IPL 2022 points table.

After opting to bowl first, GT skipper Pandya said: "Looks a decent track to bat on, but no matches in the last couple of months and just want to know what we are chasing. Boys are pretty pumped up for this game.

"We treat this game as simple as possible and make sure you focus on what is controllable and making sure the intensity is high and aware of what the situation demands. Only one change. Alzarri (Joseph) comes in for Lockie."

After being asked to bat first, captain said: "We have done well batting first, looks like a decent batting wicket let's see what happens. Important to keep your focus on the present game and take care of what is controllable.

"We have been playing some great cricket throughout the tournament and would like to repeat it again and I think the format is such that you can go here there, but like to keep it simple and maintain our standards. We are playing the same team."

This will be the second ever meeting between Gujarat Titans and Rajasthan Royals in the Indian Premier League, with the newcomers Titans winning the previous encounter by 37 runs at the Dr DY Patil Stadium in Mumbai, defending a total of 192.

Now, the two teams will clash at the Eden Gardens, where GT will be playing for the first time, while RR too haven't had great success at the venue, winning just 2 of their 10 matches so far. Royals have also lost 2 previous playoff matches at the Eden Gardens.

There has been rain in the air in Kolkata and the wickets have been under covers for the past few days. However, the weather has eased, meaning there should be no interruption due to rain. But, it did play a factor at the toss.

Here is what Matthew Hayden had said at the pitch report ahead of the toss for Qualifier 1: "Ground is magnificent. Of course it's not the biggest boundaries. Short square boundaries here.

On the bounce and carry, Hayden added: "It's a black soil pitch. It's got lots of grass cover and that means the quicks will be in play and expect it carry nicely for bowlers like Boult and individuals like that. 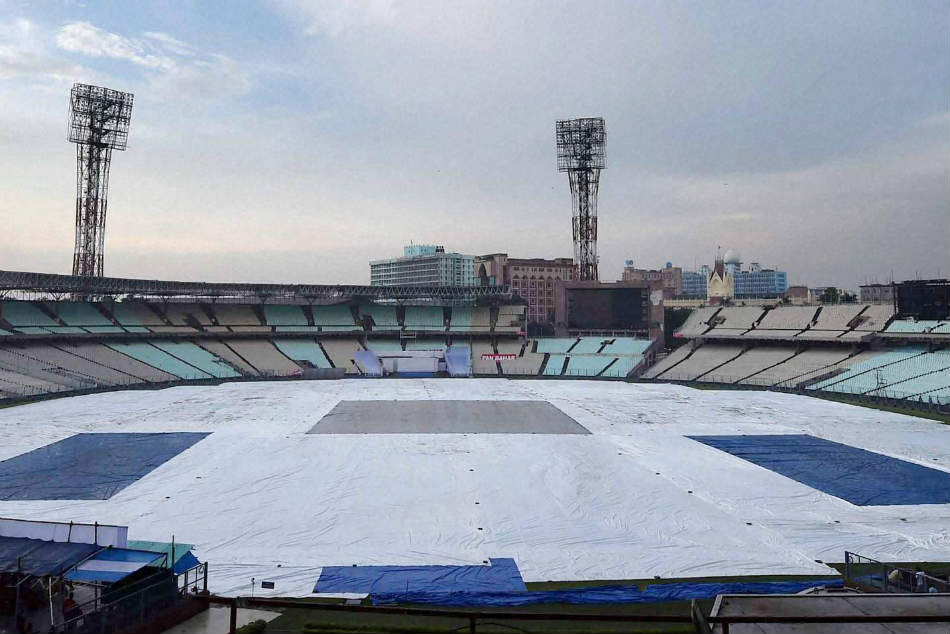 On assistance for spin and what the captains should choose, Hayden said: "I don't think there's going to be a lot of turn. Not much of wear and tear. Expect round about 170-180 to be a par score and expect the captains to have a bowl."