Kolkata, May 24: David Miller and Hardik Pandya shared an unbeaten 106-run stand for the fourth-wicket to help Gujarat Titans register an emphatic 7-wicket win over Rajasthan Royals in the Qualifier 1 of the IPL 2022 here on Tuesday (May 24).

With this win, the tournament debutants became the first finalists and they will now play their first game - which is a big-ticket final - at the home ground i.e. Narendra Modi Stadium in Ahmedabad on May 29. They will now wait for their opponents.

Chasing a big target of 189, Titans reached home in 19.3 overs as David Miller smashed RR seamer, Prasidh Krishna, for three consecutive sixes on the first three balls of the final over. GT required 16 from the final over and Miller didn't leave it for the last as he showed his class in front of 60000-plus spectators at Eden Gardens.

Miller remained unbeaten on 68 off 38 (3xfours and 5x sixes) and Hardik Pandya (40* off 27, 5xfours) held on to their nerves in the big run chase and didn't let the game slip away from their grip.

It was a forgettable evening for Rajasthan Royals bowlers as their in-form pacers and spinners weren't amongst the wickets. However, they'll still have a chance to fight for the finals when they face the winner of the Eliminator in Qualifier 2 on May 27 in Ahmedabad.

Earlier in the day, Jos Buttler enjoyed a copious amount of luck and displayed a fair bit of pluck during an innings of 89 that took Rajasthan Royals to a challenging 188.

The Orange Cap-holder Buttler, who had failed to get his act together in the second half of the season, got off to a slow start but made full use of a couple of dropped catches during his 56-ball knock studded with 12 fours and two sixes. 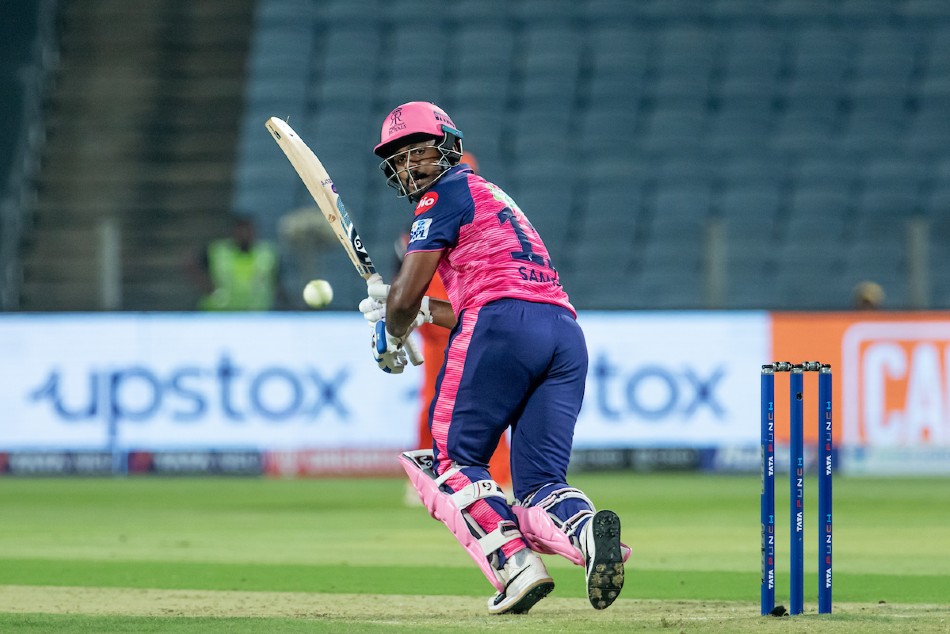 Buttler, who now has 718 runs in 15 games, scored 39 off his first 38 balls and then smacked another 50 of his next 18 deliveries faced. Buttler was also fortunate to get two reprieves first on 43 when Hardik Pandya slipped to miss a sitter, and then Rashid Khan grassed him on 69.

He then took on Alzarri Joseph smashing three boundaries in an over to accelerate his scoring before getting run-out in the final over. First up, it was skipper Sanju Samson's swagger that was on full display as the Royals skipper, seemingly hurt by the latest selections snub, responded in style with a 26-ball 47 (5x4, 3x6).

At a time when Buttler struggled to get going, the wicketkeeper-batter dealt in boundaries in his entertaining powerplay display. Samson shared a 68-run stand with Buttler, of which 47 came off the former's blade that summed up the domination from the Royals skipper after they were put in.

He looked ominous from the first ball itself when he lofted Dayal over long-on for an effortless six. Titans' pace duo of Mohammed Shami and Alzarri Joseph struggled with their line and lengths as Sanju made full use of that to take the score to 55/1 in six overs.

Just when they were looking to go out of control, none other than the wily Afghan spinner put on the brakes, coming into bowl after the power-play. With the ball gripping on the dry surface, Rashid cleverly used his variations against his 'bunny' Buttler as the Englishman struggled to rotate the strike.

He conceded just two runs from the second over that seemingly put pressure on Sanju to take on Sai Kishore in the next over as he perished to a flighted delivery.