The opening pair, set to be on opposite sides of the Ashes divide later this year, put on 131 as the hosts made light work of overhauling the Knight Riders' 159-8 with five overs remaining.

Warner, the competition's top run-scorer this season, made 67 from 38 balls to take his tally beyond 500 while Bairstow – badly dropped when on just one – is now second behind him on that list after his unbeaten 80 off 43. 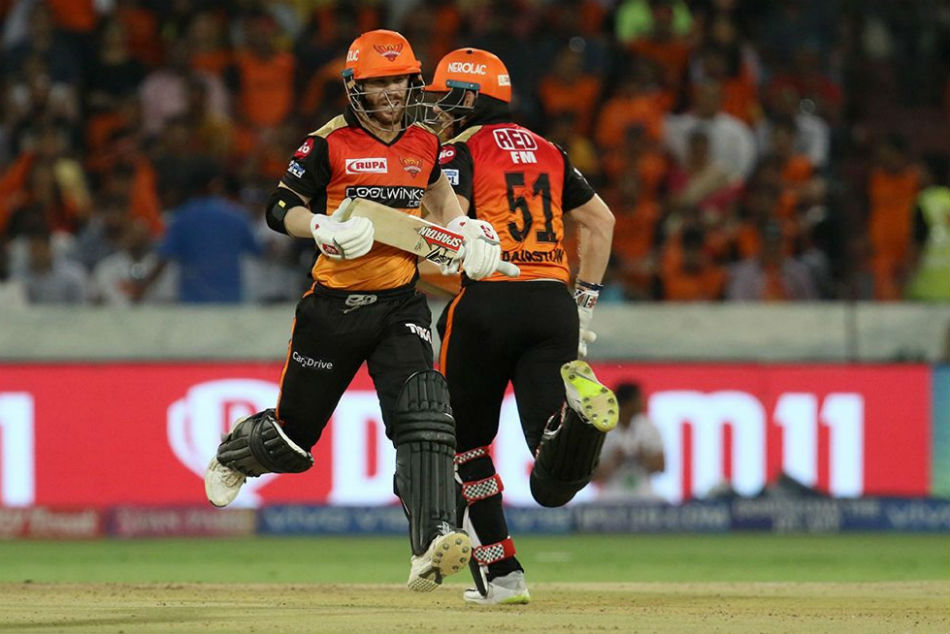 SRH Vs KKR: As it happened

The major noteworthy contribution of Kolkata's total was Chris Lynn's 51, although the regular loss of wickets at the other end meant the opener scored those from a comparatively laborious 47 deliveries.

SHORT AND SWEET FROM SUNIL

Lynn's partner Sunil Narine certainly packed plenty of entertainment into his eight balls at the crease, from which he plundered 25 runs.

The West Indian clubbed three fours and two sixes during that time – going six-four-four to start the third over – before he was deceived by Khaleel Ahmed's slower ball from the next delivery and lost his leg stump.

The IPL's leading six-hitter Andre Russell looked as though he would provide more late excitement as he sent Bhuvneshwar Kumar over the ropes twice in the 19th over only to then pick out Rashid Khan on the deep-midwicket fence.

And Rashid had his say with the ball – returning a typically tidy 1-23 while his team-mates all conceded at least 30 runs.

Bairstow made the most of his second chance as KC Cariappa put down a simple catch at deep point to deny Prithvi Raj a maiden IPL wicket in his first over.

The England man blasted seven fours and four sixes, including one of each to start the ninth over – Cariappa the bowler this time as his luckless outing continued.

Warner bludgeoned three fours and five maximums en route to his seventh score in excess of fifty this season before he was eventually cleaned up Raj, who celebrated wildly despite his side's crushing loss.

The resounding nature of the defeat was encapsulated at the end of the 15th over as Bairstow crashed Piyush Chawla for a four and two sixes to seal victory in style.