New Delhi, Dec 3: India captain Virat Kohli congratulated teammate Manish Pandey as the later got married on Monday (December 2). Just like his skipper, Manish Pandey tied the knot with Ashritha Shetty, who is an actor in the South industry. Kohli married Bollywood actor Anushka Sharma in 2017 in Italy.

Later, Kohli and his deputy in the limited-overs format Rohit Sharma took to their respective Twitter handles and wished the newly married couple for starting a new chapter in their life. 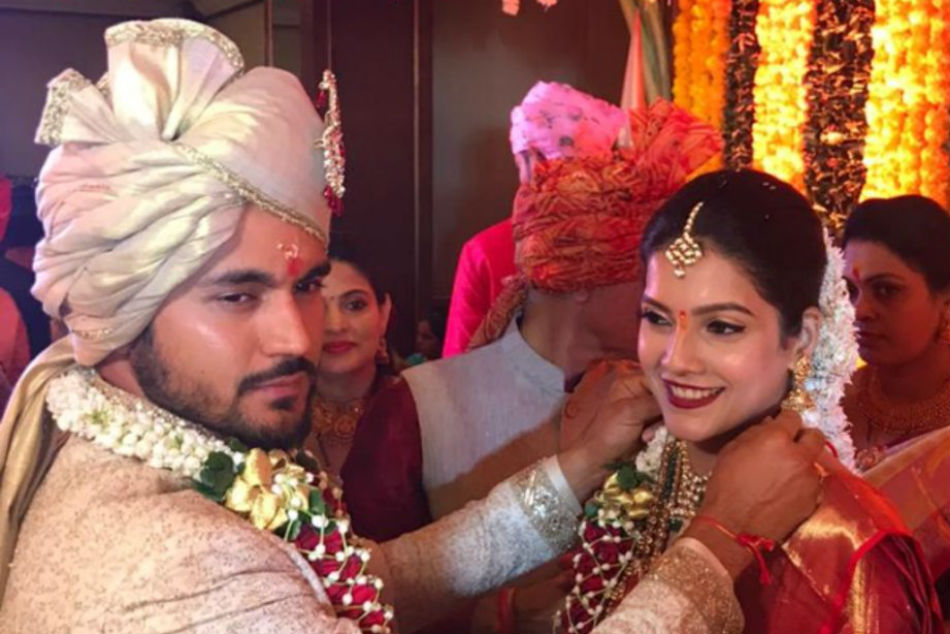 The 30-year-old Karnataka cricketer took the nuptial vows in a traditional ceremony that was attended by family and close friends.

Manish's wife Ashrita is a well-known face in the South industry. The 26-year-old shot to fame after winning a beauty pageant in 2010 and has featured in hit films like Indrajith, Oru Kanniyum Moonu Kalavaanikalum, Udhayam NH4.

Kohli took to his Twitter handle to wish the newly married couple and congratulated his teammate for starting a new chapter in his life.

"Congratulations Pandey Ji. Wish you both a lifetime of beautiful moments and happiness. God bless you both," Kohli wrote on his Twitter handle.

"Wish you both all the happiness in the world. Trust me this will be your best innings 😉 @im_manishpandey," tweeted Rohit.

The night before his wedding, Manish led his state team Karnataka to their second consecutive title win in Syed Mushtaq Ali Trophy.

In a nail-biting encounter against Southern rivals Tamil Nadu, Manish led his team from the front and scored a match-winning fifty. Karnataka won the match by a margin of just 1 one.

The cricketer drove from Surat to Mumbai in the night itself after celebrating the win with his teammates.

Talking about the new journey in his life, the stylish middle-order batsman, during the post-match presentation in the Syed Mushtaq Ali final, said: "Looking forward to the India series, but before that, there is another important series for me, I am getting married tomorrow."