A lot of gum, but it's working - Labuschagne revels in starring role as Australia triumph

Sydney, January 6: Marnus Labuschagne might get through a lot of chewing gum, but he sees no reason to change his batting ritual after playing a starring role in Australia's 3-0 series whitewash of New Zealand.

Australia completed their series sweep thanks to a David Warner century and another five-for from Nathan Lyon, as they sealed a resounding 279-run win in the third Test in Sydney.

Warner's unbeaten 111 led Australia to 217 for two, Tim Paine declaring with a 415-run lead, and a comprehensive win was secured as the Black Caps were skittled for 136.

Labuschagne, who scored 215 runs in the first innings and hit 59 in the second, finished with 549 runs for the three-match series. 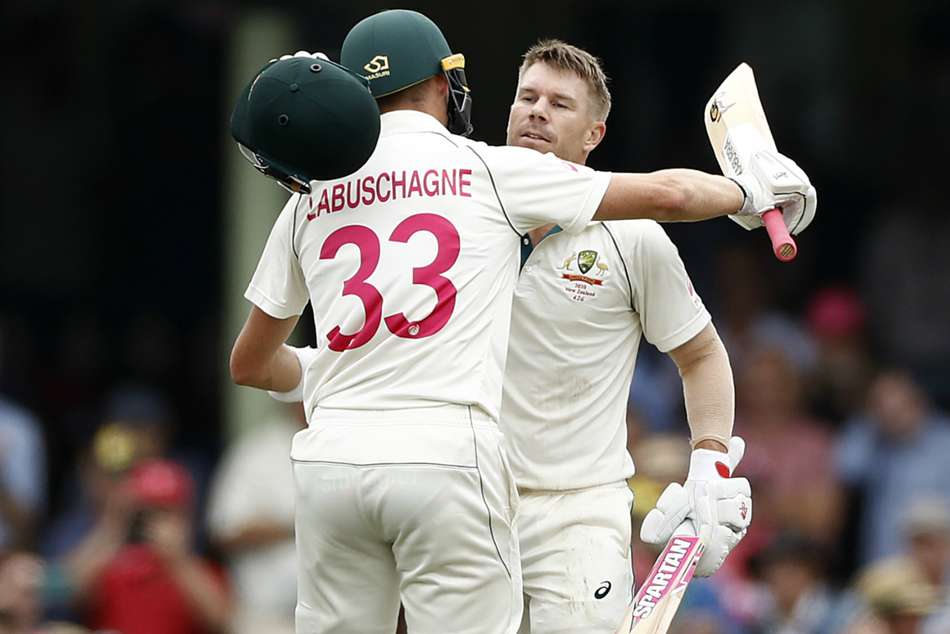 "It's been an amazing summer," he said at the post-match presentation where he was given the man-of-the-match and man-of-the-series awards.

"It's so special to share these moments with your family, who have been part of your journey. It's hard to put [the success] on one thing, but my level of concentration and not doing any silly things.

"A lot of gum but it's working, so why change. I just love the journey and it's been wonderful being part of this Australian team."

Labuschagne, along with Steve Smith and Warner, won praise from Paine, who says he is honoured to captain an Australia side ranked second in the ICC World Test Championship, while adding he hopes success on the pitch provides the nation with some enjoyment amid the ongoing bushfire crisis.

"I am very lucky to captain this group," the captain said. "Batting has become very consistent with Marnus leading this year and Steve and David back.

"It's a pretty simple task for me at times, to be honest. I think we can still get better, there were moments in this series as well when we were not at our best.

"We are really pleased with the progress we have made in the last 12 months but we know have some big series coming up.

"It hasn't been a great few weeks for our country. Our goal as a team is to give the Australians some entertainment. But our thoughts go out to them and firefighters are doing a great job."

New Zealand skipper Kane Williamson, meanwhile, acknowledged, his side must learn from their humbling defeat.

"Credit to the Australian team," Williamson said. "They were clinical but they put us under pressure session after session. There's so much to learn from this experience.

"We have a bit of time off, so a bit of regrouping. We were outplayed in all departments. There are number of things to work on and improve upon.

"For a number of guys, it's the first time here and you must appreciate it because you won't get this experience anywhere else."