Visakhapatnam, Oct 3: India batsman Mayank Agarwal entered his name in the record books as he converted his maiden Test century into a double ton on Thursday (October 3), the second day of the Visakhapatnam Test played between India and South Africa.

Mayank first reached his maiden Test century off 204 deliveries to become the 86th Indian batsman to score a hundred.

The 28-year-old Karnataka batsman thus became the fourth Indian after Dilip Sardesai, Vinod Kambli and Karun Nair to convert his maiden Test ton into a double. Mayank - who was playing in only his eighth Test innings - weathered 358 deliveries to get to his double ton. He was finally dismissed for 215 while attempting a slog but by then he had faced 371 deliveries. His innings was laced with 23 fours and six sixes. Interestingly, his opening partner Rohit had also hit the equal number of boundaries and sixes.

Earlier in the day, Mayank forged a mammoth 317-run opening stand with Rohit Sharma - who scored 176. The record-breaking first-wicket stand was India's highest against South Africa and third-highest overall.

Both Mayank and Rohit notched up their respective tons in this innings against South Africa and this was the 17th instance when both openers registered 150-plus scores and fourth for India.

A good century by Mayank Agarwal. He has worked hard since his debut in Australia.
The opening partnership between him & Rohit Sharma has been a joy to watch.#INDvSA pic.twitter.com/o1Z0A4uuwq

The record-breaking partnership was also the twelveth highest opening stand in Test cricket and third-highest for India. 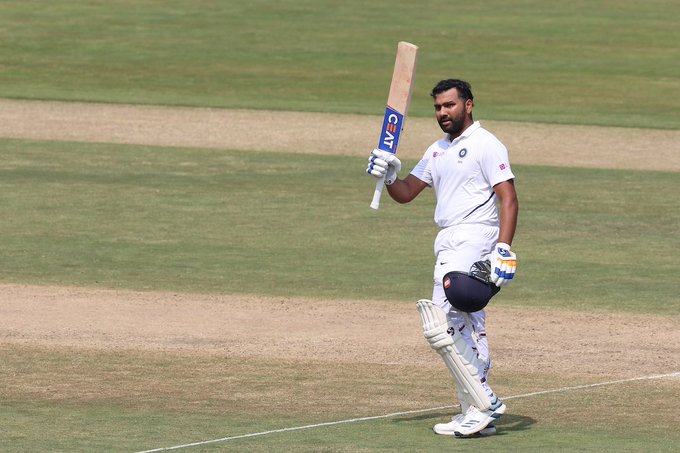 Team-wise: Instances of openers to score a double hundred in Tests

Earlier, Rohit and Mayank became only the third Indian opening pair to share a 300-run partnership in the history of Test cricket. Rohit, who made his debut as a Test opener here, was dismissed after scoring 176.

Besides Rohit and Agarwal, other Indian opening pairs to share a 300-plus partnership in Test cricket are Vinoo Mankad and Pankaj Roy (413 runs against New Zealand in 1956) and Virender Sehwag and Rahul Dravid (410 runs against Pakistan in 2006).

Agarwal, who made his debut against Australia in Melbourne on December 2018, took eight innings to register his maiden Test century.