Rohit Sharma missing his teammates, reveals the first thing he'll do once lockdown is lifted

Mumbai, May 24: India's limited-overs vice-captain and star batsman Rohit Sharma is missing his teammates in the self-isolation and the first thing he'll do after the lockdown is lifted is meeting them in person apart from hitting the nets.

Rohit interacted with presenter Joe Morrison on the official Facebook handle of La Liga during a live chat on Saturday (May 23) and revealed how badly he's missing his cricketer friends but enjoying the break with his family.

When asked what he's looking forward to the most and the kind of camaraderie with his teammates, the right-handed batsman said: "Yes, I miss that although we as friends are trying to stay in touch through the video calls and video conference calls to see what's one been up to, things like that. and we manage that pretty well. Yes, I miss my teammates, hanging around with them (and) also have some banter here and there because when you are playing together, we are playing or travelling together. So it's like a family with all these guys. So the first thing I want to do is to catch up with all these guys and try to hit some balls as soon as I can. 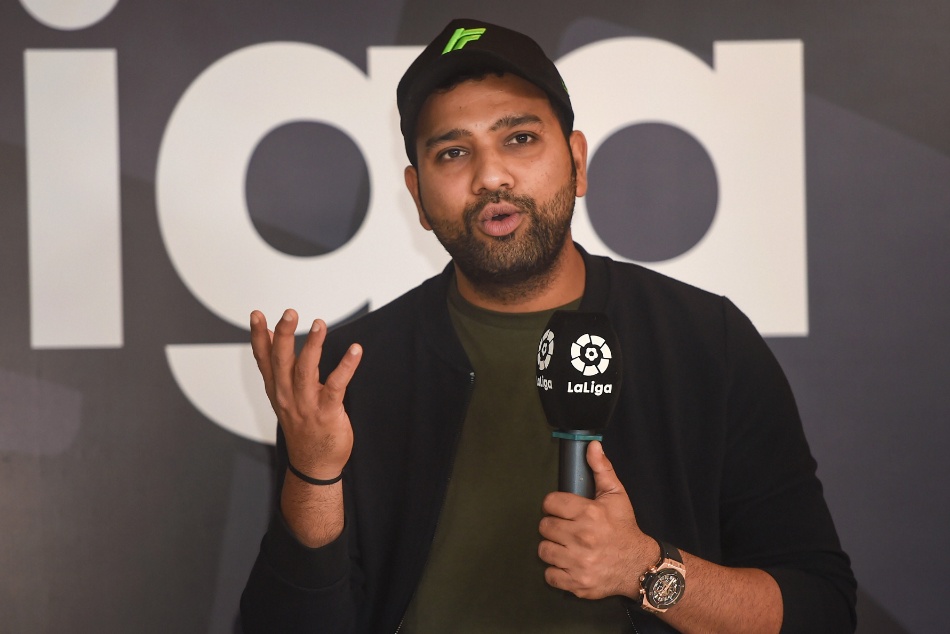 While talking about who's he looking forward to meeting first when he gets back to work and who's the joker in the team, Rohit said: "There are quite a few jokers in the squad. In India, it is going to be different as certain parts of the country have been affected the most and certain parts which have not been affected a lot. So I am assuming that those places might open up a lot earlier than Mumbai, where I stay and which is the most infected. I feel the other guys will send me videos of catching up with each other a lot earlier than I do."

When asked how the talented batsman is planning to make his comeback on the cricket pitch he said: "Before the lockdown started I was almost ready to play. That whole week was going to be my fitness test but unfortunately, I had to push back on things. Once the lockdown is over I will go to the centre (NCA) and give my fitness test and after I pass my fitness test I will be able to resume playing with my team once again."

The 33-year-old said if he played football professionally he would have been a midfielder. Rohit revealed further that some of the cricketers like Yuvraj Singh, MS Dhoni also love playing the beautiful game but don't like running much on the pitch.

"I would see myself playing in midfield and not attacking too much because that position is very skilful and you have to create a lot of chances and I don't like running a lot. It's a position where you not only create opportunities but also stop the opposition from creating opportunities. I have tried playing a charity football game here in India, it was Bollywood against the cricketers, the All-stars and it was damn tough. It was 5-6 years ago, I remember, I was 25-26. There were a lot of older guys in the team who just did not want to do the running and made us do the running instead. Mahi (MS Dhoni), Yuvraj (Singh) and Virat (Kohli) were there in the team. Yuvraj is someone who doesn't like to run and so is MS.

When asked about his thoughts about games being played in front of empty stadiums, and will the fans take the whole experience, Rohit said, "Fans are so important for any sporting events across the world. They make the sport look so glamorous and right now we will understand the importance of them not being there at least for a little while. At the moment, the safety of people is of utmost importance and once those measures have been taken, then there can be an allowance of the fans to come to the stadium and watch the game. Safety is very important and that will be taken into consideration before taking any measures."