Kolkata, June 3: Indian speedster Mohammed Shami became the latest of the national team players to reveal that they miss the presence of Mahendra Singh Dhoni and hopes the former skipper will return to the team.

Shami, who has played under MS Dhoni in all formats, revealed in an Instagram chat with Rohit Juglan on Tuesday (June 2) that the players miss the presence of the former India captain on and off the field.

"I played in all the formats under him barring IPL. With regard to guidance, he will always treat his teammates in such a way that you won't even feel that he is M S Dhoni.

"He is such a big player. I have a lot of memories about him. Now also we think, Mahi Bhai will come and it will be fun playing," he said.

Dhoni has been on a sabbatical since India's World Cup semifinal exit in July last year and he was slated for a comeback in IPL, which has now been postponed indefinitely due to the coronavirus pandemic.

"One thing I like is he (Dhoni) likes to sit with everyone and have dinner. There are always two-four people with him. We chat till late night, and these are the things that one miss." 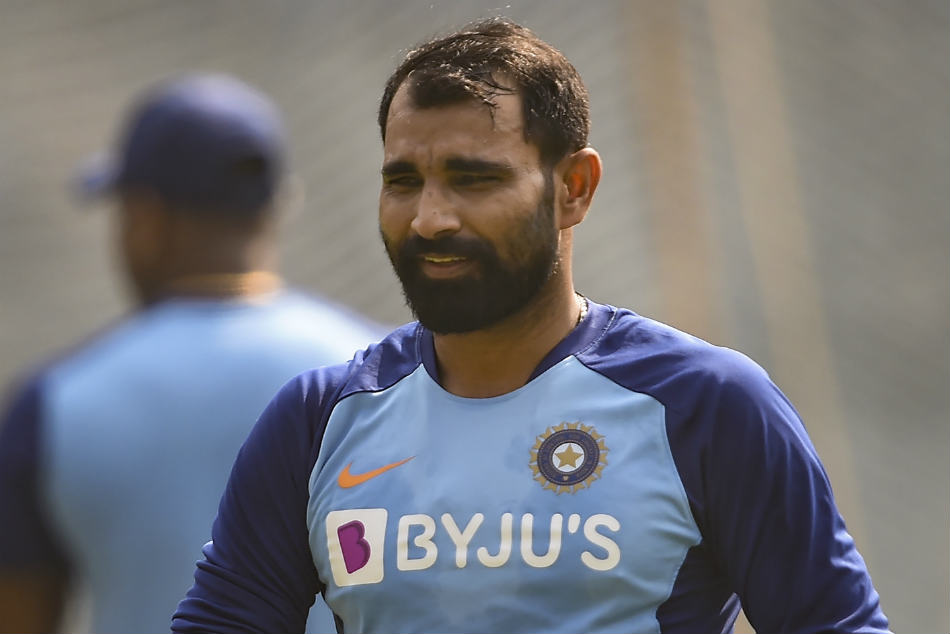 The ICC is set to implement a ban on use of saliva to shine the ball when the sport resumes after the coronavirus-forced lockdown as it feels spitting on the ball elevates the risk of COVID-19 transmission.

When there is debate in the cricketing world about the ban, the speedster says he can still get reverse swing going even after the proposed ban of use of saliva, provided the shine is properly maintained.

"There will be difficulties. We have been accustomed to using saliva since childhood. It's been deeply ingrained ... If you are a fast bowler, instinctively you apply saliva to shine the ball. But yes, if you can maintain the shine of the dry ball, it will definitely reverse," Shami said.

The ICC Cricket Committee headed by Anil Kumble, however, has said players can use sweat to polish the ball but Shami said it will not help a fast bowler.

"Sweat and saliva work differently. I don't think it will help. I never tried bowling without saliva. Now because of COVID-19 pandemic, it's very important to stop using saliva," said Shami, whose mastery over the reverse swing has been one of the big plus of Indian team.

With the fate of T20 World Cup in Australia still undecided, Shami said the players would look to play a tournament before going there directly.

"We are not machines, can't just switch on and off. As a sportsman, your body needs to get into rhythm. No one has touched bat and ball in this period. So a 10-15 days camp or a couple of series before the World Cup will be helpful to get back the momentum."

"We had partied long with team and family members on the top floor. We remember that series no one played selfishly. We want to take challenge anywhere. It will be one to watch and play for," he said about the upcoming series in Australia.

Shami rated his hat-trick in India's match against Afghanistan in the World Cup last year as the best moment of his cricketing career.

It has been a great comeback story for Shami, overcoming a career-threatening knee injury in 2015 and then personal trauma in early 2018 when his wife Hasin Jahan labelled criminal charges of assault against him and he was later dropped from BCCI's Central Contracts.

Shami spoke how he perfected the art of bowling with seam upright by throwing a kookaburra seam up to the ceiling fan while he had a fractured knee.

"I took a Kookaburra and threw it at ceiling fan so that it comes back with seam kissing the fan. I kept doing that for six-seven months lying in my bed with fractured knee," he said.

On personal front, he said: "If you think as a sportsman, you can't stay away from cricket. But when you think of family, and life, you will have sleepless nights and will keep troubling you... Family problems are more challenging."