New Delhi, December 24: As the decade of 2010 is nearing its end, Cricket Australia has released its ODI squad of the decade and named former India captain MS Dhoni as the captain of the side. Along with Dhoni, Rohit Sharma and Virat Kohli also found a spot in the list that features two South Africans, one English, one Bangladeshi, one Afghanistani, one New Zealand cricketer and one Aussie.

Dhoni, the 2011 World Cup-winning Indian captain, might have seen a dip in his form with the bat but there isn't a better cricketing brain in the business. The squad comprises five batsmen, one wicketkeeper-batsman, one spin all-rounder, three pacers and a spinner. 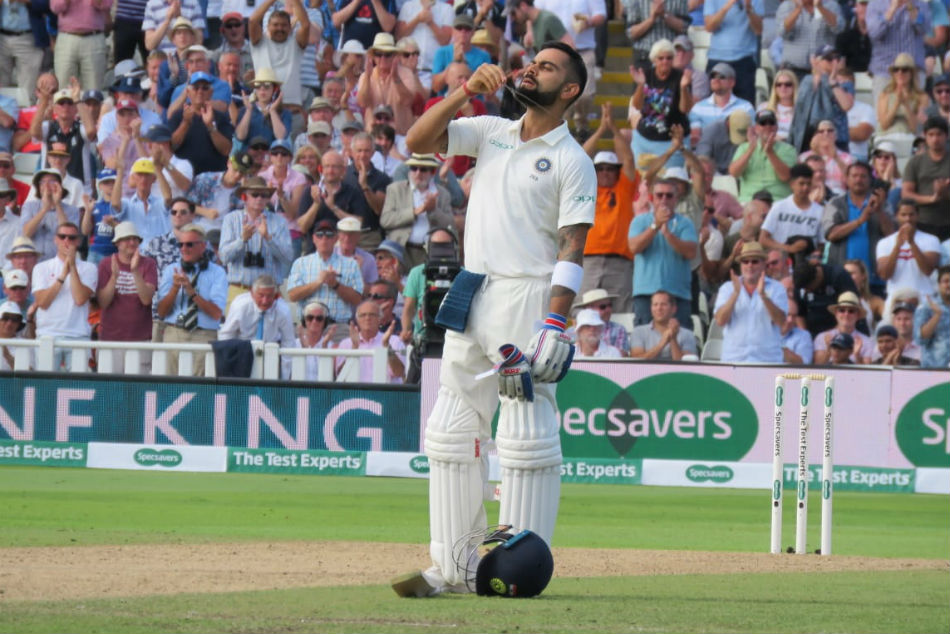 The Indian swashbuckler started opening for India in 2013 and has never looked back since. In the 180 ODIs played in the 2010s, Rohit has scored 8249 runs and averaged 53.56 with the highest score being 264. Rohit has slammed 28 centuries, including 4 double centuries in this period.

18 of the right-hander's 28 centuries this decade have been scored outside of India, five of which came during the ICC Cricket World Cup 2019.

The former South Africa opener was also in a rampaging form in this decade before hanging up his boots. The stylish right-handed batsman featured in 159 ODIs in this decade and scored 7265 runs at an average of 49.76. With 159 being his highest score in an ODI, Amla notched up 26 centuries and 33 fifties in this decade.

The prolific run-getter from India completely bossed 50-over format in this decade as the right-handed batsman from Delhi went from strength to strength to establish himself as one of the greatest white-ball batsmen of all time.

Kohli scored most runs 11,125, slammed most centuries 42, most fifties 52 in 227 ODIs he's played this decade. The right-handed swashbuckler's highest score of 183 also came in this decade and he averaged 60.79, second after AB de Villiers.

The South African batting great is only the second batsman after Kohli to feature in both Test and ODI squads of CA. Of 135 ODIs the former international cricketer played for the Proteas, de Villiers scored 6485 runs and averaged 64.20 in this period. He slammed 21 centuries and 33 fifties in this decade with 176 being his highest.

The Bangladesh all-rounder has been the best in the business for quite some time. He played 131 ODIs and scored 4276 runs at an average of 38.87. He slammed 5 tons and 35 fifties in this period and the left-arm spinner also picked up 177 wickets. He was the best all-rounder during the ICC Cricket World Cup 2019.

The right-handed wicketkeeper-batsman from England has been a force to reckon with ever since he made his debut for the Three Lions. He has represented England in 142 ODI and scored 3843 runs and averaged 40.88.

Buttler has slammed nine centuries and 20 fifties in this period but it was his power-hittings in the last five years that made England a dangerous limited-overs side and eventually helped them lift their first-ever World Cup trophy.

The legendary India cricketer is the only captain to have lifted two ICC trophies in this decade as he guided India to 2011 WC title at home and later in 2013, the Ranchi cricketer helped India lift Champions Trophy in England.

Hailed as one of the greatest limited-overs players of all times, Dhoni played 196 ODIs in this decade and scored 5640 runs and averaged 50.35. Dhoni mostly batted at No. 6 or 7 in this decade but still managed to slam four centuries and 39 fifties. He has also effected 72 stumpings and took 170 catches to establish himself as one of the finest wicketkeepers in the world.

His average of more than 50 is undoubtedly boosted by the fact 49 of his innings in which he remained not out but on the 28 occasions he has been not out in a run chase this decade, India has lost only three times.

The Afghanistan superstar has so far played 71 ODIs and picked up 133 wickets. Most of his wickets might have come against weaker teams but that doesn't undermine his performance as an extraordinary talent.

Rashid has been part of a leg-spin revolution in recent years and the fact he's the fastest to pick up 100 wickets in the ODIs. He took 44 ODIs to clinch 100 wickets, which is eight fewer matches than anyone else.

The left-arm speedster from Australia was the hero for the Aussies in their World Cup-winning campaign in 2015 WC at home. In 85 ODIs he's played in this decade the mean pacer has picked up 172 wickets. He's claimed seven five-wicket hauls in this decade.

The left-arm pacer from New Zealand has played 89 ODIs in this decade and picked up 164 wickets, including five fifers. He has been a key figure in a New Zealand side that has reached consecutive World Cup finals.

The Sri Lankan sling-king has been one of the biggest match-winners for his team in this decade. In the 162 ODIs he has played, Malinga has picked up 248 wickets which included eight five-wicket hauls. He averaged 28.74 in this decade and his economy remained 5.46.

Special Mention: India's star pacer Jasprit Bumrah got an honourable mention for his exploits in the limited-overs format. Despite bowling plenty of overs at the death, Bumrah - who is Malinga's protege - has finished the decade with an economy rate of just 4.49, the best of all fast bowlers to have taken more than 100 wickets since 2010. He has only played 58 ODIs so far.