MS Dhoni plans for IPL 2021 even as fans speculate retirement

Bengaluru, October 24: After failing to make it to the play-offs of the Indian Premier League (IPL) for the first time since the tournament's inception in 2008, there has been increasing clamors for the removal of Mahendra Singh Dhoni as Chennai Super Kings (CSK).

Crestfallen fans have even started speculating that the Indian cricket legend will soon call it quits from IPL just like he did by calling time on his international career a couple of months ago.

Those rumours comes in the wake of Dhoni giving the team jersey to a couple of players.

England's Jos Buttler posed with an autographed jeresy of Dhoni after CSK's match against Rajasthan Royals on Monday (October 19) and on Friday (October 23) Pandya brothers -- Hardik and Krunal -- were photographed with the No.7 CSK Jersey after Mumbai Indians' crushing win.

However, going by early signs it looks as though those gossips will remain as it is as Dhoni is in mood to quit and wants to have another shot at an IPL, the next edition of which could be just six months away.

After the humiliating loss to champions MI in Match 41 of IPL 2020 at the Sharjah Cricket Stadium, Dhoni said that the team will give more chances to youngsters in the remaining games as part of the planning for IPL 2021. 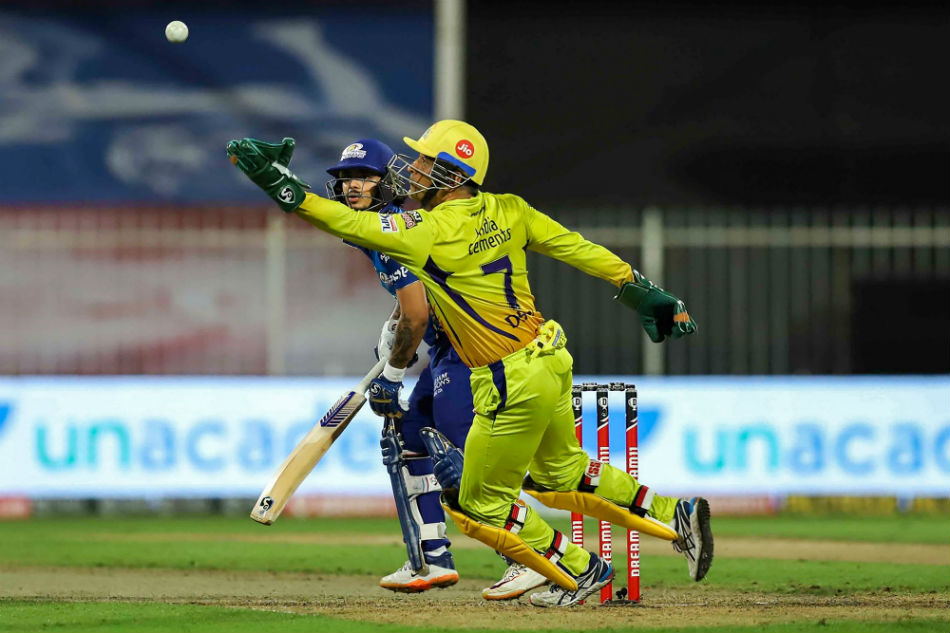 "It's always good to give guys who've have not so far got enough chances to form a settled playing XI," said Dhoni in the post-match presentation.

CSK have won just three from 11 matches so far and next take on the in-form Royal Challengers Bangalore at the Dubai International Cricket Stadium on Sunday (October 25).

CSK have nothing to play for but pride when they lock horns with RCB in what used to be called the Southern Derby once.

And Thala Dhoni was spot on when he said that CSK would like to sign off on a high.

"In cricket, when you're going through a tough phase, there're a few things that need to go your way. It doesn't always go your way, but hopefully in the next three games, we'll try to maybe put our last stand."