By Mykhel Team
Updated: Friday, June 11, 2021, 23:45 [IST]
omnisport-MyKhel Team
James Anderson made his 162nd appearance in a Test match but New Zealand should be in a more celebratory mood after day two at Edgbaston.

Edgbaston, June 11: New Zealand are in a commanding position in the second Test with England after the hosts were frustrated on a history-making day for James Anderson.

Having closed day one on 258 for seven, a first session burst from Mark Wood helped England past the 300 mark before Anderson, making a record 162nd England Test appearance, was dismissed to leave them all out for 303.

But Devon Conway (80), a double centurion on debut at Lord's, and Will Young (82) each took advantage of reprieves to put the tourists in a position to build a potentially decisive first-innings lead.

New Zealand reached the close 229 for three, putting England's efforts in the early stages of day two in a significantly less flattering context.

The expansive contributions of Wood (41), whose seven boundaries saw him provide support for Dan Lawrence (81 not out), brought great joy to the 18,000-strong home crowd allowed into Edgbaston. 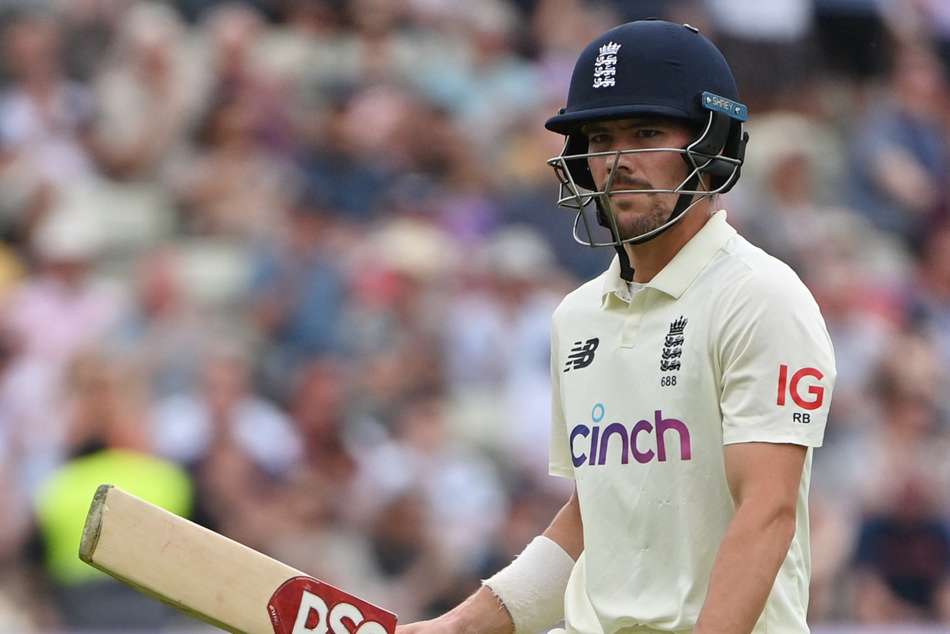 Even after Wood departed to Matt Henry (3-78) and Trent Boult (4-85) had Stuart Broad caught behind for a duck, the fans were in celebratory mood as Anderson (four) took to the field as the number 11 batsman.

His stay at the crease was brief, Boult trapping him lbw, and his efforts to mark a landmark appearance by adding to his tally of 616 Test wickets were met with stiff resistance.

Broad pinned stand-in captain Tom Latham in front for six and appeared to have claimed the prized wicket of Conway, who edged to Zak Crawley at third slip.

But the soft signal from the umpires was not out and TV umpire Michael Gough refused to overturn that decision, leaving Broad aghast.

Olly Stone drew a thick edge from Young on seven only to see captain Joe Root drop a simple catch at first slip in another let-off for New Zealand, who then capitalised ruthlessly.

Conway and Young combined for 122 as England toiled in their pursuit of a second wicket. An 85-ball half-century continued an excellent series for Conway, while Young's fifty was the first of his Test career in his third match.

Crawley was on hand to catch at deep square leg as Broad finally removed Conway and, though Anderson saw a poor lbw decision against Ross Taylor (46 no) overturned, England did find further reward on a disappointing day when Young fell to the part-time off-spin of Lawrence.

By taking the wicket of Conway, Broad moved past West Indies great Courtney Walsh on the all-time list with his 520th Test dismissal. Anderson and Glenn McGrath (563) are the only seam bowlers ahead of him. With figures of 2-22, Broad was easily the pick of the England bowlers on a trying day.

While they cannot be accused of not taking advantage of their reprieves, both Conway and Young will be frustrated not to reach three figures. Conway's exit came about as a result of an ambitious flick off the pads, while Young sent an inside edge from Lawrence into the clutches of Ollie Pope at fine leg with stumps set to be called. Two tame dismissals, but their hard work in turning this game in New Zealand's favour will be rewarded if Taylor builds on his fine start.