The five-match series got underway in impressive fashion for India, despite the Black Caps - led by half-centuries from Colin Munro (59), Kane Williamson (51) and Ross Taylor (54 not out) - posting 204-4 in Auckland on Friday (January 24).

KL Rahul (56) and Virat Kohli (45) combined for a second-wicket stand of 99 - aided by some gifts in the field - to do much of the heavy lifting, and the chase was then completed in style by an unbeaten 58 from Iyer with an over to spare. 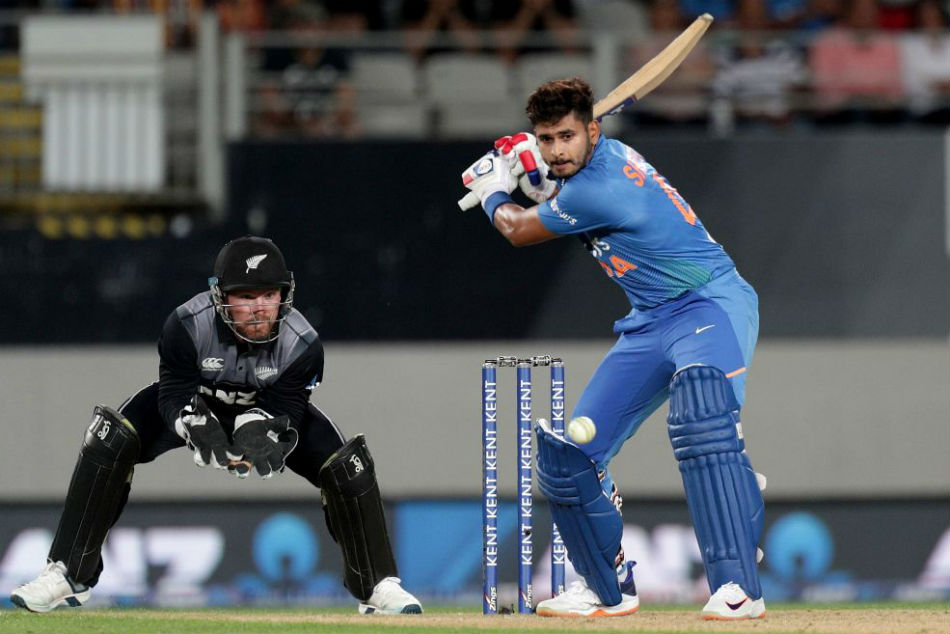 India vs New Zealand,1st T20I: As it happened

Paceman Bumrah took 1-31, yet he looked to be in real pain after a fall during New Zealand's final over, requiring treatment and initially appearing to indicate he could not continue.

India's bowling options for the Test series already look to be restricted by an injury to Ishant Sharma, but Bumrah, who has just returned from a back problem, was able to see out the innings.

Great win and full on entertainment.
Kohli, Rahul doing business as usual but very impressed with the temperament shown by @ShreyasIyer15 . #NZvsIND pic.twitter.com/n0abS4E7A5

New Zealand had started with an excellent partnership of 80 between Martin Guptill (30) and Munro, before Williamson sought to lift the rate as the pace slowed.

Williamson's stand with Taylor was particularly effective - 61 off 28 - but the captain offered a simple catch to opposite number Kohli, and Bumrah then came to the fore.

Tim Seifert was swiftly dealt with, yet the final over began with a four from overthrows, before Bumrah rolled his left ankle on the edge of the wicket with the second delivery, eventually lifting himself to at least limit New Zealand to 203-5.

India's unconvincing fielding paled in comparison to their opponents' initial efforts, though.

Rohit Sharma departed for only seven but New Zealand passed up huge opportunities to halt Rahul and Kohli, failing to run out the former with two attempts and then seeing Ish Sodhi drop the captain.

But Tim Southee clung on brilliantly as Rahul belatedly departed in the 10th over, before an even better take from Guptill spelt the end of Kohli's knock.

The boundaries subsequently dried up, threatening to let New Zealand back in, before Iyer took up the mantle, blasting the winning six - his third - with the final ball of the penultimate over.