Ranji Trophy: Always felt I left something back here 23 years ago: Pandit

Bengaluru, June 26: Carrying the weight of a defeat that hurt more than most for over two decades, one couldn't fault Chandrakant Pandit for those moistened eyes as he folded his hands as a mark of respect towards the Mumbai dressing room.

After Rajat Patidar ran the most important single in the history of Madhya Pradesh cricket, it completed a cycle for head coach Pandit, 23 years after his failure to win the state side's maiden Ranji Trophy title as a player. 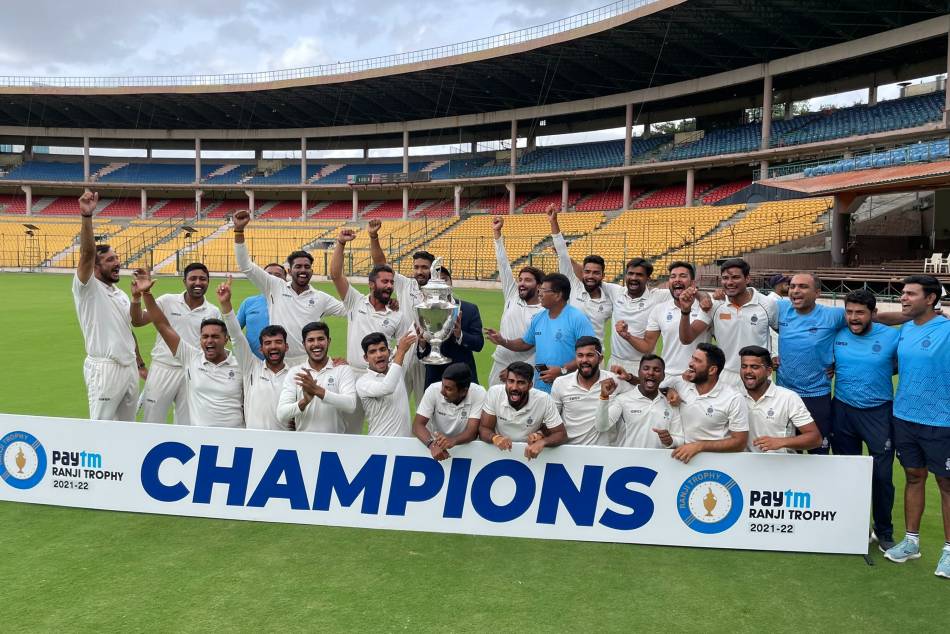 "Every trophy gives satisfaction but this one is special. I couldn't do it as an MP captain years back (23 years). All these years, I have always felt that I had left something back over here. That's the reason I am a bit more excited and emotional about it," a visibly exhausted Pandit said after his latest Ranji Trophy triumph.

Pandit has seen heartbreaks as a player - his best Test knock of 39 came in the famous tied Test against Australia at Chepauk. Then, he was well set on 24 in the World Cup semi-final versus England at the Wankhede Stadium in 1987, but India lost the game. Or the gut-wrenching one-run defeat in the Ranji Trophy final against Kapil Dev's Haryana.

But what had hurt him the most was that Ranji final for MP in 1999 when he was on his hunches sobbing inconsolably after being beaten by Karnataka. It was his last professional game and he had lost it.

As a coach, he has turned the corner literally, with an unprecedented six Ranji Trophy titles. Pandit and Aditya Shrivastava, by the former's own admission, share a "special bond", which is beyond the professional coach-captain relationship.

"To reach the top, one has to make sacrifices. When Aditya was getting married last year, he came to me and asked what should be a good time and I told him that I can only release him for festivities for a period of two days," Pandit said, giving another glimpse of the no-nonsense hard taskmaster that he has been for years.

"I got married last year but I haven't even taken a 10-day vacation with my wife," the smiling young captain said. "I told them for success, you need to put in long hours of hard work. It is like a mission," the coach quipped. 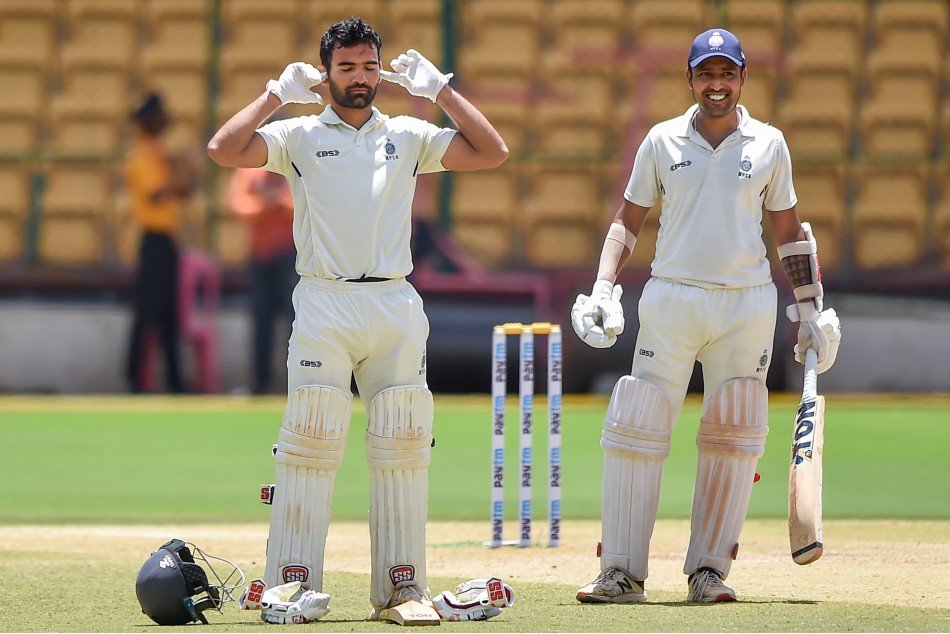 Pandit was grinning from ear to ear as he walked up to the Chinnaswamy Stadium ground staff and got his entire team to do a photo session with them. "You people have produced an excellent wicket and this is special as it is the 100th first-class game at this venue," he told them and his captain handed over a wad of 500 rupee notes to one of the curators.

He has won six Ranji Trophy as a coach -- three with his home state Mumbai, two with Vidarbha and now with Madhya Pradesh -- which was special as his last first-class season was with them. "First thing I will tell sir is to laugh out loud. He is so serious about his work and he is ready to talk cricket whenever you want," the champion team's skipper said about his 'Guru'.

He is the proverbial man with the magic wand in domestic cricket but Pandit himself admits that there is a method to his madness. And yes, remaining honest and humble.

"I have never tried to get on top and I always have had respect for the game. My coaching principles are based on what I have learnt from my three gurus - my first coach late Ramakant Achrekar, my Mafatlal (office team) captain late Ashok Mankad and the great Polly Umrigar," Pandit said.

Pandit understands that the youngsters who are becoming professional cricketers in the era of T20 will have an inclination to bag IPL contracts. Despite being a devotee of red-ball cricket, Pandit as a coach has learnt the art of working around the mindset of young players and getting them hooked to what success in Ranji Trophy means, and the legacy it can create.

"There is no point trying to take them away from white ball cricket, but at the same time, make them understand that Ranji Trophy is the biggest domestic tournament," he said.

"Even when Venkatesh (Iyer), Avesh (Khan), Rajat (Patidar) and (Kumar) Kartikeya were playing IPL, they were in touch with me and regularly talking about preparations for Ranji Trophy," Pandit informed.

He mentioned about the unstinted support he has received from Madhya Pradesh Cricket Association (MPCA) which gave him a 'carte blanche' to operate. The selectors toed the Pandit line and when the Holkar Stadium, which isn't an MPCA property, was not available for training, the association paid money to book it so that players didn't suffer.

The MPCA president announced a cash reward of Rs 2 crore for the team and there was another round of cheers. One of the USP of Pandit, he believes, is working with teams that "don't have superstars" as they understand his thought-process well and are ready to surrender to him unconditionally.

No questions asked, no offence meant and none taken. It doesn't work in star-studded units, and hence, one would never find the bigger states (save Mumbai) approaching Pandit, as no one would be able to fully commit to his demands. 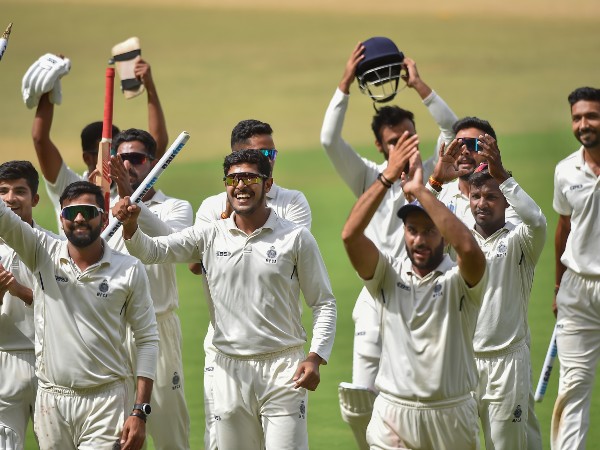 Recently, the PTI asked him if he misses out on the IPL gig, and he smiled and said: "Agar phone karunga, toh kuch mil jayega par who mera style kabi thaa nahi (If I call (any IPL teams), I will get something but that's not my style)."

He recalled how a meeting with KKR principal owner Shah Rukh Khan was fixed at the latter's bunglow before the 2012 season. "I met Mr Shah Rukh Khan back then but somehow I couldn't bring myself to work under a foreign coach,'' he had said on that day.

He is now 60 plus and won't be considered for any national team's coaching assignment. But Pandit has no qualms. Over the years, the likes of Sunita Sharma, Rajkumar Sharma, Sanjay Bhardwaj have all got the prestigious Dronacharya Award for their association with particular cricketers of repute but if one looks at record, the man from Mumbai's Andheri is the resident 'Drona' of Indian domestic cricket.

Just after the trophy was handed over to MP captain Shrivastava and the players, Pandit told them to hold the pose. On a count of three, he yelled, "who are the champions?", and the bunch of young men shouted back, "Madhya Pradesh". That was 'the moment'.