Raipur, March 21: India Legends held on to their nerves in the all-important final as they got the better of Sri Lanka Legends to be crowned the champions of the inaugural edition of the Road Safety World Series 2020-21 here at Shaheed Veer Narayan Singh International Cricket Stadium on Sunday (March 21).

Riding on sensational half-centuries from all-rounders Yusuf Pathan and Yuvraj Singh, followed by a superb bowling performance Pathan Brothers' (Irfan and Yusuf), the Sachin Tendulkar-led side win the match by 14 runs. 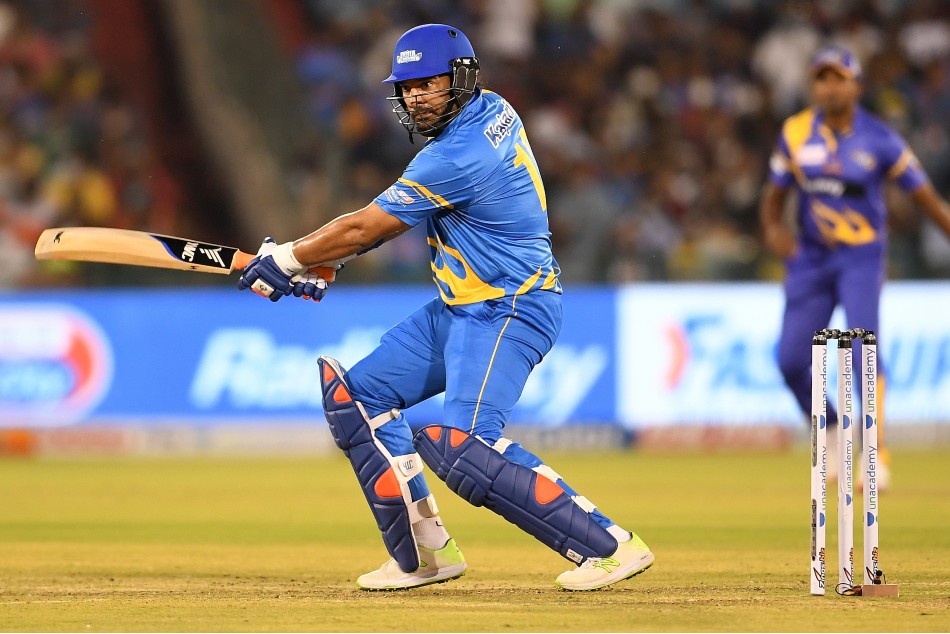 Defending a total of 181 runs, India Legends restricted Sri Lanka Legends to 167 for 7 in the stipulated 20 overs. The Sri Lankans were off to a decent start as in-form captain Tillakaratne Dilshan and Sanath Jayasuriya gave the visitors a brisk start in the run chase. But after Dilshan's dismissal for 21 in the 8th over by Yusuf opened the floodgates for the Lankans. He stitched a partnership of 62 runs for the first wicket but wickets kept falling at regular intervals after his dismissal.

Jayasuriya (43), Chinthaka Jayasinghe (40) and Kaushalya Weeraratne (38) were the only batsmen who showed some resistance with the bat in the tricky run chase for the Lankans. 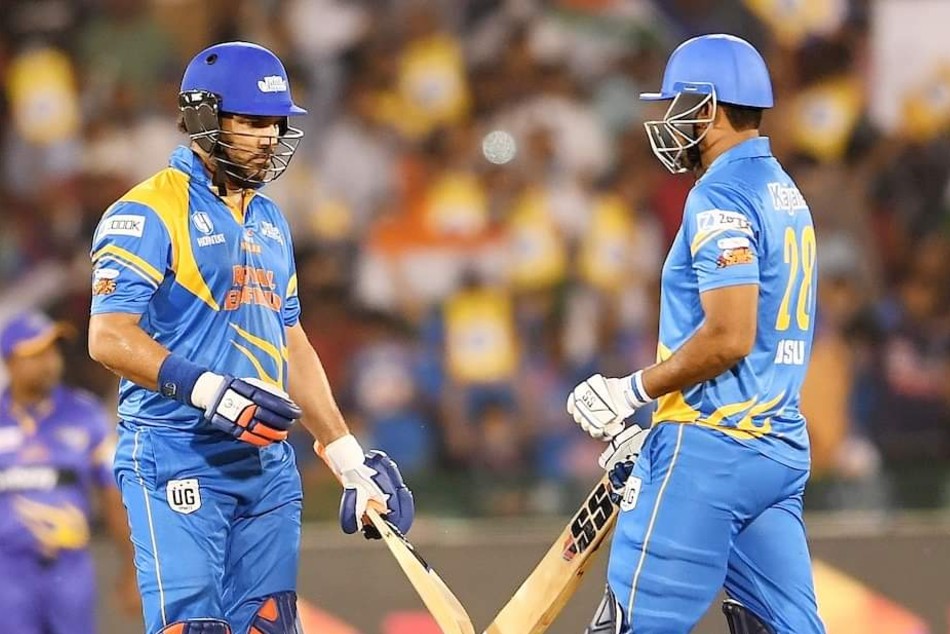 Put in to bat first by Sri Lanka Legends skipper Tillakaratne Dilshan won his eighth straight toss in the tournament and invited Sachin Tendulkar and his band to bat first on the Raipur track.

The Indians didn't get the start they wanted as Virender Sehwag was clean bowled by Rangana Herath for 10. Later, S Badrinath (7) was also dismissed in the power-play.

However, skipper Sachin Tendulkar and in-form all-rounder Yuvraj Singh steadied the ship with a partnership of 43 runs for the third wicket. Tendulkar scored 23-ball 30 before he was dismissed in the 11th over. But a sensational 83-run stand between Yusuf and Yuvraj helped the hosts post a respectable 181.

Yuvraj slammed 41-ball 60 in his knock which was also laced with four sixes and as many boundaries. Yusuf, however, remained unbeaten on 62 off 36 deliveries.