India captain and opening batter Rohit Sharma, known as Hitman for his ability to hit sixes, has one of the best numbers in ODI cricket, scoring close to 10000 runs in the 50 over format.

Rohit is currently the sixth highest run scorer for India and fifteenth highest run-getter overall in ODIs with over 9000 runs, including 30 hundreds and 48 fifties in the format at an average close to 50.

Also among the 30 hundreds, eight have been of scores 150 plus, including three 200 plus scores. He is the only player to score three double hundreds in the format and is also joint third in the list for most hundreds in ODIs.

The 35-year-old is tied with Australia great Ricky Ponting for ODI hundreds and is only behind India icon Sachin Tendulkar and Virat Kohli, who have scored 49 and 46 hundreds respectively in the 50-over format. Among the 30 hundreds, 23 have been in winning cause so far.

Rohit, who made his ODI debut in 2007 batting in the middle order, scored his first hundred three years later in 2010 at the Queens Sports Club in Bulawayo against Zimbabwe. He was often in and out of the national side, but cemented his place a few years later.

He has so far scored 13 hundreds in SENA countries. And among the 13, five have been scored in Australia, one in South Africa, and seven in England, including five in the 2019 World Cup. In total, he has scored 6 hundreds in the World Cup which makes him level with Tendulkar for the feat. 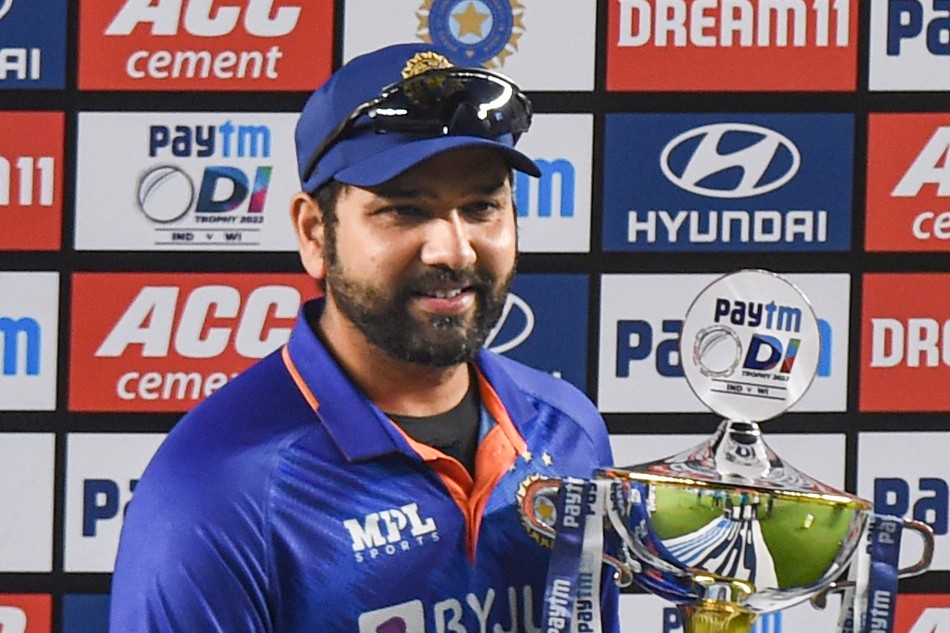 Rohit Sharma Captaincy Record and Stats in ODI So Far: All You Need To Know About Indian Skipper

12 of his 30 hundreds have come at home, while 3 have come in other Asian countries (Sri Lanka and UAE), and 2 have been scored in West Zimbabwe.

His favourite ground has been Edgbaston in Birmingham, where he scored 3 ODI hundreds followed by M Chinaswamy Stadium in Bengaluru, Queens Sports Club in Bulawayo and Greenpark Stadium in Kanpur and MCG in Melbourne, where he has smashed 2 hundreds each.