Bengaluru, Aug 9: India leg-spinner Yuzvendra Chahal on Saturday (August 8) announced his engagement to Dhanashree Verma. Chahal took to his social media handles to announce the decision and wrote: "We said Yes, along with our families."

Dhanashree is a doctor by profession and does choreography too. She is also active on YouTube channels as per her profession. Chahal has appeared on a few Zoom workshops with Dhanashree earlier during the lockdown.

Cricketers and fans started congratulating the Royal Challengers Bangalore (RCB) spinner after he made the announcement of his engagement. 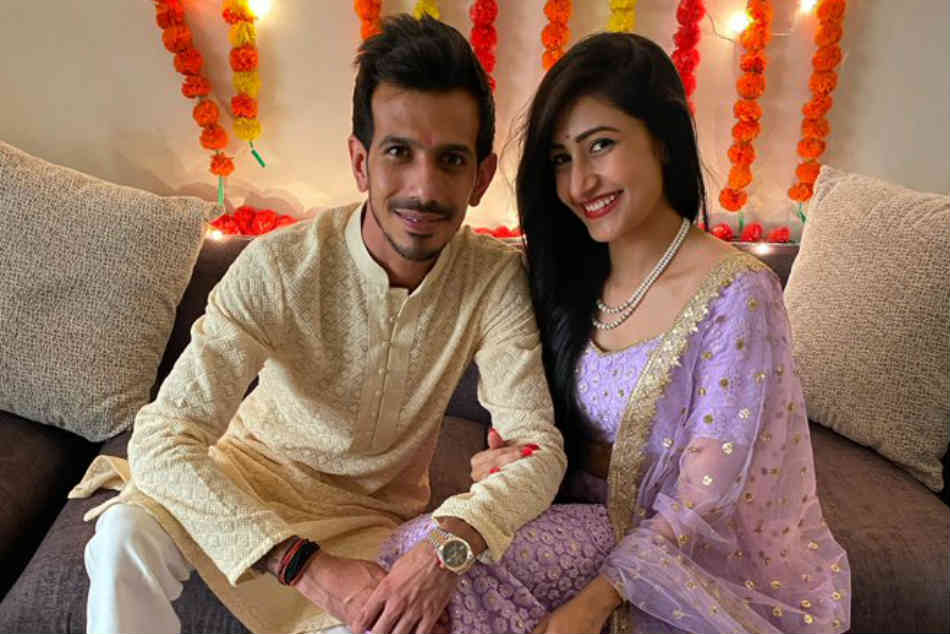 Former India opener Virender Sehwag and his India teammate Rohit Sharma and Virender Sehwag took to their respective Twitter handle to greet Chahal and even pulled his legs in a funny way.

While Rohit posted a funny image, Sehwag went a step further and said the India cricketer got inspired by Prime Minister Narendra Modi's call to turn a disaster into an opportunity.

Chahal's engagement is another high profile news surrounding an Indian cricketer as all-rounder Hardik Pandya and his wife Natasha Stankovic became parents to a baby boy a few days back.

The teams will travel to UAE on August 27 and will be quarantined in that country before the IPL 2020. The BCCI had made extensive arrangements including a bio-secure atmosphere for the safety of the players, officials, broadcast crew and other people associated with the league. It has been reported that the BCCI and the Tata Medical Services will soon arrive at an agreement for the creation of the bio-secure bubble.