New Delhi, Sep 29: Out of favour India cricketer S Sreesanth is known for his outspoken behaviour off and on the field. After getting his life-time ban lifted by the Supreme Court in connection with the IPL 2013 Spot-Fixing Scandal, the right-arm cricketer has opened up about the turmoils he's gone through his career.

Sreesanth, who was part of India's World Cup winning sides in 2007 (World T20) and 2011 (50 over format), was known for his aggressive bowling. The 36-year-old still aspires to play for India now that he's proven innocent.

The Kerala fast bowler, who has played in 27 Tests, 53 ODIs and 10 T20 Internationals, was slapped a life ban in August 2013 along with his Rajasthan Royals team-mates Ajit Chandila and Ankeet Chavan for allegedly spot-fixing. 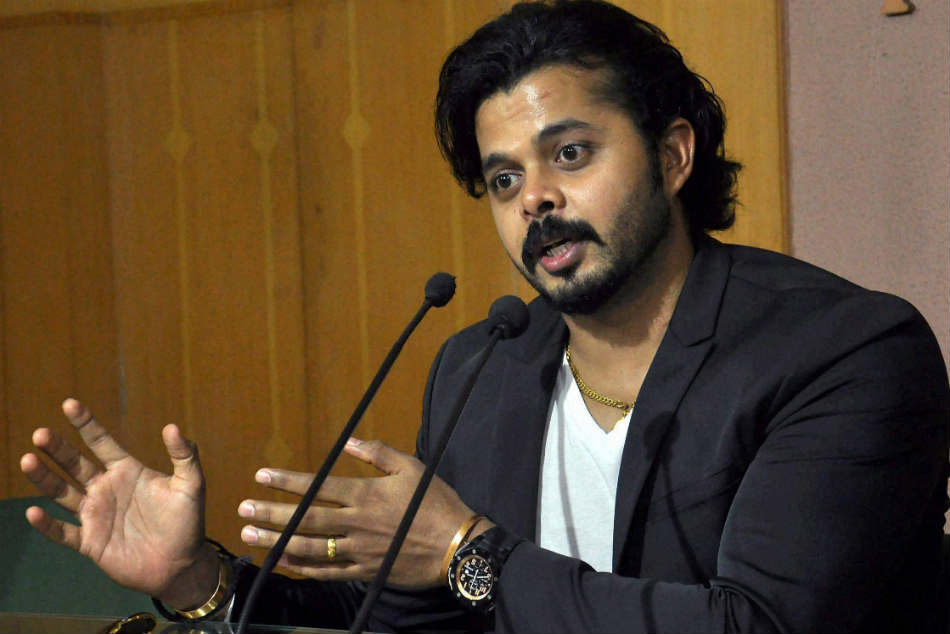 Happy and relieved after ban to end in August 2020: Sreesanth

In August this year, the BCCI Ombudsman DK Jain ordered that the two-time World Cup-winner's suspension be amended to seven years and he be allowed to play next year.

In an interview with The Indian Express, the cricketer has revealed about the mental trauma he went through during his days at Tihar Jail and how thoughts of committing suicide often crossed his mind. In the interview, Sreesanth also revealed why he hates IPL franchise Chennai Super Kings (CSK) which is led by veteran India cricketer Mahendra Singh Dhoni.

"I swear on my kids, I swear on my dad, who is ill but surviving for the last five-and-half years just to watch a match, I swear on my mom, who had her left leg amputated just one-and-half months back and who hasn't given up hope of watching me in a match - I haven't done it (spot-fixed in a game). I will never do it even for 100 crores."

Narrating his harrowing experience at Delhi's Tihar Jail, where he interred for 26 days, the Kerala cricketer claimed he was bullied by jail inmates and suffered mental and physical torture.

Suicidal thoughts often crossed his mind and to that he said, "I came close, very close, to death four-five times but I pulled myself back. Some power, even bigger than god, like something that made god maybe," he says. "I have grown a lot more philosophical in the last six years." Therapists did their bit. "No shame in saying that but more than anything I think it was music that got me out of it."

Former Rajasthan Royals coach Paddy Upton in his book wrote that Sreesanth was so desperate to play that when he was dropped, he had abused him and Rahul Dravid, the captain. Upton seemed to suggest in his book that in hindsight, Sreesanth's desperation was because he wanted to play to fix.

"Mr Upton, touch your heart and touch your kid's heads, did I ever abuse you either during India team or in IPL? I want to ask the legend Rahul Dravid, someone whom I respect and love, when did I ever fight with him? When did I abuse with him the way Upton said in his book?"

On his hatred for Chennai Super Kings

"I requested Upton many times to let me play that game - only because of my history with CSK and because I wanted to defeat them. He made it out differently that I wanted to play as if for fixing. Everybody knows how much I hate CSK, I don't have to say. People might say because of MS Dhoni or N Srinivasan sir or whatever but that's not the truth; I just hate the yellow colour. I hated Australia for the same reason. Most importantly, I have done extremely well against CSK that's why I wanted to play."