Ahmedabad, February 20: The newly-built cricket stadium in Motera in Ahmedabad is now officially ready to host US President Donald Trump, who along with Prime Minister Narendra Modi, will address a gathering in the arena on February 24.

The Ahmedabad Municipal Corporation (AMC) on Wednesday (February 19) gave building use (BU) permission to the mega complex, clearing the way for the much-awaited event. 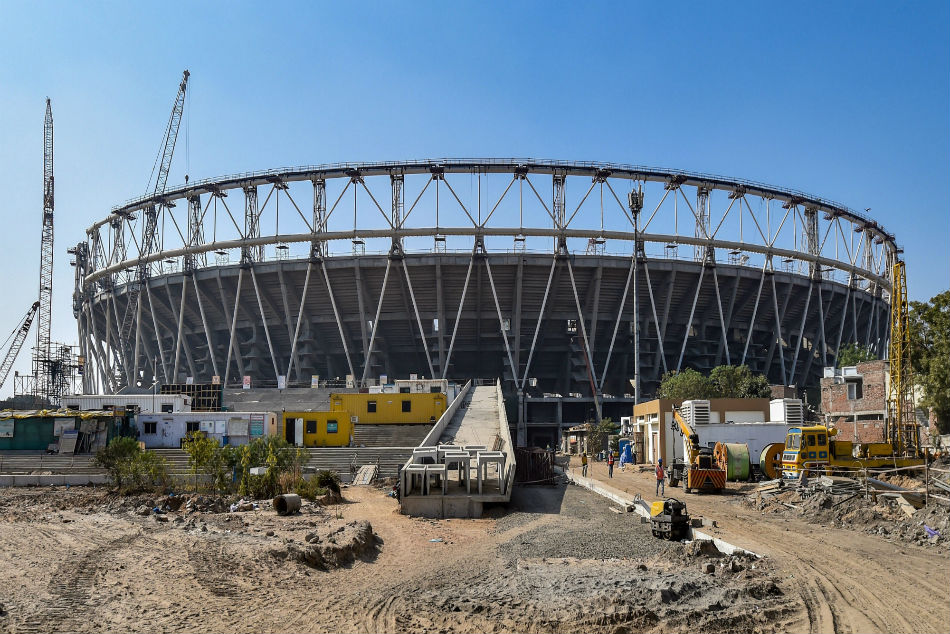 "US President Donald Trump and our Prime Minister would address people in this stadium on February 24. After going through various technical aspects related to the construction of the stadium, the AMC awarded building use permission to the stadium today," he said.

Along with the BU permission, the stadium was also given structural safety certificate, said Nehra.

"Before granting the certificate, the AMC had assessed the structural stability from its side and then roped in an expert from Chennai to cross check our findings.

"Then, a committee took into account all these findings and decided to give structural safety certificate to the stadium," Nehra told reporters.

Fire safety measures have also been taken to deal with any eventuality, he said.

"The stadium management has put in place an elaborate fire safety plan, which we also checked and conducted a mock drill to see if it would work when needed.

"In the UPS server room, they have installed VESDA - Very Early Smoke Detection Apparatus. The entire complex has 125 hydrants with hose rolls and 9,000 sprinklers," the IAS officer said.

While the AMC has already provided water connection to the stadium, Nehra said the management has constructed 65 percolating wells in the premises for rainwater harvesting.

The mega event has been christened as "Namaste Trump" and over 1.10 lakh people are expected to attend it. This event will also mark the inauguration of the new stadium.

Both Trump and Modi will speak at the event which will be similar to the Howdy Modi programme organised in Houston in the US last year. 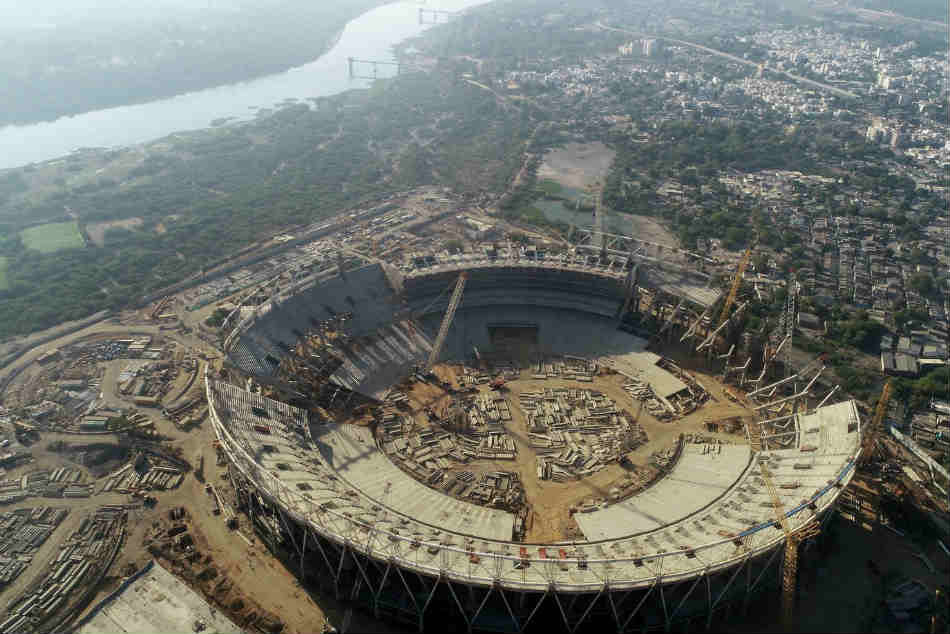 As announced earlier, the two leaders will also take part in a 22km roadshow before reaching the stadium. The roadshow will start from the Ahmedabad airport and end at the stadium located in the Motera area.

The Sardar Patel Stadium, owned by the Gujarat Cricket Association (GCA), has been completely rebuilt after demolishing the old one, which had a capacity to accommodate 54,000 spectators.

The new stadium, which can accommodate around 1.10 lakh people, is spread across over 60 acres. It was built in two years at an estimated cost of Rs 700 crore.

The GCA had earlier said the stadium will have 76 corporate boxes, four dressing rooms, a club house and an Olympic-size swimming pool.