Playing in only her fifth T20I, Shafali put the West Indies attack to the sword, blasting six fours and four sixes on way to her maiden fifty at the Daren Sammy National Cricket Stadium.

Shafali achieved the feat at 15 years and 285 days, surpassing batting legend Tendulkar, who had notched up his maiden Test fifty at 16 years and 214 days. 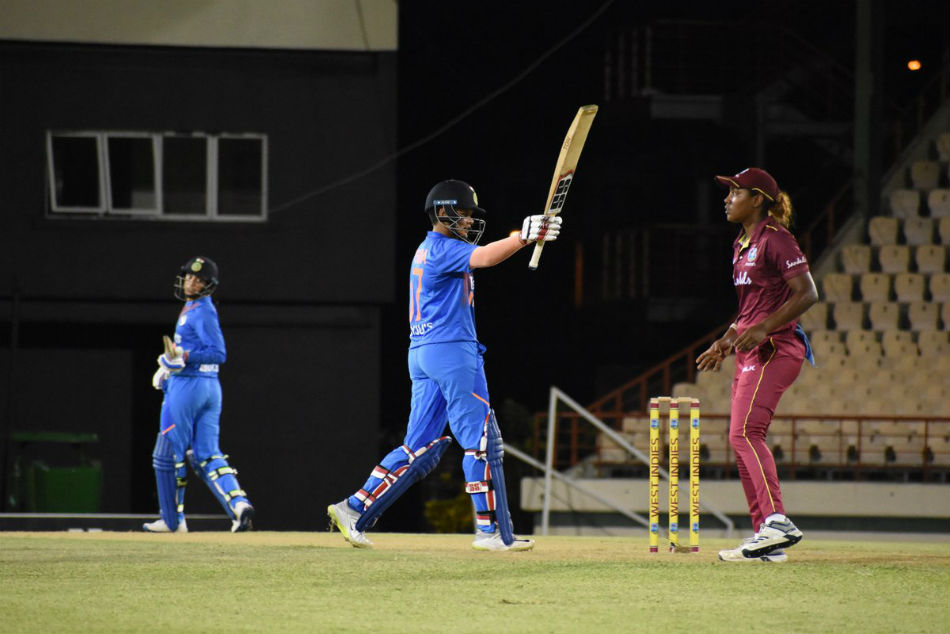 The Haryana teenager shared a record opening stand of 143 -- India's highest partnership in women's T20Is - with Smriti Mandhana to help her team post a challenging 185 for four after being asked to take first strike by the hosts.

Shafali, who had scored 46 in her career's second T20I against South Africa at Surat last month, exploded in the second over, smashing Shakera Selman for two fours and a six.

Yesterday Shafali Verma against West Indies Women made 73 at Gros Islet in the Women's T20I match.
At 15 years 285 days, she became the youngest to register a fifty score for India in an international cricket match!
Sachin Tendulkar was 16y-214d when he made his maiden Test 50.

She then launched an assault on Chinelle Henry, crossing the fence four times before depositing one at the stands in the fourth over. The result was that she had raced away to an 18-ball 43 at the end of the powerplay.

Shafali and Mandhana took India past the 100-mark in 10 overs before the former fell to Selman in the 16th over.

In response to India's total, West Indies were restricted to 101 for nine.

With the win, India have taken a 1-0 lead in the five-match series.

The explosive 15-year-old Shafali Verma scored her maiden half-century in the first T20I against West Indies Women today in St Lucia. Shafali is the youngest Indian ever to score an int'l fifty👏🏾👏🏾 #TeamIndia pic.twitter.com/O2MfVdNBOv