Mumbai, February 25: Indian medium pacer Shikha Pandey on Monday said minor technical changes made by coach W V Raman has helped her to register career-best figures in the series-clinching win over England in the second ODI of the ICC Women's Championship here. 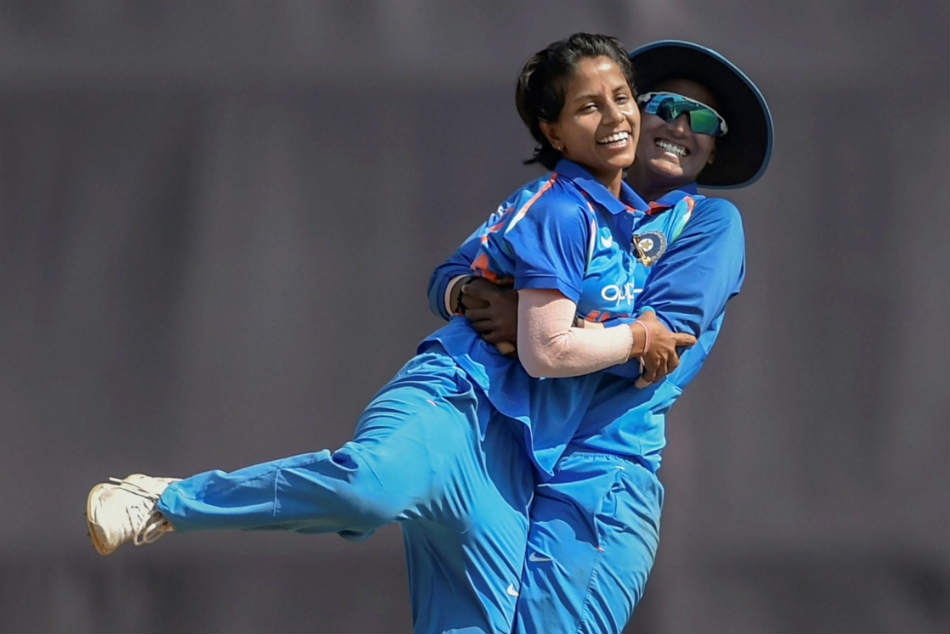 Snubbed from last year's World T20 squad, Pandey returned to the side with a bang and registered career-best figures of 4 for 18 to help India beat world champions England comprehensively by seven wickets and take an unassailable 2-0 lead in the three-match series.

"There were a few technical issues, which were brought into my notice by Raman Sir. I was very surprised that I did not realise those (issues). He has been that assuring face in the dressing room," Pandey said.

"He is someone who you can speak about bowling and he is always there with an opinion about it. I would say, he caught the flaw during the Challengers (he had come down to see the Challengers). Those minute things actually helped a lot," she added.

India go 2-0 up with a seven-wicket win!

Smriti Mandhana's half-century and 47* from Mithali Raj lead the chase after four wickets each from Jhulan Goswami and Shikha Pandey helped set up victory against England in Mumbai.#INDvENG scorecard ➡️ https://t.co/YQJ27YTgUQ pic.twitter.com/aqi3LvYShX

Pandey and senior pacer Jhulan Goswami (4/30) wreaked havoc with the new ball to bowl out England women for 161, a target India chased down in the 42nd over by losing just three wickets.

"I am always happy if medium pacers take wickets. Today we (me and Goswami) picked up eight. I would commend ourselves for taking eight wickets, especially on Indian wickets which are not very pacer friendly. We are working very hard on it and I am happy that results are coming and I hope it continues," Pandey said.

Pandey was also full of praise for Goswami, saying over the years she had learnt a lot from the senior pacer.

"I have learnt a lot from her (Jhulan Goswami), her work ethics, for example. She is 35-36 and for her to continue her international career and bowl so well...as a youngster when I came into the side, I could learn from her. I could learn from the way she fights back in her second spell," she said.

"There are lot of things, the list is really long. For me it has been her work ethics. She is such a team player and is always ready for the team. If I could emulate 10 percent of that, I would be doing a great job."

Pandey refused to admit that she proved a point to her critics with her performance on Monday, especially after the World T20 snub.

"I know from where this is coming. Normally, I do not celebrate my wickets as much. It's just that getting dropped from the World T20 side was something which was not in my hands,” said Pandey, when asked whether the drop from T20 side fuelled her.

"I seem to be bowling well in the nets and I am just taking that confidence into matches. I wouldn't say that getting dropped from the T20 side has sparked something in me, that was never the case,” signed off Pandey.