I wanted to get him out on the first ball and that happened: Shoaib Akhtar on his first encounter with Sachin Tendulkar

Karachi, Aug 2: Former Pakistan pacer Shoaib Akhtar has recalled his first meeting with batting maestro Sachin Tendulkar and said he wasn't intimidated with the fact that he was going to bowl against of the greatest cricketers of all time.

By the time Akhtar made his debut for Pakistan, Sachin had already earned the tag of 'God of Cricket' by fans.

Narrating his Test experience of bowling to Sachin in his maiden Test against India in Kolkata in 1999, Akhtar said he was pumped up to rattle the cricketing legend.

In an interview with Pakistani news channel ARY News, Akhtar said: "I heard Sachin was the god. I said this is a god? Iss ki khairiyat nahi. He didn't recognise me, and I didn't recognize him. He was in his own attitude and I was in my attitude. But I wanted to get him out on the first ball and that happened." 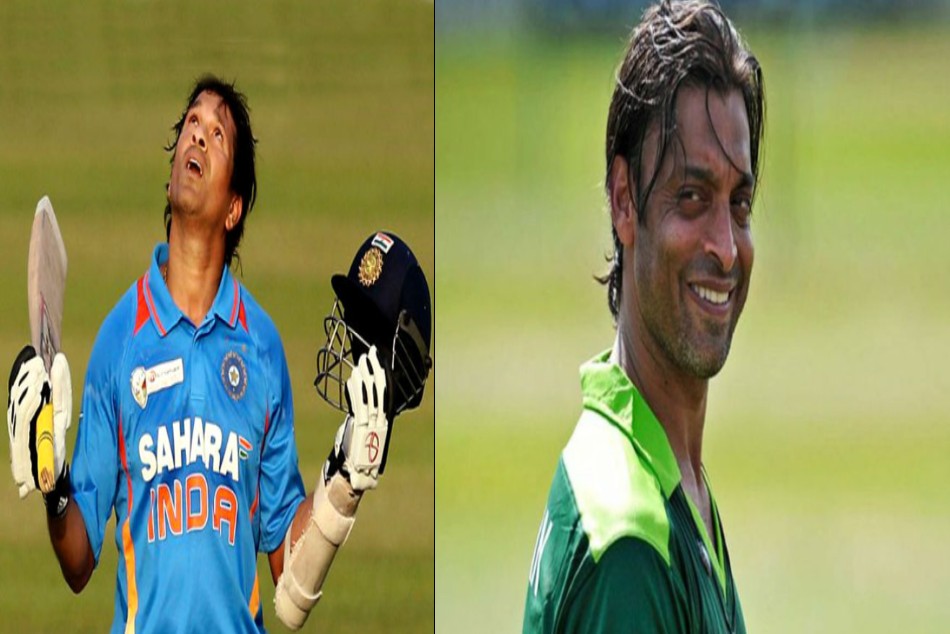 Akhtar - who had earned a reputation of being a fiery pacer - had clean bowled Sachin on the very first delivery he bowled to him. The 'Rawalpindi Express' also claimed the wickets of VVS Laxman, Rahul Dravid in he first innings. He finished with figures of 4/71 in the first innings and returned with another four-wicket haul in the second innings as Pakistan defeated the hosts by 46 runs.

Sharing an on-field incident with Akhtar, Sehwag told Bollywood actor Shah Rukh Khan during an award show how he silenced the Pakistani speedster with his witty response.

In the award show which was also attended by Pakistani cricketers, Sehwag claimed how Akhtar continuously challenged him to hook his bouncers and when the 'Nawab of Najafgarh' got irritated he told him to bowl a bouncer to Tendulkar and he would hook him.

Reacting on Sehwag's statement, Akhtar said: "Would he survive after saying something like that to me? Would I leave him? I would beat him up at the ground and then at the hotel. The story has been made up."