Openers Warner and Bairstow enjoyed a speedy first-wicket stand of 66 in the second innings to do the heavy lifting in a straightforward chase, having been set an underwhelming target of 136.

The Super Kings keenly felt the absence of captain MS Dhoni, out with a back problem, and Faf du Plessis' knock of 45 was the best they could manage in a frustrating batting effort.

Warner then made 50 and Bairstow (61 not out) was left at the crease to clinch a win that long seemed a formality, carrying his bat and sealing victory with a six. 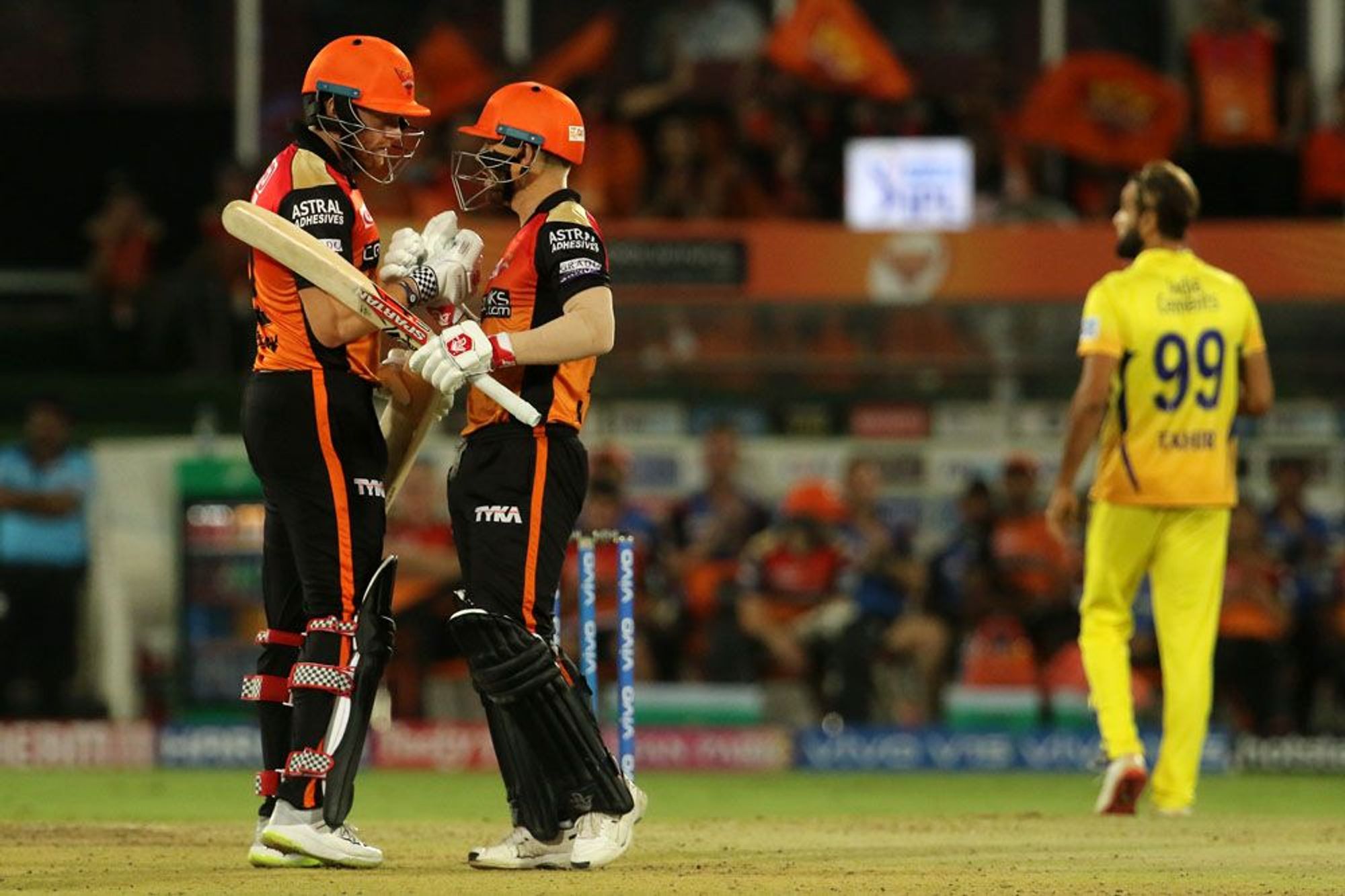 But then Shane Watson (31) and Du Plessis roared into life, building a partnership of 79 that included seven fours and three maximums - the latter all coming at the South African's hand.

The Sunrisers were therefore in dire need of a breakthrough when one finally arrived in the 10th over as Shahbaz Nadeem's delivery fizzed under Watson's bat, before Du Plessis sent Vijay Shankar behind and into the hands of Bairstow soon afterwards.

Those wickets completely changed the momentum of the match as the Super Kings never really recovered, losing both Raina (13) and Kedar Jadhav (1) lbw to Rashid Khan in the same over.

Without Dhoni to inspire the middle order, Chennai finished on a measly 132-5 thanks to some economical bowling.

The visitors' problems became worse still when Warner and Bairstow hit the ground running, making 66 - just shy of half their target - before the former's departure late in the powerplay.

CSK were able to get only 30 runs off the last 5 overs. That is something they will have to go and reflect on. Sun Risers on the other hand can breath a sigh of relief after having lost three consecutive games #SRHvCSK

His batting partners at the other end of the crease scored slowly and did not always stick around long - Kane Williamson scored three, Shankar seven and Deepak Hooda 13 - but the Super Kings could not shift Bairstow.

The England man faced down 44 deliveries and never looked like departing, making 61 with three fours and three sixes.

It was a maximum that secured the win with 19 balls remaining, sending Karn Sharma over the rope for a surprisingly routine result against one of the league's top sides.