New Delhi, December 24: Cricket Australia has revealed its Test squad of the decade and named India captain Virat Kohli as the captain of the side. Kohli is the lone Indian in the squad which comprises four England players, three Australians, two South Africans and one New Zealand.

The squad comprises five batsmen, one wicketkeeper-batsman, one all-rounder, three pacers and a spinner. England's captain and batting mainstay Joe Root failed to find a spot in the squad. 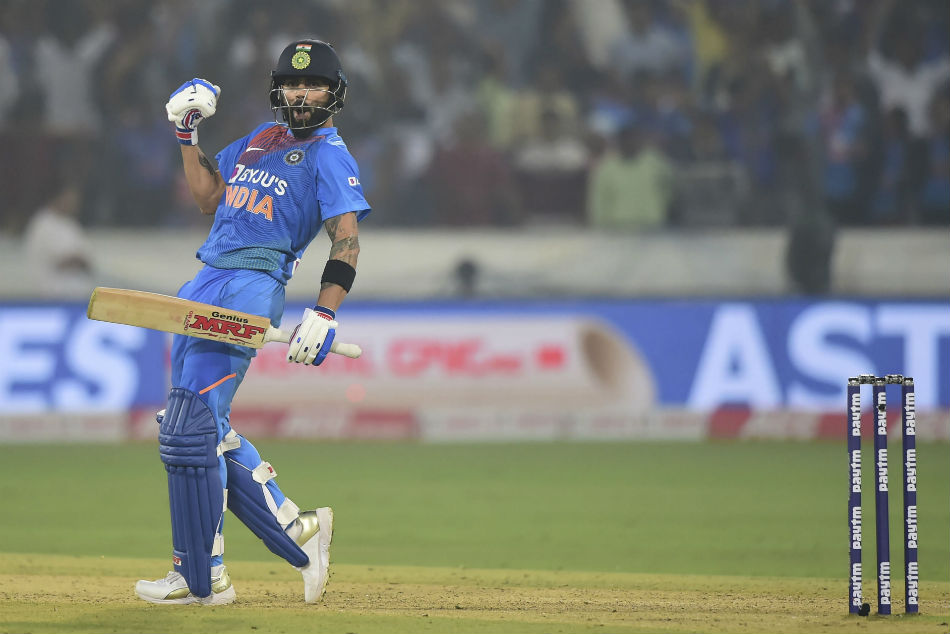 Virat Kohli gets most runs, centuries, man of the match, player of the series awards: Full details

Here are the players who made it to CA's Test team of 2010s:

England's legendary opener Alastair Cook has been named the opener of the squad. Before announcing his retirement in September 2018, Cook played 111 Tests in this decade and amassed 8818 runs in this period with the highest score of 294.

The explosive Australian opener played 82 Test in this decade and scored 7009 runs, including 23 tons and 30 half-centuries. The left-handed batsman from Australia posted his highest total 335 not out against Pakistan last month and had Australian captain Tim Paine not declared the innings he could have very well surpassed Brian Lara's 400 not out. Warner averaged 48.33 in this decade.

The New Zealand captain and batting mainstay played 77 Tests in this decade after making his debut in India in 2010. The stylish right-handed batsman, who is being dubbed as the modern-day legend, has scored 6370 runs and slammed 21 centuries with 242 not out being his highest total. Williamson, who scored 131 in his first Test innings, averages 52.21.

The Australian batting mainstay has been a phenomenon in the longer format of the game in this decade. The unorthodox right-handed batsman played 71 Tests and scored 7072 runs in this period.

Smith has notched up 26 centuries, 27 fifties and averages a healthy 63.14, which is the best amongst current players. He and Brian Lara are the only two players to twice score 700 runs in a Test series in the past 40 years.

In this decade, the world witnessed Kohli taking giant leaps in the cricketing arena who went on to establish himself as one of the greats of the game.

The right-handed batsman from Delhi played 84 Tests and scored 7202 runs and slammed 27 centuries.

Kohli averages a healthy 54.97 with his highest score of 254 not out came this year. India went to new heights since Kohli became a captain in 2014; he averages 63.80 in charge and his win percentage of 62.26 is the best of any India skipper.

The former South Africa cricketer is picked up in the side as a wicketkeeper for he has kept in 22 Tests for his team in this decade and made 84 dismissals. In 60 Tests he played in the 2010s, de Villiers has scored 5059 runs at an average of 57.48 and notched up 13 centuries with 278 not out being the highest.

The England all-rounder has had a sensational 2019 but his performance in this decade has also been pretty impressive. In 59 Tests, Stokes made 3738 runs and slammed eight centuries. The New Zealand-born cricketer picked up 137 wickets.

In the 2010s, the legendary South Africa speedster played 59 Tests and picked up 267 wickets and only James Anderson and Stuart Broad took more wickets among fast bowlers than him. Steyn had 15 five-wicket hauls in this decade and averaged 22.29.

The England pacer played 110 Tests in the 2010s and picked up 398 wickets in this period. The right-arm pacer bagged 14 five-wicket hauls and averaged 27.75. Broad started this decade as a talented youngster and established himself as a versatile bowler by the end of it.

The Australia off-spinner played 94 matches and picked up 376 wickets in this decade and averaged 32.14. Lyon claimed 16 five-wicket hauls in the 2010s and became a permanent replacement for Shane Warne in the Tests for the Baggie Greens. Lyon ends the decade with only Warne and Glenn McGrath ahead of him on the list of Australia's greatest wicket-takers.

The England pacer played 105 Tests in the 2010s and picked up a whopping 427 wickets at an average of 24.19 and emerged as the most prolific bowler of the decade.

The king of swing bagged 20 five-wicket hauls in this decade and was one of the biggest match-winners for England in this decade and established himself as a legend of the game. Having earned the tag of a home-track bully, Anderson took 163 wickets in 29 away Tests this decade.