Indian colts overcome a spate of COVID positive cases as captain Yash Dhull, his deputy Sheikh Rasheed and four other teammates had tested positive for the deadly pandemic, forcing them out of the Group B World Cup game against Ireland. 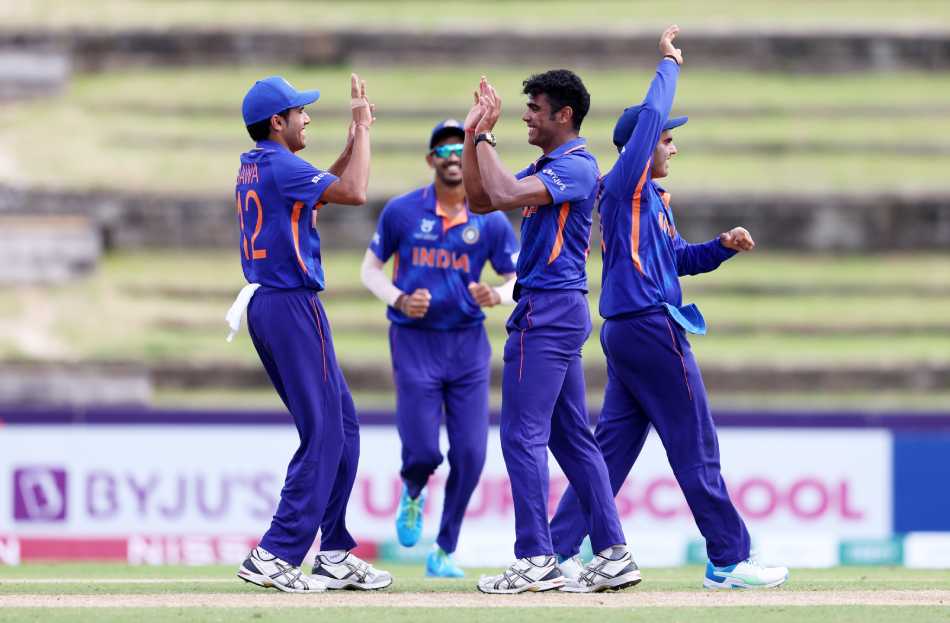 Still, four-time champions India stormed into the quarterfinals with a massive 174-run win in the match, in which they barely managed to field a playing XI. Laxman was impressed by the team's ability to emerge comfortable winners in face of adversity.

"Tremendous show of character and maturity from the U-19 team. With just 11 players available for today's game, to go out and express themselves the way they did was phenomenal. Can't say how proud I am of them! The Ireland match is one they will cherish for life," Laxman tweeted.

Apart from Dhull and Rasheed, batter Aaradhya Yadav, Vasu Vats, Manav Parakh, and Siddharth Yadav were also found infected with the virus. As part of his job, former Indian batter Laxman is also directly involved with the developmental teams which include India A, U-19, U-23 teams.

Laxman is currently in the West Indies, overseeing the performance of the young Indian players. Put into bat at the Brian Lara Stadium on Wednesday (January 19), India rode on Harnoor Singh's brisk 88 and his opening partner Angkrish Raghuvanshi's run-a-ball 79 to post a challenging 307 for five. The Hrishikesh Kanitkar-coached side then bundled out the opposition for 133 in 39 overs.